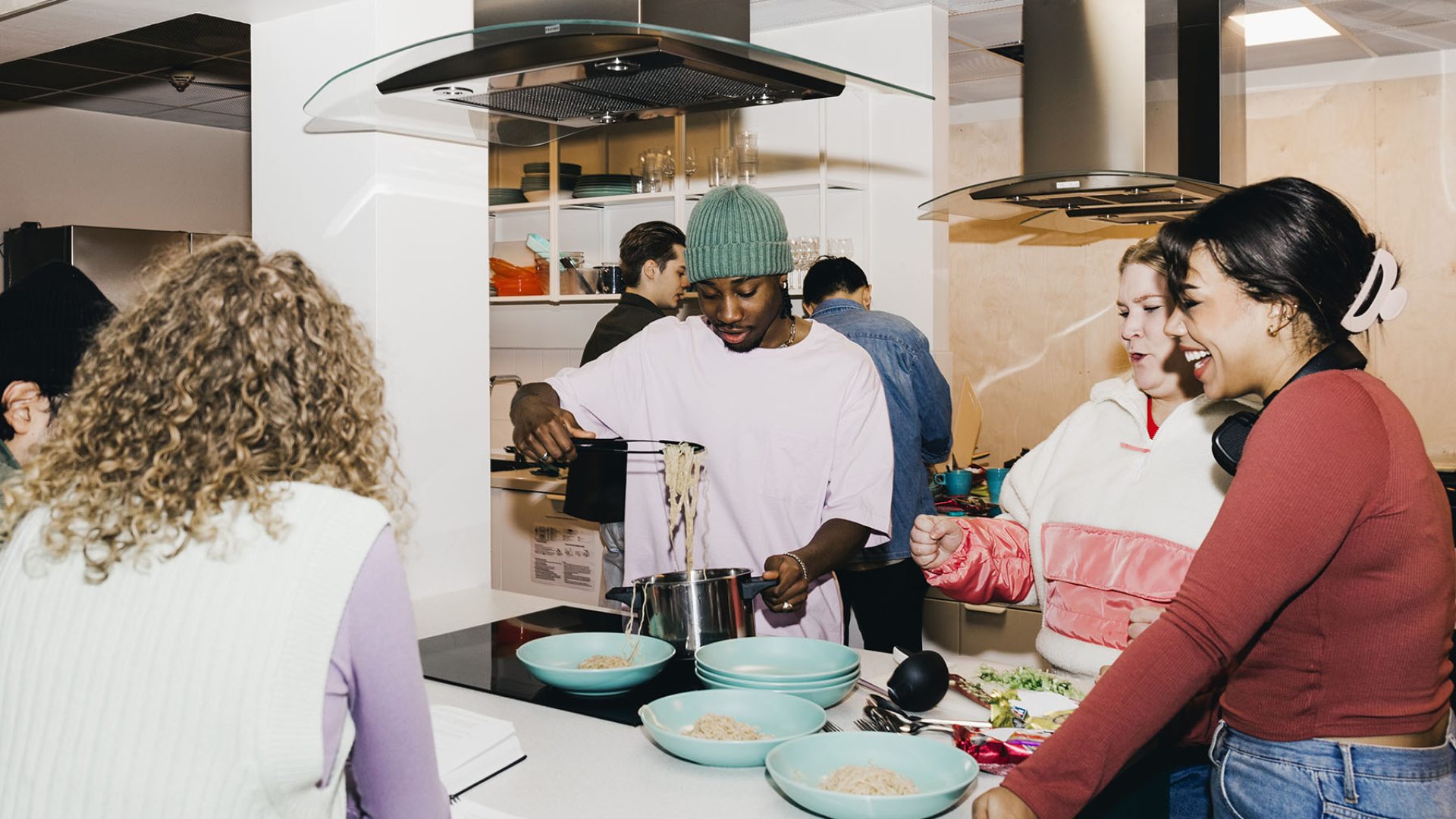 Study abroad in France: a guide to French universities

To study abroad in France, learn about the French university system, required qualifications, how to apply, fees, scholarships, accommodation, and student life.

If you’re looking to study abroad, higher education (enseignement supérieur) in France attracts many international students. With high-quality French universities, grandes écoles (similar to Ivy League universities), as well as specialized schools offering a wide range of courses at nominal fees, it’s no surprise that France attracts a quarter of a million foreign students who study abroad in France every year.

More than 287,000 international students come to study abroad at France’s universities and higher education institutions every year, making it the fourth most popular student study destination abroad after the US, UK, and Australia. A third of French PhDs are awarded to students from outside France, and almost half of all academic papers are co-authored with at least one foreign colleague.

France is committed to a policy of treating French and international students equally, with identical and very low tuition fees for courses leading to national diplomas (degrees), and the same access to benefits, such as housing assistance and health insurance

This this guide to studying in France:

Each institution sets its own calendar but the academic year usually starts between 15 September and 1 October and ends at the end of June/beginning of July. There are holidays around Christmas/New Year, February, and April, as well as public holidays in France.

Types of universities in France

France has around 250 elite institutions called grandes écoles, 83 public universities, as well as many other research institutes and specialized schools.

Grandes écoles are the most prestigious higher education institutions in France, producing many politicians, top civil servants, and scientists. The two highest French universities in the THE world rankings – the École Polytechnique and École Normale Superieure – are grandes écoles. They usually specialize in a single area, often business or engineering, although some offer a wider range of subjects. In fact, admission is by highly competitive entrance exams. They can be either public or private. They teach many programs in English and enroll about 30,000 international students.

About 80% of university students in France go to a public university; 10% of these are international students. Anyone who holds the baccalauréat (or equivalent) can enroll in French universities, which offer training in all disciplines. Public universities are funded by the French government and also often include internships.

Many universities, research and specialized schools are grouped together in higher education and research clusters or PRES (pôles de recherche et d’enseignement supérieur) collaborating on courses, research, and resources. Sometimes degrees are awarded by the PRES rather than individual institutions. In fact, there are some 20 PRES in France.

French degree courses at universities follow the Bologna ECTS (European Credit Transfer and accumulation System). Under the system, one credit corresponds to the student workload required to successfully complete the course modules; these credits can be accumulated and transferred. There are three levels of national diplomas (diplômes nationaux) awarded in France:

In the grandes écoles students have two years of preparatory study (CPGE or prépa) in a grande école or other school before sitting entrance exams for three-year programs at one or more of the grandes écoles. At the end of the five years students are awarded their school’s diploma which is the equivalent of a master’s degree.

There are many grants as well as scholarships available to international students, from licence up to post-doctorate levels.

The French Ministry of Foreign and European Affairs offers grants to international students, either through the Ministry or through the cultural departments of French embassies and consulates world wide. For example, the Eiffel Excellence Scholarship Program offers scholarships in engineering, science, economics and law at master’s and PhD levels.

France is signed up to the Erasmus program, an EU initiative which allows students from one European country to study or gain work experience in another. The Erasmus Mundus program is open to non-Europeans, with grants for master’s, doctoral and special partnership projects. For more information, see Erasmus+France

The French Ministry of Higher Education and Research offers grants to foreign students who have lived in France for at least two years and whose residence for tax purposes is France, plus for doctoral and post-doctoral research.

Regional councils award grants to students enrolled in local institutions sometimes in collaboration with a public research body, such as the Centre National de la Recherche Scientifique (CNRS) or a private company.

There may be other grants available under exchange agreements with universities outside France; in general, students have to already be enrolled at the university in the home country and nominated for an award. Individual universities may also offer financial assistance themselves; ask at the university’s international office.

American students may also be able to study in France on a grant through the Fulbright US Student Program.

For even more information and to search for a grant or scholarship suited to you, see the CampusBourses database.

Applying to a French university

The procedure you follow depends on your nationality, where you currently live, as well as what and where you want to study in France. You can apply to as many universities as you like.

If you’re an EU or EEA national you can apply directly to the university of your choice using the same online post-baccalaureate process as French students: Admission post-bac or APB.

Students from outside the EU/EEA

> Online ‘CEF’ procedure
Students from 33 countries have to use the online CEF procedure offered by the government agency Campus France to apply to a French university and get a student visa. Campus France offers information and advice of different university programs and your application procedure. They also process your application, verify your qualifications, and schedule language tests. They also have worldwide offices you can visit.

If you come from one of the following countries, click on the link to begin the process by creating your personal file:

> Applying to other institutions
If you want to enrol at an institution other than a university or institute of technology, then you have to use the online Admission post-bac or APB procedure, even if your country is listed above.

> Applying from other countries
If your country is not on the list, and you want to go enter at the first or second level of university (licence) or first year of a health or architecture degree, you must submit an application for preliminary admission (demande d’admission préalable or DAP) to the cultural service of the French embassy or consulate in your home country. The DAP process begins in January of each year.

For any other university level course (e.g., a master’s) you can apply directly to a French university using the online Admission post-bac or APB procedure.

Each university and other higher education institution sets its own admission criteria for its programs and makes decisions based on an individual’s educational background and the requirements of the program.

To enrol for a Bachelor’s degree at a French university, you should usually hold a baccalaureate or the equivalent foreign school-leaving certificate, such as the International Baccalaureate (IB), British A levels or the US High School Diploma.

To be admitted to a master’s program in France, you usually need to hold a Bachelor’s degree. For more information about the recognition of foreign university qualifications, see ENIC-NARIC France.

Language skills for admission to a French university

Most undergraduate courses are taught in French and you will need at least an intermediate level of French. You may be asked for proof of your language skills, such as the B2 (intermediate) certificate in the Diplôme d’Études en Langue Française (DELF) or sometimes the C1 (advanced) certificate Diplôme Approfondi de Langue Française (DALF), or be asked to sit a language test.  For more information on French language courses and assessments, see the CIEP website.

Otherwise, there are a large number of courses at postgraduate level designed for English-speaking students. You can find a list of them here.

Cost of studying in France

International students pay the same tuition fees as French students. The French government subsidises state higher education so fees are extremely low in French universities. The 2014-15 annual tuition fees at state educational institutions as set down by law are:

Tuition fees are much higher at private institutions, especially business and management schools, and are generally between €3,000 and €10,000 per year. Top management schools can charge up to €30,000 a year, however.

You have to support yourself while you’re studying in France: allow for a monthly budget of around €1,000 in Paris and €800 elsewhere.

University residences (Citiés-U) both on campus and in towns are managed by regional student-services agencies called CROUS/CNOUS. They are the cheapest form of student housing (around €120 per month for a single room) and you’ll need a guarantor. You stand the best chance of securing a room if you hold a French government grant, are on an exchange program, or you’re in your second year of a master’s or doctoral course.

You’ll find private student buildings near most universities in France, with facilities including common rooms, cafeterias, laundry, staffed front desks, garage spaces, and even maid services. Rents are around €600–700 per month in Paris or €400–700 per month elsewhere, and you also need a guarantor. You can also rent privately. Contact the university housing office and student service, or CROUS.

Grandes écoles and some private institutions have on-campus student accommodation, with rents around €250–350 per month.

You may also be able to apply for a grant to help pay for accommodation through CAF (Allocations Familiales).

French visas to live and study in France

Students from the EU/EEA don’t need a visa to come and study at a French university but almost everyone else will. If you are applying though the CEF procedure (see above), they will organise your visa for you. If you are not, you will also need to organise a visa through your French embassy/consulate once you have an offer of a place from the university. You’ll have to show evidence of your academic qualifications, study plans, proficiency in the French language (if appropriate) and prove that you have enough funds to support you while you’re studying in France  – around €615 per month.

For the first year of your studies, the visa is proof of your residency status, although you will still need to register with the immigration office after you arrive. From the second year onwards you have to apply for a Carte de Sejour. For even more information, see Expatica’s guide to French student visas and permits.

After you arrive in France to start your studies, you must register at the university at the beginning of the academic year to complete your enrolment. You’ll be asked to enroll in the national student health plan and you’ll also receive your student ID.

Working while you’re a student in France

Students from within the EU/EEA can take on paid employment alongside their studies without restriction, as long as your university participates in the student health care plan (social security).

Everyone else can work as long as they have a French residence permit. Students can work a maximum of 964 hours a year. Graduates from master’s programs or above, can apply for a non-renewable permit to stay in France for a further year, working under the same conditions. See French student visas and permits.

Tips on student life in France