Learn everything you need to know about French trains, buses, metros, and more with our guide to French public transportation.

Understanding the local public transport system in a new country can be challenging, particularly if you don’t speak the local language. If you’re an expat living in France, it doesn’t matter whether you’re commuting in Cannes or touring around Toulouse, it’s a good idea to know what to expect from French public transport (transport en commun).

To make sure you have everything you need to know, our guide to French public transportation includes the following information:

Want to get away from it all for a few days? Whether you're traveling to Lyon, Limoges or even London, Omio has the right French transport options for you. On their easy-to-use website, you'll be able to search, compare, and buy the best deals on trains, buses, flights and more. Choose your next destination and expand your horizons with Omio

Public transport in France is generally of a high standard, meaning it’s easy to get around the country by train, bus, metro, and more. Furthermore, it has excellent rail and road links with neighboring countries.

You can make your commute a lot simpler by downloading an app and viewing your options from the comfort of your phone. France has several apps available to help you with transport. For example, Citymapper currently covers eight French cities, including Paris, Lyon, and Marseille. You can use the app to plan your journey, find timetables, and check for disruptions.

There are also France-specific apps available. For instance, if you’re taking a longer trip by train, SNCF (French rail company) has you covered. Their app, Assistant SNCF, provides integrated maps, live updates, and a journey planner. It’s a great bet if you’re traveling by any kind of train, as it covers RER, commuter trains, buses, light rail, TER regional trans, the TGV, and Intercity trains. It’s also possible to view bus routes from the app. For city-specific apps, check out:

Taking the bus in France

If you travel around much of France on public transit, you’ll soon discover that the humble bus is the most prevalent form of transport in the country. Whether you’re moving between suburbs in a large city or traveling through rural French villages, you’ll probably find that the bus is your best option. It’s also a great way to explore parts of your new home you otherwise wouldn’t get to see.

Local buses in France are operated at a local or regional level, either serving large towns and cities or connected rural villages with regional centers. You can buy tickets in advance at a machine at the bus stop, a local tobacconist (tabac), or on-board from the driver. It’s better to try and use the correct change if possible, although most drivers will have change. Tickets are available both as single or multiple journeys and you must validate them when you enter the bus.

Top tips for traveling by bus in France

Getting on a French bus? Read these helpful tips beforehand:

France is one of the largest countries in Europe, and distances between major cities can be surprisingly long. While many locals and visitors choose high-speed trains to get around the country, this isn’t possible or affordable for many people. Fortunately, France has undergone something of a long-distance coach revolution following the liberalization of the market in 2015. These days, there are a number of coach options, operated by Ouibus, Eurolines, and Flixbus.

These inter-city and inter-regional coach routes offer a convenient – and much cheaper – alternative to get around the country. Most cities will have a coach station (gare routière) where you can catch long-distance buses. There are usually more options in areas not serviced by France’s TGV high-speed train. International coach travel is also available from France to destinations throughout Europe.

Check out these tips before traveling by long-distance coach in France:

Traveling by metro in France

One of the most efficient ways to move around some French cities lies under your feet. Rennes, Toulouse, Lyon, Marseille, and Lille all have metro systems connecting outer neighborhoods to the city center. These networks are often the quickest and most efficient ways to travel in these cities. Tickets can typically be used across all modes of transport in their respective cities, allowing you to easily move through the city.

However, the biggest French metro network by a considerable distance is in Paris. The network has around 300 stations and covers the vast majority of neighborhoods in the French capital. The system is operated by RATP, the state-owned transit authority of the Paris region. Single and multi-journey (un carnet) tickets are available. Single tickets are valid for one journey, including all connections, of up to two hours. Navigo monthly and annual passes are also available for commuters.

Top tips for traveling by metro in France

With spectacular countryside to enjoy and relatively long journey times between cities, train travel in France can be an absolute delight. French trains are operated by the state-owned SNCF (Société nationale des chemins de fer français). This includes the high-speed TGV (Train à Grande Vitesse) and slower regional and intercity trains. Most major cities in France have connections to the high-speed network, making this the most popular and efficient mode of French public transportation.

Compared to some other European countries, train travel in France is relatively inexpensive, particularly on non-TGV Intercités routes. Catching the train can also make a nice change if you’re planning to travel internationally, as well, with day and sleeper trains available across France’s borders. If you live near Paris, you can also catch the express commuter train service, the RER (Réseau Express Régional), which directly links the satellite areas with central Paris.

Top tips for traveling by train in France

Hopping on le train? Check out these top tips before you go:

Traveling by tram in France

Are you looking for a way to combine the street-level vistas of buses with the excitement of track-based travel? Then you’ll probably like traveling by tram in France. Despite closing most of its tramways in the mid-20th century, the country made a U-turn a few decades ago and these days leads the world in tram travel. Since 2000, around 20 French cities have re-opened their tram networks, revolutionizing local mobility.

Due to their relative newness, French trams are surprisingly clean, modern, and affordable. In many French cities, they also provide the quickest and most efficient transportation into central areas. Trams can typically be used in conjunction with other local transport options as part of single-journey tickets. You can buy tickets in advance from a machine at the tram stop or your nearest train station.

Top tips for traveling by tram in France

Traveling by tram? Make sure you read these helpful tips beforehand:

France has one of the most developed air travel infrastructures in Europes, with a large number of airports across the country. The two busiest French airports can be found in Paris – Charles de Gaulle and Orly, respectively. However, many of France’s airports are small, regional hubs. These offer only a handful of daily flights to both domestic and international destinations.

Where should you live in France? Find out with our guide

Larger French airports have a range of shops and restaurants, while smaller provincial airports will usually have at least a snack bar and tobacconist. Most airports have public transport connections (typically a bus), although these services can be temperamental and often only run in peak tourist season. Make sure to check ahead to avoid disappointment.

Top tips for traveling by plane in France

Heading to your nearest French airport? Read these top tips:

Whether you’re heading to the station with suitcases or you’ve missed the last metro home, sometimes a taxi is the best transport option. Luckily, France has plenty of taxis. These are licensed at a local level, with authorities imposing strict rules on roadworthiness, passenger capacity, and working hours. Private minicabs don’t exist and, generally speaking, all taxis operate similarly across the country.

In larger cities like Paris and Marseille, you can typically hail taxis in the street. Alternatively, you’ll find taxi ranks outside train stations and in busier business and entertainment districts. The final way to get a taxi is to call for one. This can be a good option if you’re in a quieter area, although you’ll probably need to understand at least basic French to speak to the operator. Ride-sharing apps also operate in many large cities.

Top tips for taking a taxi in France 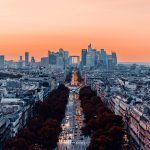 Getting a French driver’s license