Before diving into the world of Belgian chocolates, comics, and beer, there are a few necessities expats need to take care of during their first week in Belgium.

You have successfully braved the immigration gauntlet and been rewarded your Belgian visa. Now you’re in the heart of Europe, ready to indulge in the home of frites, waffles, and more than 500 types of specialty beer.

But before you immerse yourself in Belgium’s rich history and sample fine Belgian foods, there are a few official processes that need to be completed. Even if you’ve been living in Belgium for a while, there might be a few points you haven’t mastered yet during your expat life in Belgium. Here is a checklist for the first 10 things you need to do after you arrive in Belgium, from the very first week after you land.

1. Report to immigration and register your address

You must first register with your local municipal administration office/town hall (maison communale/gemeentehuis) upon eight days of arriving in Belgium. This procedure only applies if you plan on staying in Belgium for more than three months. If approved, you will be issued a Belgian eID-card (electronic ID) after several weeks; your electronic foreigners’ identity card acts as your residence permit and should be carried on you at all times.

To avoid headaches, have all the right documents at hand: passport, the contract for your apartment/house, at least four passport-sized photos, and proof of health insurance and sufficient financial means (ie. work permit, scholarship, pension papers or other financial guarantees).

The registration procedure is the same throughout the country but individual communes have different ways of implementing it, so check before you go.

Having your own Belgian bank account will make living simpler and in some cases may be requested, for example, to receive your salary or pay rent. There are many large and small banks in which foreigners can open an account (compte à vue/zichtrekening). The main Belgian banks include ING, BNP Paribas Fortis and KBC, plus there are several financial providers that offer expat-specialised services (foreign languages, for example).

To register for a current or checking account, you will need a passport or your Belgian eID-card as proof of identity, along with proof of residence. If you’re interested in having a savings account or credit card, banks will advise you on specific requirements and yearly fees.

As a small country, there are many viable options for those willing to commute; many rural areas to live around Belgium offer spacious living and close proximity to city amenities. Otherwise, Brussels’ neighborhoods offers everything from cosmopolitan neighborhoods in the city’s heart to family-friendly and green suburbs well-connected to the center.

Whether you plan to rent or buy a house in Belgium depends on how long you plan to live in the country. If you’re renting in Belgium, the standard nine-year lease is actually more flexible than short-term contracts, which can be fixed up to three years but if terminated early, a renter may be forced to pay out the full rental period. Nine-year leases, on the other hand, can be broken with three months’ notice; a penalty of up to three months’ rent applies within the first three years, after which no penalty applies.

Buying a house in Belgium involves much paperwork and follows a strict procedure. Property transactions costs are high plus a capital gains tax of 16.5% applies to properties sold within five years of purchase, making short-term investments significantly less profitable. However, property prices in Brussels and around Belgium are typically lower than in neighboring countries, making the market ripe for long-term expats or investors.

If you decided to follow the homebuyers’ route, you need to set up your Belgian utilities in your new home or have them transferred from the previous owner into your name. There are several online websites that allow you to compare prices of electricity, gas, water, and phone suppliers in your region.

To get a landline or internet in Belgium, you must first register a line with Belgium’s national telecom provider, Belgacom. A subscription activates the landline connection, after which you are free to sign up for telephone and internet services from any company.

For mobile phones, there are three main providers to choose from – Base, Mobistar, and Belgacom/Proximus – although many competitors are increasingly offering mobile services in combination packages, for example, Telenet.

Television licenses no longer apply in both the Flemish-speaking and Brussels regions, but you will need to pay a fee (around €100 per household) if you live in the Wallonia. A tax also needs to be paid for car radios, one per car. You should file a declaration at your local commune within 30 days (also downloadable from www.wallonie.be).

5. Signing up for healthcare

The Belgian healthcare system is one of the in Europe. Employees and self-employed residents must sign up for Belgium’s state-sponsored health insurance schemes (or mutuelle) to claim partial reimbursements of their medical costs.

Belgian health insurance could be obtained only after you’ve received your eID-card and registered for social security. Once you are signed up, you are free to join any mutuelle; you may find some are tailored to expats, such as providing information in English.

Before starting your job hunt, make sure your CV and motivation letter follows the proper Belgian format and that you’re aware of Belgian interview etiquette. You can start your job search online or sign up with agencies that specialise in finding work for expats.

Find out if you are eligible for Belgium’s expatriate tax status. Generally, Belgian residents are taxed on their worldwide income but certain groups — foreign executives, specialized foreign staff, or foreign research staff — can qualify to be taxed only on their Belgian-sourced income, in a similar way to non-residents.

There are several conditions that need to be met but those granted the special tax status can also claim partially tax-free expatriate allowances and expense reimbursements.

8. Getting around: public transport

Getting around Belgium is simplified by the efficient public transport networks in Belgium. Its integrated train, tram, metro, and bus systems allow for quick transfers between different transport types. In Brussels, the city public transport is run by STIB/MIVB while bus transport outside the city is handled by De Lijn in Flanders and TEC in Wallonia.

Increasingly across Belgium, the MOBIB-card is replacing old magnetic and paper tickets, which will be completely phased out in some areas in the coming years. The card costs €5 and lasts five years, and you can load on any kind of ticket or season pass onto it.

Transport links around the country provide great weekend getaways destinations, and there are various ways to save money, such as half-price return travel on weekends or a B-excursion pass, which includes transport and admission to attractions. Along the Belgian coast runs the world’s longest tram route, which provides access to the entire coastline from the French and Dutch borders. Read about the best places to visit in Belgium, or Belgium’s top festivals.

If you plan on driving in Belgium, certain foreigners are required to exchange their foreign license for a Belgian driver’s license. If no agreement is in place with your citizen country, you may be required to pass a driving and theory test first. You can read more about licenses and Belgian road rules in this guide to driving in Belgium.

Once you have successfully cut through all the red tape, it is time to let those itching feet explore the local and expat scenes in Belgium, meet the community and learn the quirks of Belgian culture. Get to know your new neighbors and meet locals or fellow expats by joining an expat group in Belgium or try Belgian food.

There are many stunning historic buildings to visit and quaint, cobbled market squares to sip coffee, such as Brussels’ Grand-Place, the city’s medieval main square which hosts a daily flower market from March to October. There are masterpieces in galleries and museums in Brussels like the Royal Museums of Fine Arts or the Centre Belge de la Bande Dessinée, which houses creations from Belgium’s most lauded comic strip and cartoon artists. The quirky side of Belgian culture can be best seen at Manneken-Pis (although don’t believe all the myths of Manneken-Pis).

The best time to explore Belgium, however, is during the colorful burst of Belgian festivals, such as the famous three-day Carnaval de Binche – watch out for flying oranges! – the biennial Zinneke Parade or the Parade of the Giants. You can also enjoy many green spaces around the city or take a bike tour around your new home.

Living in the big city wouldn’t be complete without delving into the gastronomic scene in Brussels and gorging on delicious chocolates, waffles, and moules frites, for which Belgium is famous. Pair that with a few of the hundreds of different types of specialty Belgian beers and you’re on your way to being a full-fledged Belgian adoptee.

Moving to Belgium: the ultimate checklist 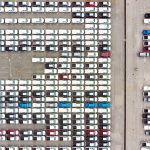 Importing a car into Belgium 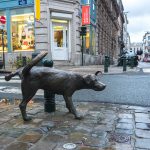