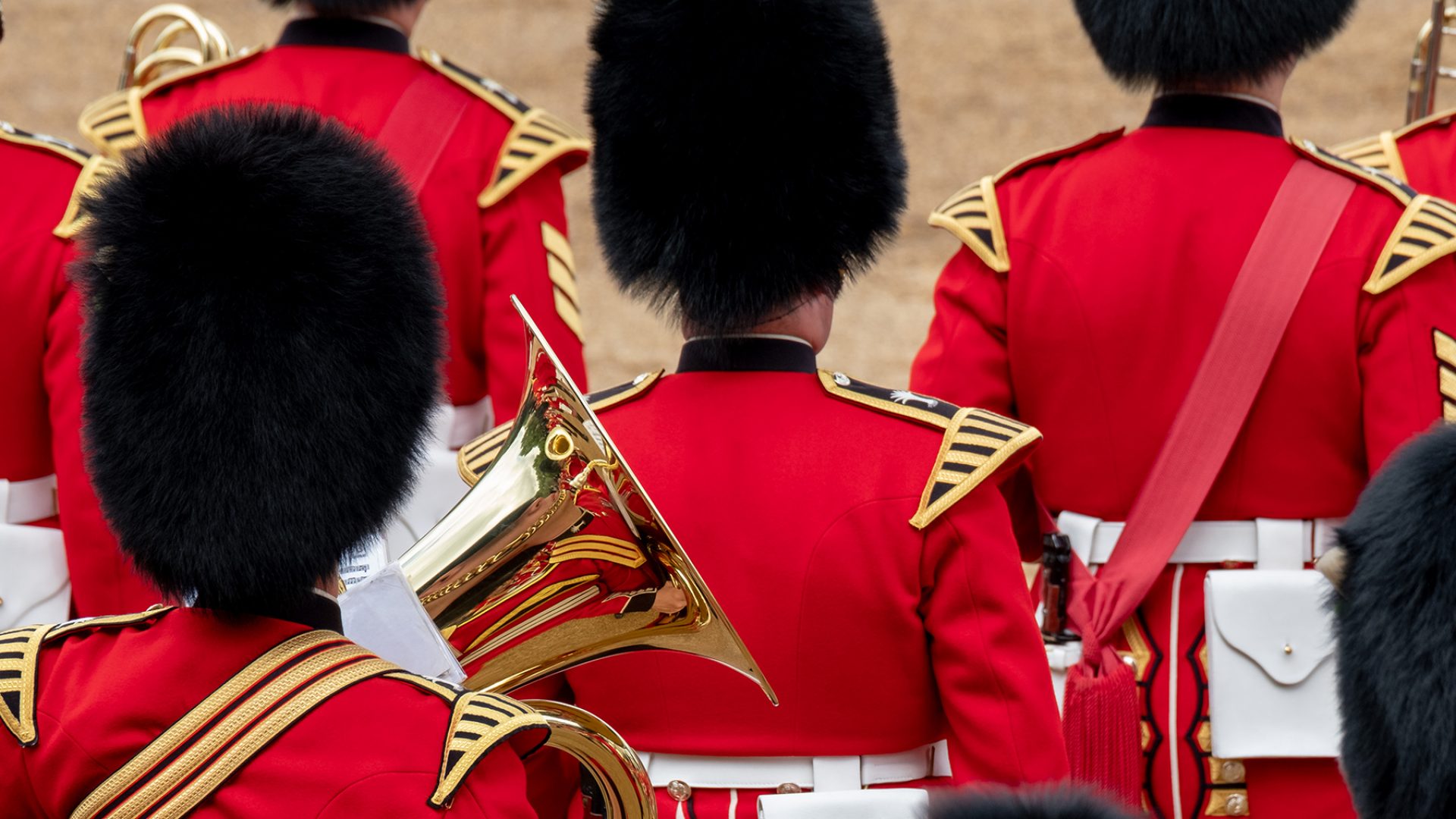 30 interesting facts about the United Kingdom

There’s more to the UK than fish and chips. From royal weddings to enormous libraries, get to know the United Kingdom with these 30 fascinating facts.

How well do you know the United Kingdom? Here are 30 interesting facts to prepare you for visiting or living in this historic country. Get ready to test yourself on how many of these United Kingdom facts you already know and prepare to discover some interesting new information about the UK.

1. We do love to be beside the seaside

The UK’s coasts are famous around the world, from stunning winding walks and clifftop landscapes to golden sandy beaches. Indeed, England alone boasts more than 70 beaches with the coveted ‘blue flag’ status, the global gold standard of beaches. While the weather in the UK isn’t always great, if you do find a sunny day you’ll never be far from a great day out – nowhere in England is more than 113 kilometers from the sea.

The United Kingdom is probably better known for its beer than its wine. But while champagne itself comes from the famous French region of the same name, the well-known Dom Pierre Perignon might not have been the inventor of this bubbly beverage. In fact, thirty years earlier, the English scientist Christopher Merret documented how winemakers in the country were adding sugar to their wines to make them fizz. So, no, the English didn’t invent champagne, but they do have a surprisingly long history of making sparkling wine.

London’s transportation system is one of the oldest in the world – and also one of the largest. Impress your friends with these facts and stats about the United Kingdom’s largest transport network: the 272 functioning stations of the London Underground boast over 450 escalators (the longest is at Angel in north London), but there are another 40 stations that aren’t even used anymore. That’s before we even mention the 9,300 famous red buses and their 19,000 bus stops.

4. One Welsh town has the longest name in Europe

Road signs in Wales tend to be written in both Welsh and English, but some of the more complicated spellings might still flummox you when you’re in Wales. Llanfairpwllgwyngyllgogerychwyrndrobwlllllandysiliogogogoch is one of the longest town names in the world – but don’t worry – most people choose to shorten it to the more manageable Llanfairpwll.

5. Stonehenge is older than the Pyramids

We often think of the Pyramids of Giza as being one of the oldest monuments in the world. And it is, but there are even older constructions in the UK. Located in the south-west of England and one of the UK’s most famous tourist attractions, Stonehenge was believed to be created in around 3000BC, meaning it’s older than Egypt’s pyramids.

6. The UK is made up of a lot of islands

Great Britain and Ireland are the two main islands that make up the British-Irish Isles. However, there are many, many more – some estimates put the number at around 6,000, depending on the tides. In Scotland, Wales, and England alone, there are 82 islands with an area of more than 5 square kilometers. Scotland has the most islands, including the third-largest of the archipelago: Lewis and Harris.

You might have heard about people turning 100 getting a telegram from the Queen. In the modern day, it’s actually a personalized card, and it’s not just limited to your hundredth birthday. In fact, in the United Kingdom, you can apply for one for your 105th birthday too – and for each birthday year after you turn 105.

8. The British really love their tea

Some stereotypes have a base in reality – and this is one of them. It’s a fact that people in the United Kingdom drink a lot of tea. The British consume about 100 million cups of tea every day – that’s nearly 36 billion a year. Unlike in most other countries, 98% of tea-drinkers in the UK add milk to their brew.

You might equate British food with fish and chips, a comforting roast dinner on a Sunday afternoon, or a steak and kidney pie, but UK residents actually once voted chicken tikka masala as the country’s national dish. It’s not certain who was the first to come up with the recipe for this mild curry, but it was popularized by British-Asian cooks in the 1960s.

Windsor Castle in south-east England is almost 1,000 years old and is the largest occupied castle in the world. The Queen has 7 residences in total across the UK, the most famous of which is Buckingham Palace in the center of London.

Read more about housing in the United Kingdom

11. The Queen doesn’t have a passport

Queen Elizabeth II has visited over 100 countries on official duties – but astonishingly, she doesn’t need to have a British passport. This is because British passports are issued in the name of the Queen.

12. One person is allowed to drink in parliament – occasionally

UK laws are thrashed out in the Houses of Parliament, but MPs aren’t allowed to drink in the chambers – with one notable exception. The Chancellor is allowed to consume alcohol in the House of Commons while they deliver the annual Budget speech, which outlines the government’s economic policies for the year.

14. The BBC is paid for by the public

Most TV channels in the UK show adverts in between programs, but those operated by the BBC (or British Broadcasting Corporation) don’t. This is because they’re paid for by a TV licensing fee. Every household in Britain that chooses to watch TV must pay annually for the license, which costs around £160.

15. Cheese rolling is a sport

Well, once a year anyway. While England might be more commonly known for football, cricket, and rugby, you’ll also find more left-field sports here, too. Indeed, once a year, competitors compete in a cheese rolling competition at Cooper’s Hill in Gloucestershire, where they chase a 7lb (3.2 kilogram) wheel of Double Gloucester cheese down a steep hill.

16. The pound is rooted in history

While the UK’s humble pound coin changed its design in 2017 – with older coins now only accepted at the bank – the currency itself remains the oldest one in the world that’s still in use, having clocked up an impressive 1,200 years.

17. The UK has more cities than you might expect

Although the UK isn’t a huge country, it has quite a lot of cities. There are 69 official cities – with 51 in England, seven in Scotland, six in Wales, and five in Northern Ireland. London is the largest, with a population of about 9 million, while the smallest city is St Davids in Wales, which has about 1,850 people living there.

18. You can walk the length of the mainland

And people regularly do it for charity, too. The longest mainland distance in the UK is from Land’s End in Cornwall to John o’Groats in Caithness – a total of 1215 miles (1956 kilometers) to walk. If you decide to drive the route or cycle, you can shorten it considerably: to 837 miles (1350 kilometers). It’s also possible to complete the route by public transport, if you’re feeling adventurous.

19. London has the one of the largest libraries in the world

The sprawling British Library in King’s Cross, London, has over 170 million items in its catalog. If you lay all of its shelves end to end, it would be 746 kilometers long and could stretch from London to Aberdeen – and it’s growing every year. The library contains millions of books, stamps, manuscripts, newspapers, and digital items.

Golf was invented in the form we know today in St. Andrews in the 15th century. For a short time in the 1700s, the King banned it because it was interrupting archery and military practice. Scotland still boasts some of the finest ‘links’ courses in the world.

21. Scotland has a famous monster

The Loch Ness Monster (known affectionately as Nessie) supposedly dwells in Loch Ness. While this creature is of course mythological, many people have claimed to have sighted her in recent decades.

22. London has the world’s longest-running show

Agatha Christie’s The Mousetrap has been running since 1952, which makes it the longest-running show of any kind in the world. It started life as a radio play, which was originally called Three Blind Mice, and follows the story of seven strangers snowed in at a stately home in the countryside.

23. Stamps originated in the UK

The United Kingdom was the first country to use postage stamps. The first stamp was known as the Penny Black and was issued in May 1840. It’s not as cheap to send a letter as it once was, however – the price of a first-class stamp is now 85p, or a second class stamp is available for 66p.

From older red-brick universities in major cities to specialist colleges that have taken on university status in recent years, there are now well over 150 universities across the UK. There were once, however, only two. Oxford and Cambridge remain the UK’s most famous educational establishments, and until 1832, they were the only ones.

The towering clock tower of Big Ben is one of London’s most famous sights – but Big Ben is actually the name of the bell rather than the clock. The tower has recently undergone renovation, which meant that its bell fell silent for a few years.

26. (Some) royal weddings are public holidays

The UK loves a good party and it certainly makes a big deal out of royal weddings. The most recent public holiday (or bank holiday, as it’s known in Britain) took place in 2011 when Prince William married Catherine Middleton. Across the country, people threw street parties and revelled in the festive atmosphere.

27. France is very close to the UK

They may not always be the best of friends, but England and France are certainly neighbors. The Channel Tunnel connects Dover in England to Calais in France. Opened in 1994, it’s the longest underwater tunnel in the world, at 50 kilometers in length. With the advent of high-speed services on the Eurostar from London and Kent, you can now be in Paris in a little over two hours from the English capital. A journey to Amsterdam takes just under four hours.

28. Ravens could bring the monarchy down

On the grounds of the Tower of London, there must always be at least six ravens at any one time. This is due to an ancient decree put in place by King Charles II. It’s said that if this rule is broken, the monarchy will fall.

29. Strawberries and cream are eaten by the gallon

The world-renowned Wimbledon Tennis Championships takes place each summer in South West London. Over the course of the two-week event, over 27 tonnes of strawberries and 7,000 litres of cream are consumed as part of the event’s famous dish.

30. Ancient languages are still spoken – albeit not widely

The UK has five surviving Celtic languages that are still officially recognized nowadays. These are Scottish Gaelic, Irish Gaelic, Welsh, Cornish, and Manx. Welsh is the most widely spoken language after English.