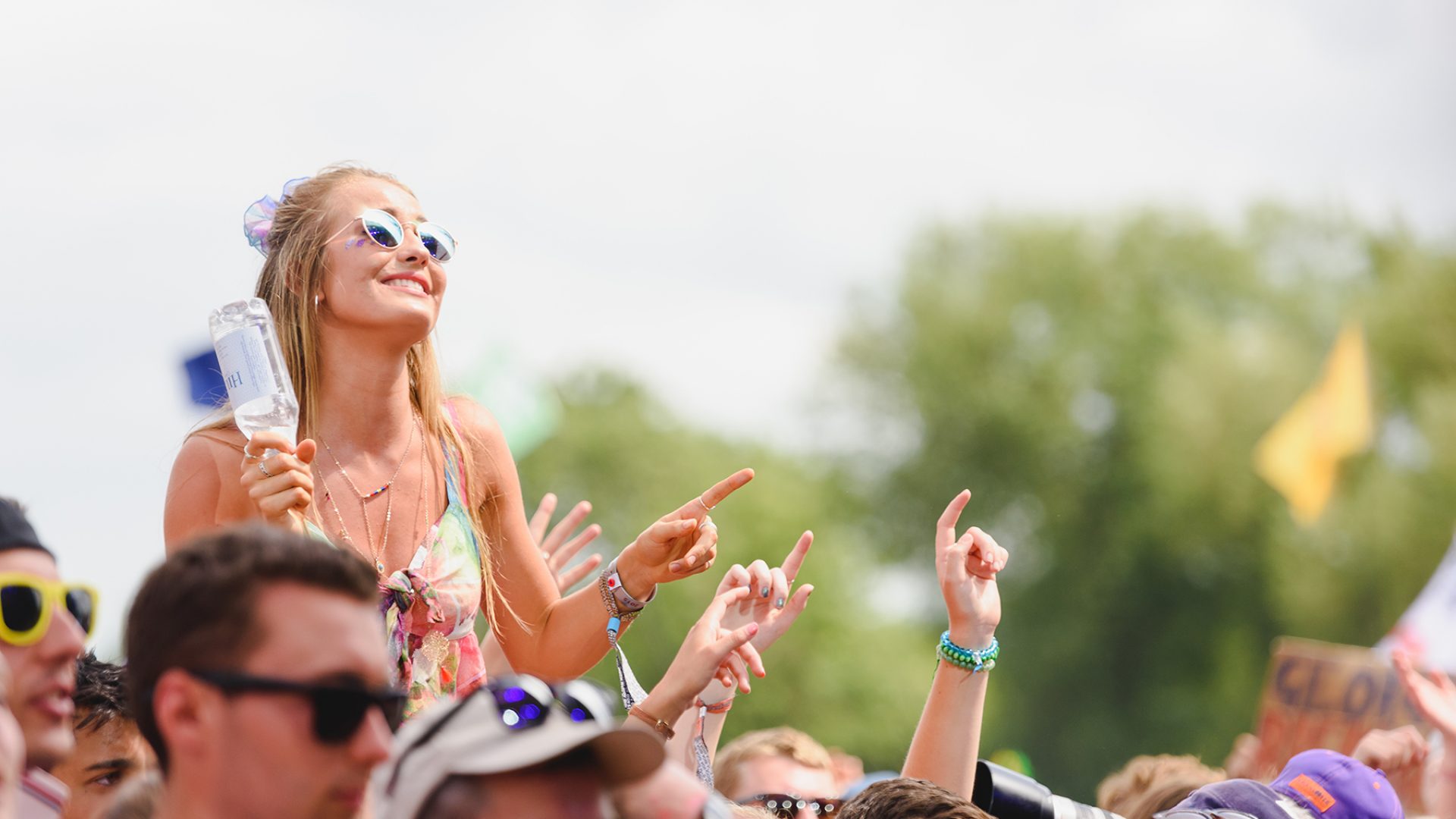 British music festivals are world-famous, but there is plenty more to celebrate in the quirky roster of top UK festivals.

Festivals in the UK celebrate the country’s history, literature, and even its politics. People all over the country organize celebrations to honor all kinds of weird and wonderful occasions. Read on to discover UK festivals and find out why the Brits eat a sheep’s stomach in January, burn effigies in November, and dance through the streets of London in August.

Ticketmaster is one of the UK's leading online ticketing platforms. You'll find tickets for every taste, from top-tier soccer matches to weekend-long music festivals and everything in between. So, whether you're looking for tickets to the cup final or a comedy gig, you'll find them on Ticketmaster.

On 25 January, Scots celebrate the life and works of Scotland’s national poet Robert Burns. They hold a special Burns Supper, which can be a casual gathering of friends or a huge formal dinner. Either way, the menu will likely include haggis (a sheep’s stomach stuffed with seasoned offal), neeps (turnips) and tatties (mashed potatoes).

Someone will recite a poem called Address to a haggis before everyone toasts the haggis and tucks in. Guests then take it in turn to recite Burns’ poems or sing one of his songs. At some Burns Suppers, there are pipers to welcome in the guests — and the haggis. The evening continues with toasts to Burns, more poems, and ends with the song Auld Lang Syne.

Around 40,000 Viking lovers from across the globe gather for the annual Jorvik Viking Festival. It takes place in York, a city with a rich Viking heritage. You can expect battle re-enactments, combat performances, crafts, guided walks, talks, music, archaeological sessions and family-friendly events around the city.

May: Jack in the Green, Hastings

The Hastings Jack in the Green Festival celebrates the start of summer on 1 May (May Day) with its famous Jack in the Green procession, plus events held throughout the first week of the month. May Day celebrations date back to the Celts, but it was in the 16th and 17th centuries when people started making head decorations out of flowers and leaves.

There are Jack in the Green celebrations elsewhere in the UK, but Hastings’ are among the best. Everyone dresses up, and ‘Jack’ covers himself in leaves and parades through the Old Town. He is accompanied by traditional Morris Dancers, giants, and musicians. The procession ends at West Hill where Jack is ‘killed’ in order to release the spirit of summer.

For 10 days each May, the small town of Hay-on-Wye fills with writers, filmmakers, musicians, comedians, and politicians. Bill Clinton once described the Hay Festival as ‘the Woodstock of the mind.’ The festival celebrates great writing of all genres and it all takes place in a tented village in the town.

Rather than buying an overall festival ticket, you buy one for the event you want to see. Many tickets are free, and the event has also taken place at least partly online in recent years. There’s a kids’ program, too. In between gigs, hire a bike and explore the spectacular countryside.

Every June, many of the world’s leading classical musicians come to Aldeburgh on the Suffolk coast for the 17-day Aldeburgh Festival. It was founded in 1948 by composer Benjamin Britten, Peter Pears, and Eric Crozier. The space allows musicians and audiences to create and enjoy music in a stunning natural environment.

Much of the program takes place at The Pumphouse Fringe, and there is also free music every lunchtime at the Bandstand on the Beach. When you’re not taking in the culture, take in the sea breeze as Aldeburgh is a picturesque seaside town. It also has a great fish and chips shop to boot.

Whether you camp or stay at a B&B during your visit, it’s worth getting a ticket. After the festival, there’s a lot to see on the island, like Queen Victoria’s former holiday home. Nature lovers should also visit Ventnor Botanic Garden.

As one of the world’s largest, most famous, biggest — and muddiest — music and arts festivals, tickets sell out for the five-day Glastonbury Festival within minutes of going on sale. Held on Worthy Farm, just outside the mystical town of Glastonbury in Somerset, it’s a vast event. The ground covers some 900 acres and features more than 100 stages.

But the festival is not just about music, there’s comedy, theater, circus, and other arts, too. For the complete ‘Glasto’ experience, take a tent and ‘wellies’ (knee-high rubber wellington boots). You won’t regret it – the festival’s fields can quickly turn into a mud bath after a little light rain.

Camp Bestival is one of the best family festivals in the UK. Held every year in the grounds of the historic Lulworth Castle in Dorset, there are top live music acts across genres on several stages but, as the organizers say, ‘kids are king’ at Camp Bestival, with a wide variety of entertainment, workshops and fun for children.

WOMAD, which stands for the World of Music, Arts and Dance, was established in 1980 by Peter Gabriel. It celebrates music and culture from around the world, showcasing big names and emerging talent in world music. There are WOMADs held all over the globe, but the UK version is held in Charlton Park in Wiltshire. There are open air stages, alternative therapies, workshops, dance classes, poetry, art, a kids’ parade, and a fairground. You can also fill up on food and stock up on craft products from all over the world.

This week-long festival of folk music, dance and song takes place in the charming East Devon regency resort of Sidmouth. There are more than 700 different events at the town’s venues and on the streets, including concerts, ceilidh dancing, roots parties, master classes and dance displays.

With over 50,000 performances of more than 3,000 shows in 300 venues across Edinburgh, the Fringe Festival is the largest arts festival in the world. For the last three weeks of August, performers take to the stage and the streets to present shows of all genres that suits every taste, from the erudite to the downright bizarre. You’ll find top names and might just spot rising artists starting out their careers.

It’s pretty much non-stop; you can spend your time seeing back-to-back shows and there are masses of good places to eat and drink to keep you going while you do. Do book ahead for popular shows.

The Notting Hill Carnival takes place on Sunday and Monday, with bands starting from 6:00. There’s a spectacular bespangled and feathered carnival parade that starts and finishes on Ladbroke Grove and features floats, flags, dancers, music vans and bands.

Outside of India, the biggest celebration of Diwali (the Festival of Lights) takes place in the city of Leicester, although there are other celebrations in the UK (sometimes in London’s Trafalgar Square for example). Everyone, including Hindus, Jains, and Sikhs, gather at the heart of the UK’s Indian community in Belgrave Road to celebrate Diwali in Leicester. The evening begins with dancing, music, and speeches, then the crowd counts down to the moment when thousands of multi-colored lights are switched on. Over 35,000 people of all faiths attend the switch-on of the lights on the Golden Mile.

All over the UK on 5 November, the British light bonfires and set off fireworks in their back gardens or, more commonly these days, at organized events in public parks. They commemorate the Catholic Guy Fawkes’ failed attempt to blow up the Protestant Houses of Parliament on 5 November 1605.

The most spectacular place to go in the evening of Guy Fawkes Day is the East Sussex town of Lewes, where seven bonfire societies parade through the town in costume, carrying effigies including Guy Fawkes. They roll barrels of flaming tar down the streets as they march to the edge of town to light huge bonfires, burn the effigies, and set off spectacular fireworks. Expect a festival atmosphere across the UK, with thousands of revellers and spectators outside, even when it’s chilly.

People all over the UK celebrate New Year with parties and free-flowing alcohol, but it has a special importance in Scotland, where they call it Hogmanay. Traditionally, people cleaned ashes from the fire and cleared their debts on 31 December to make a fresh start to the New Year. These days, there are processions, open-air concerts, street parties and fireworks in cities — of which Edinburgh is known to have the most spectacular celebrations — and dances (ceilidhs) and house parties everywhere else.

After the clock bells have chimed midnight, neighbors visit each other’s houses with a piece of coal, or more often, shortcake or whisky. They wish each other a happy new year and aim to be ‘first footers,’ the first people over the threshold. 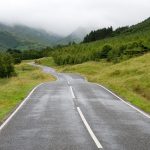 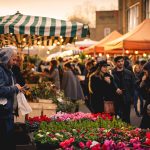