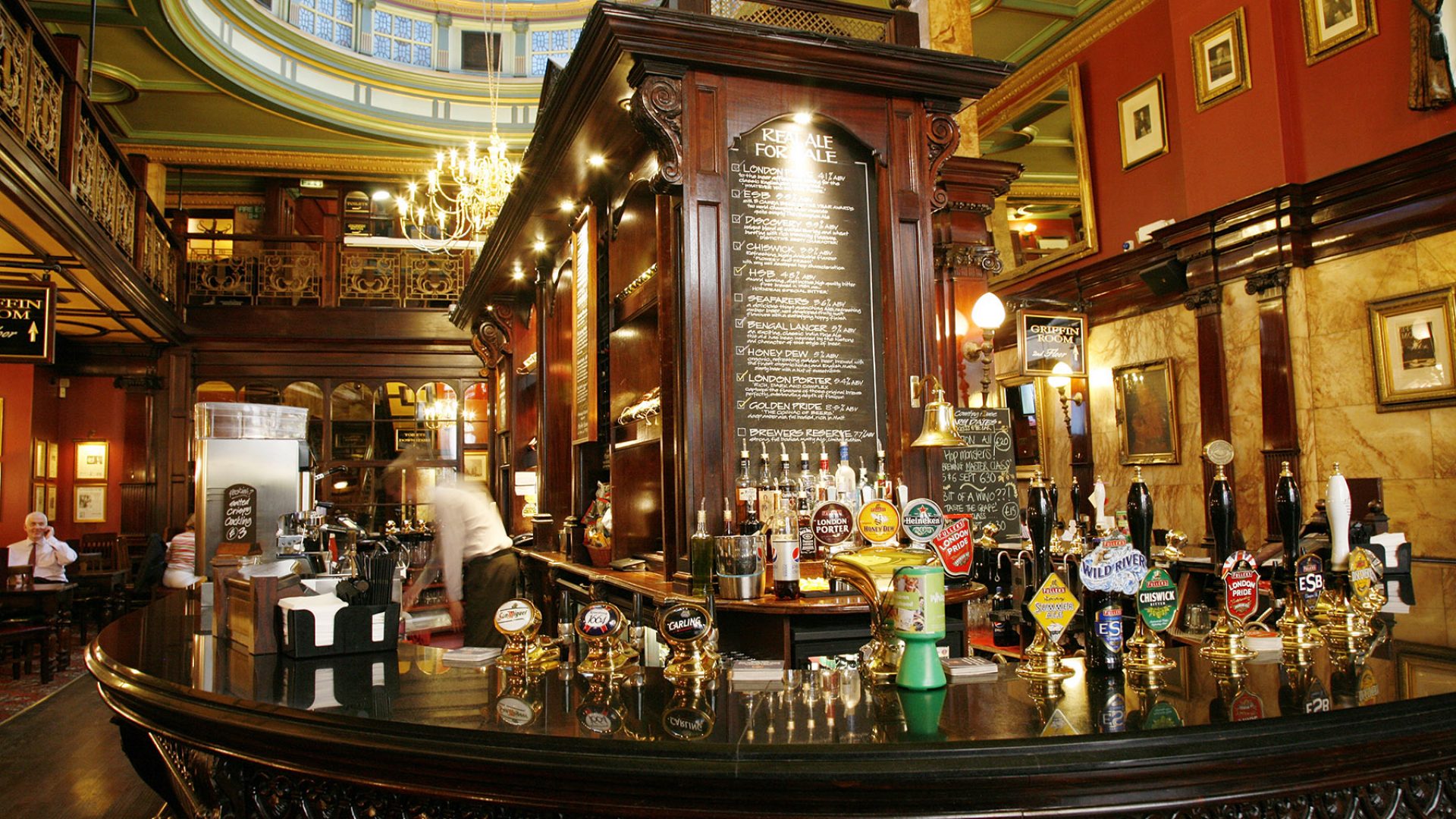 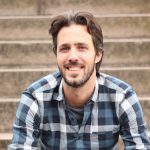 Whether you’re looking for a lager that goes down easy, a real ale on the bitter side, or a pint of the dark stuff, you can find a British beer that matches each and every taste.

Many of the beers that flourished around the world, especially in the craft beer industry, trace their origins to Great Britain. Pale ales, Scotch ales, stouts, and porters all began their life here and continue to be enjoyed each day by British beer lovers. While industrial lagers and low carbonation ales are most commonplace, there’s an entire world of styles available from the hundreds of breweries, both big and small, from the south of England to the northern tip of Scotland.

This primer to the world of British beer covers everything you need to know, including topics such as:

The history of British Beer

British brewing is part of a wider Celtic tradition; it would’ve certainly been commonplace when the Romans showed up over 2,000 years ago. Ale was one of the most common drinks in the middle ages, with most drinking a liter of homebrew daily. Brewing was traditionally a woman’s job, with alewives achieving notoriety for their brews at inns and taverns. Attempts at formalizing the brewing industry occurred first in England in 1342 with the Brewers Guild in London. Scotland followed suit later, in 1598, with the Edinburgh Society of Brewers.

Historically, British ale used bitter herbs such as heather, myrtle, and broom as a preservative. In fact, the Dutch introduced hops to the British Isles in the 15th century, creating the distinction between unhopped ale and hopped beer. New styles of British beer emerged in the following centuries to quench the thirsts of laborers and colonists throughout the Empire. Porter was one of the first beers ever produced at an industrial scale and became hugely popular amongst working-class Londoners. India Pale Ale, heavily hopped to survive the long journey to South Asia, marked the beginning of a global beer trade.

The Temperance Movement, along with World War I emergency measures, saw increases in beer taxes and alcohol content limits. Nevertheless, industrial mega-breweries dominated the British beer market by the 1960s with Brits also developing a taste for beers from continental Europe. In an effort to combat the oversupply of sub-par brews, the Campaign for Real Ale (CAMRA) formed in 1971 to promote traditional unpressurized beer. The group coined the term real ale to differentiate top-fermented beer from cask beer served under pressure and to differentiate both from pale lager.

Where do the British drink their beer?

Brits are never far from a beer. In fact, going down to the pub with your mates or having a cheeky pint with colleagues after work is an essential part of British beer culture. Pubs are entertainment centers and focal points of the community. Most pubs are owned and operated by breweries, selling mostly the beers they produce along with a few guest taps. A free house is fully independent and sells any variety of British beers they like. While the traditional pub is iconic in British life, pub chains such as Wetherspoons are taking over former shopfronts and bank branches. While they bring a corporate uniformity to the pub experience, they offer a wide range of beers.

Most pubs have about five to 10 taps. A number of domestic and imported bottled beer are also available. If you’re looking for a cold beer, better order a lager; Brits drink their ales at room temperature. Some specialty craft beer pubs could have dozens of British beers on tap with even more bottles and cans. Tap beers come in pint or half-pint glasses. Pubs generally expect you to order your drinks directly at the bar and pay immediately for each round.

While most pubs don’t offer much more than a bag of crisps for food, there has been a blossoming of gastropubs offering the finest in British cuisine. Despite the fact that gastropubs, craft beer outlets, and pub chains are offering British beer drinkers an unprecedented amount of choice, they may sound the death knell for the local. Even before COVID-19 lockdowns hit the hospitality sector in 2020, pubs were closing at a rate of 30 per week. Campaigns have been launched to help Brits save these timeless cultural landmarks.

Today, British beer drinkers are spoiled for choice; high-volume convenience beers rub shoulders with real ales and craft brews across a range of pubs and stores.

Although Brits enjoy their lager as much as any beer drinker around the world, there’s plenty of variety on offer at your local pub or bottle shop. Here are a few classic British beer styles that you should definitely keep an eye out for.

An English style that evolved in the 18th century when pale-colored malts became available due to new malting techniques. These beers became increasingly popular with British beer drinkers latching on to the term bitter to refer to the sharper and hoppier versions that contrasted with the more mild variations. They tend to be golden or copper in color and range from 3–4% (standard bitter) to 5–6% (extra special bitter).

India Pale Ale (IPA) continues to be loved by Brits and craft beer drinkers around the world, with increasingly fruity and floral hop varieties being added to appeal to modern tastes. While these new fresher styles may be popular, they’re a far cry from the traditional style of British IPAs that used to make the long journey to India in the 19th century and are still defended by traditionalists.

Whenever someone mentions stout, most people immediately think of Guinness and Ireland. However, it was in 18th century London that these malty brews were first brewed in large quantities to quench the thirsts of the porters working at the city’s dockyards. These beers eventually became known as porters. They secured their fame based on their ability to age so beautifully in the barrel. Chocolate, caramel, nuts, and toasty bitterness all characterize a good porter. They range from mild (4%) to more robust (6%) versions.

Stout porters used to be the term for stronger porters, which became very popular in Russia and countries around the Baltic Sea. This left the legacy of hefty Baltic porters and Russian imperial stouts that bring full flavor and range from 8–12%. Milder, creamier versions include milk stouts (popularized in the 20th century as a healthy option for new mothers), oyster stouts (sea salt infused by being filtered through oyster shells), and oatmeal stouts (with sweetness derived from oats added to the brew mash).

These refer to a traditional class of aged beers that matured in oak barrels, extracting the maximum amount of sweetness and flavor from the malt grain. A wee heavy, as they’re called in Scotland, is a dense, amber-colored caramelized beer with more fruity sweetness than traditional ales or porters. They are rich and strong like imperial stouts, ranging from 7–10%. Brits don’t quite have a taste for the strong beers like the Belgians, but it’s worth seeking one out if you’re looking for a beer that’s more like wine in complexity.

The success of the CAMRA movement in the early 1970s was encouraging for all British beer enthusiasts in their crusade against industrialized beers. It sparked a revival in small-batch, high-quality craft brewing that has absolutely exploded in the last 20 years. A recent survey found that two out of three British beer drinkers had drunk at least one craft beer in the past month. Of the 2,274 breweries in Great Britain, 1,978 are classified as microbreweries. Some of the best places to sample British craft beers are directly at the brewery’s tasting room, at a specialty beer bar, or through an online craft beer seller like Beerwulf or HonestBrew. Because craft beers tend to be higher in both alcohol and price, they often come in 1/3 or 2/3 pint glasses.

A few of the most intriguing British craft breweries are:

Beyond microbreweries, there is a lively British homebrewing scene as well. British laws on homebrewing are pretty lax; there are no limits on the volume or strength of production so long as it remains solely for personal use. If you’re keen to try your hand at making your own perfect pint, you can find all the equipment you need at the HomeBrew Shop along with a lively online community to swap tips and recipes at the HomeBrew Forum.

The most popular British beer brands

Despite the resurgence of traditional British ales and the rise of British craft brewing, lager remains the undisputed sales champion in Britain. The British beer market is still dominated by international beer brands such as Budweiser, Heineken, Carlsberg, Stella Artois, and Guinness. You can find these at nearly every pub, supermarket, or bottle shop, along with a wide selection of British brands.

A selection of these more popular British beer brands include:

To continue your journey of exploring British beers, check out some of the following links: 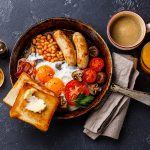