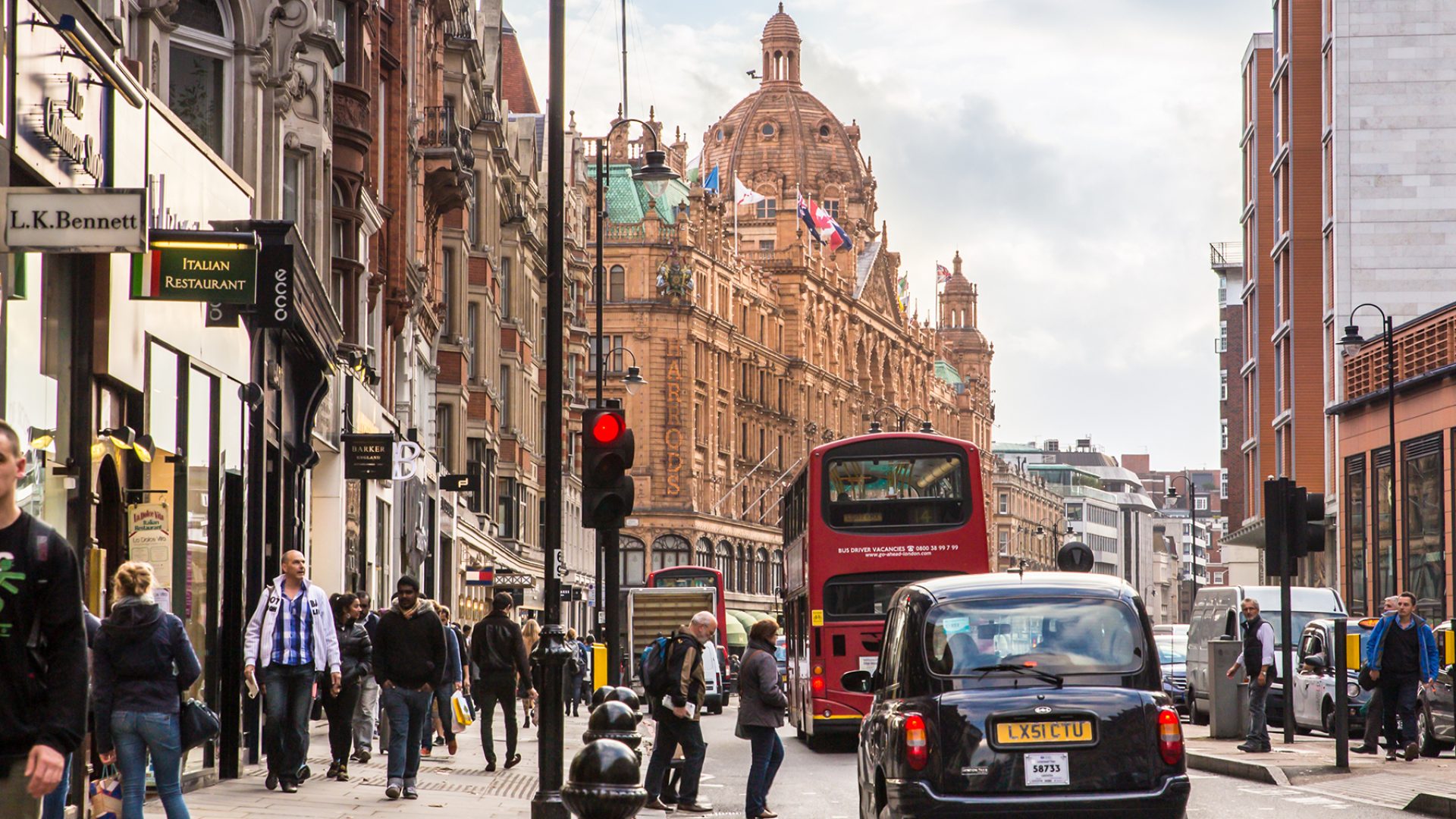 Top 10 places to visit in the UK

Home Lifestyle Things to Do Top 10 places to visit in the UK
Last update on May 25, 2020
Share

Whether you’re just visiting or moving to the UK, this tour of top 10 sites in the UK will take you everywhere from the Jurassic Coast to royal pomp. These are some of the best places to visit in the UK.

It is extremely difficult to select just 10 top destinations in Great Britain – a country of rich history and varied culture, a mixture of nations and traditions, and heir to one of history’s most powerful empires. Nevertheless, with a mixture of both cultural and natural sights, as well as a combination of well-known landmarks and sights away from the tourist mobs, discover the true British spirit as you travel the country to see the top 10 sites in the UK.

Marvel at one of the wonders of the world, Stonehenge. Although no one knows for certain who built it and why, this magnificent monument has a history spanning 4,500 years. Speculation on the reason it was built ranges from human sacrifice to astronomy. This prehistoric structure is situated in the English county of Wiltshire, about 8 miles north of Salisbury and just two and a half hours’ drive away from London.

The great age, massive-scale and mysterious purpose of Stonehenge draws hundreds of thousands of visitors per year, and several thousand gather on the summer solstice to watch the sunrise over this ancient and mystical site. Although the original construction has suffered a great deal from both weather damage and human pillage of its rock over the millennia, it is still a breath-taking sight and an ardently recommended destination in the UK.  A GBP 27-million visitor centre opened at the end of 2013 featuring a permanent exhibition of some 250 prehistoric objects and treasures (many previously unseen), a forensic reconstruction of a man who was here 5,500 year ago, a regularly changing programme of special exhibitions, café and shop.

Jurassic Coast World Heritage Site covers 95 miles of truly stunning coastline from East Devon to Dorset, with rocks that have recorded 185 million years of the Earth’s history depicting a geological ‘walk through time’ spanning the Triassic, Jurassic and Cretaceous periods. The area is home to the natural limestone arch of Durdle Door – the coast’s most photographed landmark and Lulworth Cove – one of the finest coves in England. In addition to the astounding landscape, the Jurassic Coast is also a place of ‘outstanding universal value’ selected by UNESCO. It’s also where Victorian fossil hunter Mary Anning found the world’s first ichthyosaur, two plesiosaur and other important fossils. You can go fossil hunting yourself; one of the best places is Charmouth, where a visitor centre offers fossil walks and shows you how to find fossils.

A good stop on any UK tour is the university city of Cambridge, Cambridgeshire, where one can get in touch with the pure essence of the English spirit. The beautiful buildings are well preserved and the timeless city seems straight out of the 1950s. As it is said in an advertisement trying to lure tourists, ‘breathe in a land of lazy waterways, rolling countryside, majestic cathedrals, magnificent stately homes, bustling market towns, quaint villages and the unforgettable city of Cambridge’. Give in to the atmosphere of the town and freely admire the majesty of one of the most renowned world universities. Gaze up at the awe-inspiring 16th-century King’s College Chapel, hire a punt (flat bottomed boat) to explore the tranquil waters of the College Backs or have a cup of English tea at the Copper Kettle.

Set out to the mountainous region in north west England known as the Lake District. England’s largest national park is a very popular holiday destination and famous for its lakes and mountains, as well as its associations with the early 19th-century poetry and writings of William Wordsworth and the Lake Poets. Nearly 16 million people visit the national park each year. Also located here is the deepest lake in England – Wastwater which, though a bit further away, is definitely worth seeing.

Legend has it that an Irish warrior built the Giant’s Causeway to walk to Scotland to fight his Scottish nemesis. Located in County Antrim on the northeast coast of Northern Ireland, it is an area of about 40,000 interlocking basalt columns which were the result of an ancient volcanic eruption. Some of the structures in the area, having been subject to several million years of weathering, resemble objects, such as the Organ and Giant’s Boot. The Antrim coast is also popular for cliff top walks – it offers some of the finest and atmospheric cliff scenery in Europe.

6. The great wall of Hadrian

Hadrian’s Wall is a World Heritage site marking the northern border of the Roman Empire. Its history dates back to 122 AD, when Emperor Hadrian visited Britain and ordered a wall to be built between the Solway Firth in the West and the River Tyne in the east ‘to separate Romans from Barbarians’. The wall was the most heavily fortified border in the Empire, to defend it from the constant invasions of the northern tribes. Today, remnants of the wall can be found for about 73 miles – a lot of those remnants forming stone fences, stone barns and the cobbles in stable courtyards.

Loch Ness may be best known for the alleged sightings of the crypto-zoological Loch Ness Monster, affectionately known as ‘Nessie’, but it has much more to offer. The loch or lake, which extends at approximately 37 km, is a favourite tourism spot in Scotland and attracts visitors from all over the world with its delightful natural parks and sights. One can also admire the only island in the lake, Cherry Island, visible at the southwestern end of Loch Ness.

For terrific country terrain for mountain walks and activities such as riding, cycling and pony trekking, Snowdonia National Park in North Wales offers it all. It is also among the most dramatic landscapes in the UK, and has the most rapidly changing weather. It is thought that five million years ago this was a sea bottom, evidenced by the fossil shell fragments found there. You might think that British country scenery holds no more surprises for you but the way the brooding mountain bulk hangs over wide, U-shaped valleys will mesmerise you at first sight. You can walk up to the top – there are several established paths of varying difficulty ­– or take the Snowdon Mountain Railway. At the summit you can have a drink and a snack while you take in some of the most breathtaking views in the UK at the Hafod Eryri visitor centre.

9. Regal pomp at the Royal Pavilion in Brighton

Brighton is a popular British coastal town, and the Royal Pavilion in Brighton is another landmark you should not miss. The famous seaside residence was built as a pleasure palace for King George IV, and was also used by his brother William IV and their niece Queen Victoria.

The British have an expression for too much of a good thing – it’s ‘over the top’ they say. If ever a building exemplified the concept of ‘over the top’, it is the Royal Pavilion. Designed by John Nash, it’s an oriental fantasy, combining Regency grandeur with the exotic glamour of India and China. Nowadays, it is a possession of the Brighton municipality and is the home to some of the finest collections and examples of the chinoiserie (Chinese) style in Britain. The Pavilion is right in the centre of Brighton – sometimes called London by the sea – a city famous for its cosmopolitan atmosphere and exciting gay scene.

10. Time travel in the Cotswolds

You really feel as if you’ve stepped back in time in the quaint honey-coloured towns and villages of the Cotswolds in the heart of England. The area covers 800 square miles across five counties – Oxfordshire, Wiltshire, Gloucestershire, Warwickshire and Worcestershire – and is the largest of England’s 38 Areas of Outstanding Natural Beauty. This is archetypal English countryside: go for a bracing walk in the rolling hills (‘wold’), drink a pint of beer by the fireside in a pub, sleep in a four poster bed in a country house hotel or stroll around one of the many picture-postcard villages and towns. You’re spoilt for choice: Bibury, Broadway, Bourton-on-the-water, Painswick, Burford, Upper and Lower Slaughter; take a crust of bread for the ducks. 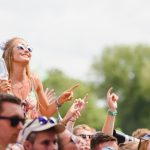