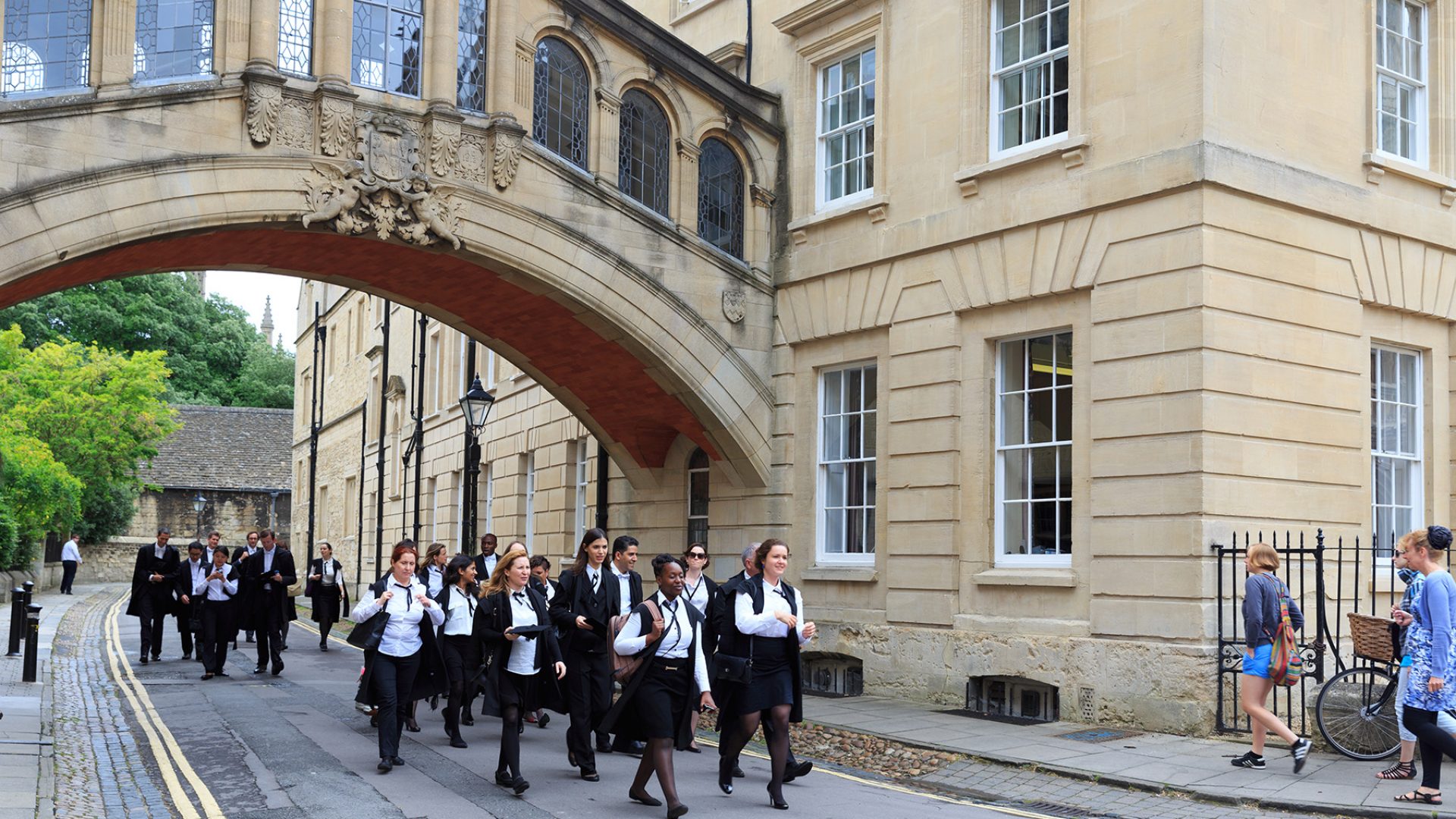 A guide to studying in the UK

Home Education Higher Education A guide to studying in the UK
Last update on January 19, 2021
Share

Studying in the UK means benefiting from some of the world’s top universities, with many cities enjoying the perks of vibrant student life. Our comprehensive guide lists the best universities in the UK and walks you through the registration process, including where to find grants and scholarships.

The UK attracts more international students than any other country outside of the USA, having a great reputation for a wide range of courses and scholarships on offer. Before you enroll on your chosen course, it’s a good idea to check out which universities would suit you the best.

Take your language skills to graduate level with Rosetta Stone! One of the world's leading online language learning websites has a range of courses, resources, and more! With over 20 languages to choose from, with Rosetta Stone you'll soon find the right course for you.

Types of universities in the UK

There are 109 universities and university colleges in the UK. This figure comprises what are known as the older, more prestigious universities founded in the late 19th and early 20th centuries and the newer universities (previously known as polytechnics). There used to be an assumption that polytechnics were inferior to the classic style of university, often specializing in science and engineering education. However, the divide is now much less, and many have changed their name to omit the word “polytechnic”.

University qualifications in the UK

There are several types of degree courses on offer ranging from bachelor’s degrees (the most common types being Bachelor of Arts and Bachelor of Science), a variety of postgraduate degrees (including master’s degrees) and PhDs.

It is also possible to be flexible in your learning style, with the option of choosing full-time or part-time learning. This gives you increased freedom, for example if you are a mature student or have a family to take care of. Combined with this, you can study on campus or choose distance related learning to keep financial costs down, while still receiving the support and advice from your tutor.

How to apply to a university in the UK

If you’re thinking of applying to a university in the UK, you’ll need to sign up via UCAS (the University and Colleges Admissions Service), as all applications are made through this system.

In addition to providing you all the info on university applications, it is also a useful advisory tool on alternative options such as doing an apprenticeship or taking a gap year before starting your course.

Here are the steps for signing up:

Register with UCAS. You should do this as early as possible as the latest deadline is around mid-September each year.

Find a course you would like to study. There are over 50,000 undergraduate courses at more than 395 providers in the UK, so the possibilities are vast. UCAS provides some helpful guidance where you can search out your preferred course using keywords.

Find a university location. There are many criteria in choosing the right place for you so it’s a good idea to base your research on location, accommodation on offer and available facilities.

Don’t forget to include your personal statement. In order to stand out, it’s advisable to spend some time on making this as unique as possible.

Send your application off!

University tuition fees in the UK

UK universities normally charge fees for their courses, varying across the board. If you are an international student, a different scale of fees will apply.

Please see the following variables depending on where you come from:

If you are an international student and normally resident in a country outside the EU and EEA, you will pay near-full-cost tuition fees at UK universities. Please note there is a difference in amount between foundation and under-graduate courses.

It’s wise to research the costs carefully as the amount can differ greatly between universities, so will be a big deciding factor. It’s also worth noting that if you are Scottish and wish to study in Scotland, you will not pay any tuition fees. However, coming from elsewhere in the UK, you will have to pay fees.

Financial support for studying in the UK

Since the first introduction of tuition fees in the UK in 1998, there have been a variety of scholarships and grants made available for students. However, whilst cost of studying in the UK is still considerably high, attracting international students and talent remains a top priority. There are many government and non-government sponsored scholarships out there to choose from.

You’ll also have to consider living costs and other types of expenditure, which cover food, rent and adhoc study materials etc. The UK Government student finance site provides a useful breakdown of the amounts and entitlements you can qualify for, dependent on your country of origin and duration of study.

Many university students choose to boost their disposable income by taking on a part time job. Again, there are restrictions and rules on what you can and cannot undertake, depending on where you originate from.

If you are from an European Economic Area (EEA) country or Switzerland – you can work in the UK while studying and do not normally need special permission. You’ll simply need your passport or identity card to show to your employer.

If you are from a non-EU/EEA country or Switzerland, there will be restrictions on the amount and type of work you do in the UK, which can be found via UKCISA.

Student accommodation at universities in the UK

Student accommodation varies across UK universities, with international students having several options. With the best spaces usually taken on a first-come-first-served basis, you should start looking for accommodation as soon as possible after confirming your place at the university.

The main types of university accommodation available are as follows:

Halls of Residence: Owned, managed and maintained by the universities, accommodation for international students at halls of residence is usually guaranteed for first year applicants. This will consist of a private room on a corridor, with communal spaces such as kitchen and lounge shared amongst 6-8 fellow students. All bills, including wi-fi, are included in your rent.

Private Halls of Residence: Like above, but at a higher price due to a better standard of facilities.

Private renting: This is mostly likely what you will choose after your first year of study, which although slightly more expensive, will give a greater sense of freedom and the opportunity to make friends!

Student Visas in the UK

While Swiss nationals and those from the EU/EEA states do not currently need a visa to study in the UK, all other international students are likely to need one. To apply for a student visa, you’ll need to include your passport number on your UCAS application form and you may need to prove your English skills by passing a Secure English language test (SELT).

London is still the favourite or preferred place for international students due to its size, status and global reputation. The capital city of England is the proud home for some of the most prestigious university establishments.

The capital city of Scotland is full of character and consistently ranked as one of the best places to study in the world, notably being amongst the greenest universities in the UK. Not only does it have a low crime rate, but a wealth of social activities, such as the world-famous Edinburgh fringe festival.

Manchester is seen as a major cosmopolitan and culturally diverse English powerhouse, especially when comparing it to its big brother, London. There are several major universities here as well as world-famous football teams.

This is the second largest city in the UK with over a million residents. It has developed into a thriving commercial and financial centre, with more miles of canals than Venice. Appealing to international students, there is a great multicultural vibe with its wide diversity of residents.

A large but friendly city, which used to be famous for its world-renowned steel production. It is now known for the cheaper, yet still decent standard of living for students and has some of the best universities outside London.

Newcastle is based in the North East of England and was twice named the best university city in the UK. Previously known for its ship-building, today the city has become a thriving cultural centre with an excellent nightlife, art scene and a wide selection of restaurants with international cuisine.

The northern city of Leeds is one of Britain’s leading cities for doing business. It was the first city to have full broadband enabling it to become a hub for new media companies. It has excellent shopping with a buzzing arts and cultural scene. 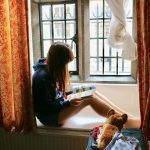