Portuguese culture was greatly influenced by the dominance of the Catholic Church and the traditional Christian values. This influence is still present in contemporary etiquette in Portugal. The Portuguese people are traditional and conservative. They don’t easily accept innovation and radical changes both in the community and the family. Life in Portugal revolves around the family and even in the 21st century, some traditions and ways of life remain unchanged, especially in rural areas.

In Portugal, the family is the foundation of the social structure. Individuals derive a social network and assistance from the family. For the Portuguese, family loyalty comes before other social relationships, even business.

It is appropriate to shake hands with everyone present in formal situations, which generally means that you haven’t met the person before; this applies to men, women and older children. The handshake, whether at a social or business meeting, is accompanied by direct eye contact and the appropriate greeting. One should shake hands again upon leaving. When greeting acquaintances and friends, men embrace and pat one another on the back, and women kiss both cheeks, starting with the right. Between women, you only shake hands on very formal occasions, and if you don’t know the person at all.

The Portuguese do not use a lot of gestures. Being overly demonstrative with hand gestures or body language gives a bad impression. As in a lot of cultures, pointing with your finger is offensive.

The Portuguese dress conservatively. Women usually wear dresses, and men’s clothing is based primarily around a jacket and tie. Business etiquette dictates suits and ties or sports jackets and ties for men. Women wear dresses, skirts, and jackets or trouser suits. As out-dated as it seems, people are fashion conscious and believe that clothes indicate social standing and success. For this very reason, they take great pride in wearing quality fabrics and clothes and will invest their money in buying the best they can afford.

An arm’s length is usually the appropriate amount of personal space to hold during conversations. The Portuguese tend to touch a bit when conversing with good friends and family, but such displays are quite inappropriate in business or formal situations. It is common to see people hugging in public; and couples kissing and women interlock arms with men while walking in the street. Public displays of affection are normal within certain limits.

When invited to a Portuguese home for dinner, bring flowers, good quality chocolates or candy for the hostess. Do not bring wine unless you know which wines your hosts prefer. Also, count the number of flowers you bring; 13 is an unlucky number. Do not give red flowers to your host. Reserve blooms of this color for your lover or partner advises one Expatica reader based in Portugal. A return invitation to the hostess is appropriate. When you receive a gift, keep in mind that the Portuguese consider it polite to open the gift when received. Gifts are normally not exchanged at business meetings, but small gifts may be appropriate at the successful conclusion of negotiations.

If you are invited to dinner, try to arrive no more than 15 minutes after the stipulated time. Being late between half an hour and an hour is accepted when you go to a party or larger social gathering. It is inappropriate to discuss business in social situations. Also, remain standing until invited to sit down; they may show you to a particular seat. Table manners are continental; hold the fork in the left hand and the knife in the right while eating. Do not begin eating until the hostess says bom apetite.

Foreign businesswomen are treated with respect. Keep in mind that going to a bar alone is frowned upon. It may attract unwelcome attention. It is advisable for a foreign woman to invite a Portuguese man to a business lunch rather than dinner. If you invite a man to dinner, it is better to ask if he would like to bring his wife. The innate chivalry of Portuguese men means they will not allow a female companion to pay for a lunch or dinner. However, it is acceptable to try.

The Portuguese are friendly people and will always welcome you and try to make you feel at home. Should you be unsure about certain customs and behaviors, your Portuguese acquaintances, friends and even business partners will gladly introduce you to their culture. 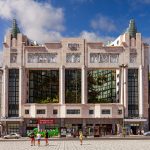 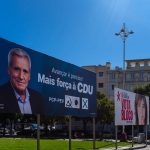