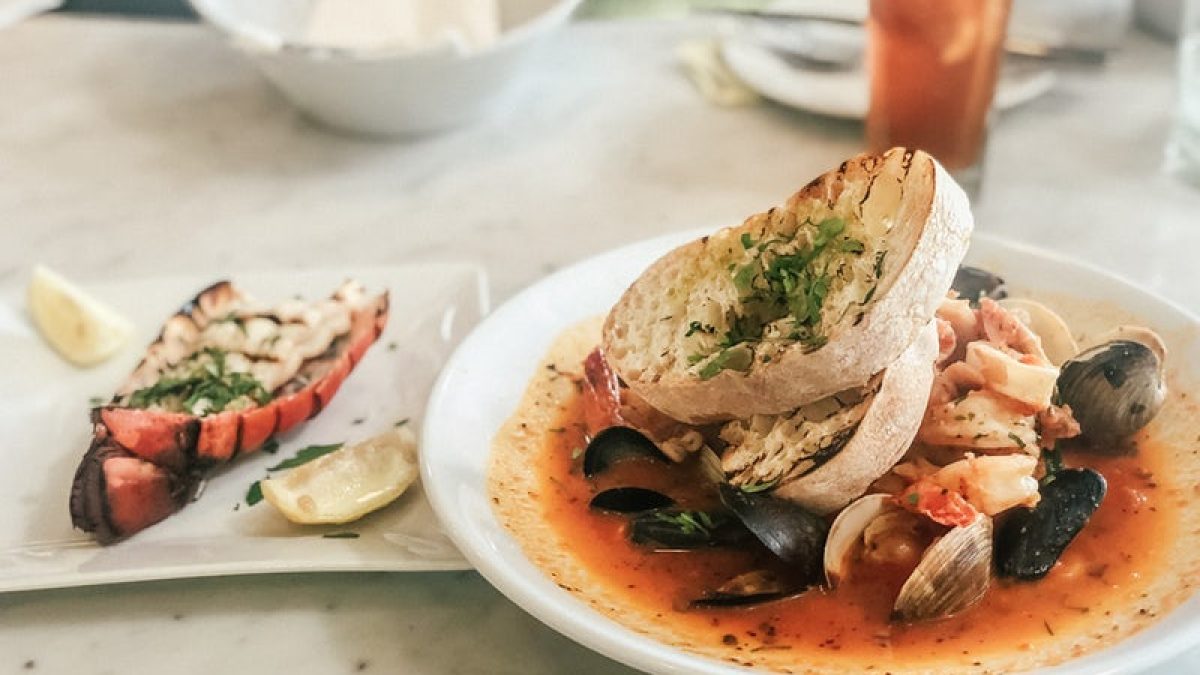 A look at traditional Portuguese cuisine, including a popular dessert that goes by the name of nun’s belly.

The Portuguese brought coriander, pepper, ginger, curry, saffron, and paprika to Europe. As they expanded their empire overseas, they were the first European country to dock in China, Japan, and Ethiopia, bringing back with them many exotic, new products. They brought rice and tea from Asia, coffee and peanuts from Africa and pineapples, peppers, tomatoes and potatoes from the New World.

Their own cuisine is based on a hearty, peasant food consisting mainly of seafood and pork. There was such an emphasis on seafood because of the country’s long, Atlantic coastline. The cuisine also includes a lot of soups as main dishes; including sopa de marisco (shellfish soup with wine) and caldo verde (green soup with potatoes and kale).

Other Portuguese specialties are caldeirada, a stew with several types of fish, and carne de porco a Alentejana, pork covered with clam and tomato sauce. The people are very fond of codfish; there is even a popular saying that goes: there are as many different ways to prepare it as there are days in the year. Two cod recipes are Bacalhau a gomes de sa,cod with potato, egg and olives, and pasteis de bacalhau, little cod cakes.

Another popular fish is the sardine, which is rumored to be best prepared in Portugal and is served at every Portuguese barbecue and celebration. You will also come across; the Iinguado (sole), the salmonete (red mullet), the mexilhões (mussels) and the peixe espada (swordfish).

In the Oporto region, the specialties are the port wines and the tripe dishes. The tripas à moda do Porto is a dish made of veal and chicken tripe, sausage, smoked ham, beans, onions, smoked chouriço (pork sausage), herbs and spices. In the Algarve region, the local dishes involve a lot of shellfish. You can also find pastries made with sweet marzipan or figs. As the main tourist area, you are sure to find many international restaurants here, as well as in Lisbon and Oporto.

If you head away from the coast towards the Montanhas region, you will find mostly eel or trout in seafood recipes. The main focus here is on alheiras, veal sausages, poultry, and ham.

The grilled steak; bife à Portuguesa, which is often prepared in a Port sauce, can be tasted throughout the country, as well as the espetadas (kebabs); marinated in wine and garlic, carneiro (mutton) and borrego (lamb). In the poultry section, you can sample the peru (turkey), the pato (duck), the perdiz (partridge) and the pigeon, each of which is served in a different way according to the region.

The most famous cheese is the queijo da serra, a sheep cheese comparable to brie. In the Alentejo region, you can try serpa, a sweeter cheese if served fresh. In the Azores Island, there are strong goat’s cheeses, such as cabreiro, and queijo da ilha which is similar to parmesan cheese.

Portugal has at least two hundred different types of pastries. In the 17th and 18th centuries, the convents were known for their pastries; which explains why some pastries have names such as; toucinho do céu (heaven’s lard) and barriga de freiras (nun’s belly).

The Aveiro region has the ovos moles, egg paste pastries, which are sometimes found in shells to decorate tarts, pies, and cakes. Other desserts include pão de ló (light sponge cake), palha Abrantes (golden thin strings of egg-based paste), marzipan or almond paste from the Algarve, and pão de rala of Évora with a white pumpkin center wrapped in almond paste. Many fruits can also be found, including cantaloupes, grapes, pineapples, oranges from the Algarve, bananas from the Madeira, mangoes and passion fruits.