If you’re new to the Netherlands, you’re most likely wondering how the Dutch people live and approach Dutch life. To help you settle in your first week in the Netherlands, we’ve put together a short guide to cover the basics such as relocating your belongings, health insurance, and opening a bank account.

Unless you’re moving to the Netherlands from another EU country, you must make a declaration at customs for your household effects. You probably won’t pay Dutch tax, though. Expats may also be exempt from Dutch registration tax and import duties on importing a car to the Netherlands.

Immigration/registration when you are new to the Netherlands

Citizens of EU/EEA countries or Switzerland can live and work in the Netherlands freely. Almost everyone else will need a Dutch visa and a work permit. As of 2017, there are new rules on intra-company transfers. Regardless of your country of origin, you must register in the municipality in which you’ll be living. After registration, you’ll be given a Citizen Service Number (BSN Burgerservicenummer), which you’ll need for tax and social security services. Once you have your BSN you can apply for a DigiD. This allows you to access government websites, make hospital appointments, or file tax returns.

You must take out Dutch healthcare insurance in order to access the Dutch healthcare system, even if you already have health insurance in your country of origin. If you’re from the EU/EEA/Switzerland, you must do so within four months of registering; if you’re not working, or you’re studying, you can use your European Health Insurance Card. Everyone else must take out Dutch health insurance within four months of receiving their residence permit.

Almost everyone who lives in the Netherlands must also pay into the Dutch social security system. In return, they can claim various government benefits.

Paying tax when you have emigrated to the Netherlands

If you’re living or working in the Netherlands, you’re usually classed as a resident taxpayer immediately. The Netherlands taxes on assets worldwide. You pay Dutch taxes to the Tax and Customs Administration Board via your employer. Local taxes go to your municipality and to the water board. Highly-skilled migrants may benefit from the 30% tax ruling.

If you’re an employee, tax is deducted from your salary each month. But it still might be worth completing a tax return at the beginning of every year in case you are due a tax refund. Find out how in doing your income tax return in the Netherlands.

Finding employment when you’re new to the Netherlands

Its 2017 5.1% unemployment rate is one of the lowest in the EU. You must have your BSN in order to work in the Netherlands. Unless you’re from an EEA country or Switzerland you don’t need a work permit. Everyone else does. There are plenty of options for finding employment in the Netherlands.

Where do Dutch people live?

75% of rental accommodation in the Netherlands are rent-controlled social housing. Higher earners and expats are unlikely to qualify, so you’re likely to have to rent privately. There’s a shortage of properties just above the rent-controlled level (€710–1,000/month) in cities like Amsterdam; it can be hard to find accommodation, so expect to attend plenty of viewings in your first week in the Netherlands. Consider using a certified rental agent in the Netherlands; they’re knowledgeable about cities and different neighborhoods, hear about property before it comes onto the open market, can negotiate contracts, and help you with all aspects of the move. As soon as you have an address, you need to inform the municipality.

It’s common for Dutch utility costs – gas, electricity, and water – to be included in monthly rent charges in rented accommodation. Your landlord issues you with an annual account showing payments and costs.

If they are not, or you have bought a property, you can usually transfer them from the previous occupants or get connected through the main providers. The same applies to TV (most of which is cable) and internet in the Netherlands. There is no TV license in The Netherlands.

Enrolling in education in your first week in the Netherlands

The Dutch education system is likely to differ from that of your home country. You must register your children with the municipality and with a school. Most children start school from the age of four although it’s not compulsory until five and formal structured learning doesn’t start until six. Full-time education continues until 16 and at least part-time until 18.

Around the age of 12, children sit an exam (the cito-toets), to determine the type of secondary school they’ll go to: VWO (pre-university education), HAVO-school (higher general secondary education) or VMBO for vocational training  – some schools offer all levels. Secondary school places are allocated by ballot so if you’re applying to a popular school, be prepared with a second or even third choice. Once at secondary school, as long as students score an average of six out of ten, they will be awarded a high school diploma and can have a place at a Dutch university or other further education.

Certain private and international schools in the Netherlands are subsidized by the Dutch government so might not be as expensive as you might think.

You must be 18 to drive in The Netherlands. Drivers from EU/EFTA countries can use their own driving licenses (although Dutch laws are applicable) for up to 10 years if issued before 19 January 2103 or 15 years if issued after that date. Almost everyone else has to exchange their license for a Dutch driving license within six months of taking up residency and carry an international driving license or permit in the meantime.

Childcare in the Netherlands includes public childcare centers, childminders, and playgroups but there are often waiting lists, so organize as soon as possible. You may be eligible for childcare benefits for certain registered childcare options.

Arranging insurance during your first week in the Netherlands

The Dutch take out high levels of insurance compared to other countries. In addition to compulsory health insurance and social security, you’re advised to take out contents insurance and if applicable, homeowners/house and car insurance.

Many Dutch people also take out liability insurance (e.g., covering you in case you damage someone else’s property and legal insurance), giving access to legal advice.

Learn and speak the language like a Dutch person

Although English is widely spoken, learning Dutch will help you feel more at home in the Netherlands, will open up more job opportunities, and will make everyday interactions easier. It could also be fun and a good way to meet people, especially during your first week in the Netherlands. The Education Executive Agency lends money for lessons, municipalities sometimes run courses and you may be able to go on a course through your employer.

The Netherlands is rated as one of the best places to retire on the Nataxis Global Retirement Index and has one of the best pension systems in the world according to the Mercer’s Global Pensions Index 2016. If you’re making Dutch social security contributions, you’ll be eligible for a Dutch pension. Pensions are supplemented by company/occupational and private pension schemes. You may be able to combine EU/EEA/Swiss state pensions and transfer international pension funds.

Don’t mistake the Dutch direct manner of speaking as rudeness – it’s just different to what you may be used to. While people are friendly it can also be slow to form deep friendships – but hang in there.

According to a recent Oxfam report, the Netherlands has the most plentiful, nutritious, healthy, and affordable food in the world! Start your culinary journey with Dutch food.

The Netherlands is a country of surprises. Check out inventions you didn’t know were Dutch and some interesting facts about the Netherlands. 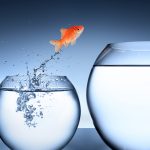