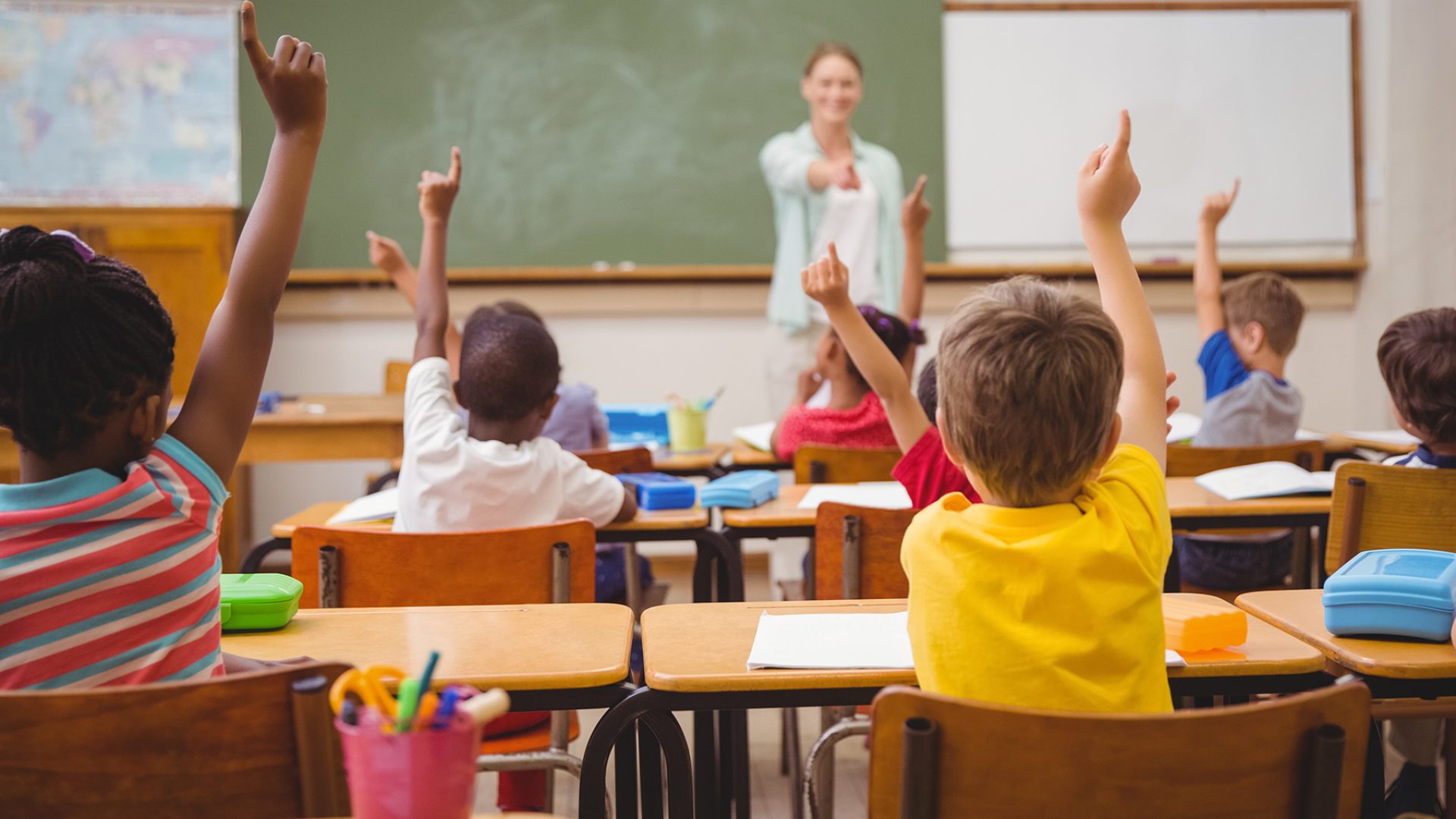 Education in Spain can offer a lot to the expat family, but should you enrol your child in a Spanish state school, a private school or an international school in Spain?

If you’re moving to Spain with children, there are many schools in Spain to choose from: free state Spanish schools, subsidized private schools, bilingual schools, and fully independent international schools.

Spanish state schools, private schools in Spain, or international schools in Spain can all offer a lot to the expat family, but you need to do research to see which Spanish education system best suits the needs of your children.

To enroll your child into Spanish education, you can choose between a state school, private Spanish school (most of which are subsidized by the state), or a fully independent school, which includes most international schools in Spain. It’s also legal to home school your child in Spain.

Pros and cons of a local Spanish school

If you’re planning on staying in Spain long-term or have young children (first years of primary or younger) then sending your child to one of the local Spanish schools in Spain can be a good option. Your child will be mixing with Spanish children and will quickly pick up the language and integrate into Spanish culture.

It can help if you also speak some Spanish as you’ll probably need it to speak to the teachers, most of whom won’t speak your language, as well as help your children with their homework. Immersing your child in a foreign language from day one can put pressure on them, beyond all the ordinary strains associated with starting a new school, so home support can help and taking Spanish lessons prior to the move can be beneficial.

Older children might find it more difficult to adjust as they’ll be learning a new language, a new curriculum and will probably miss their old friends and environment. However, some Spanish schools across Spain do offer bilingual British-Spanish programs. If you decide to send your child to a Spanish school, make sure you allow your child time to settle in – it might take a while.

Another consideration is that state schools in Spain don’t usually offer many extra-curricular activities such as sports, drama arts/crafts or music, so parents have to organize this though local clubs themselves. Additionally, class sizes tend to be larger – up to 30 students – than in private schools in Spain.

Pros and cons of international schools in Spain

If you have an older child (over 8 years old) or your stay in Spain will be short-term then you might want to consider an international school in Spain. Pupils can continue with a familiar curriculum taught in their native language. These schools usually have small classes, provide a wide choice of academic and non-academic subjects and activities and they achieve excellent results. However, all this comes at a cost and fees can be high.

Another important consideration is that while an international school may expose children to cultures from around the world and they will have Spanish lessons in school, they will have limited contact with the Spanish language and culture. This can hinder their integration or make them feel like the odd one out in their new home. Bilingual schools can be an alternate option to aid your child’s Spanish skills.

The Ministry of Education, Culture, and Sport (Ministerio de Educación, Cultura y Deporte or MECD) has overall responsibility for education in Spain but the 17 autonomous regions control their own education systems. This means schools can teach in the regional language instead of Spanish, so in the Basque Country, Catalonia, Galicia, or Valencia, you will find a small percentage of schools that teach in Basque, Catalan, Gallego, or Valencian respectively.

The majority of children in Spain attend Spanish state schools. State schools in Spain are called ‘public schools’ (not to be confused with English public schools which are private). Within the state education system in Spain, children usually attend the closest school to home at both primary and secondary level (allocated by the education department of the ayuntamiento or town hall). If you are about to move to Spain, your choice of school may influence the decision about where you live.

Some primary state schools in Spain, particularly in areas with large expat populations such as the Costa del Sol and Costa Blanca, provide extra Spanish classes to bring foreign pupils up to speed and to minimize disruption in classes for the Spanish children. They may also encourage a pairing scheme between Spanish and foreign children to help new pupils settle in.

At the primary level, the school is often within walking distance of home while at the secondary level, the closest school may be some distance away so pupils often travel to school on the school bus. In cities, there will probably be several schools to choose from in your area. You can find out about the choice of local schools at your ayuntamiento. Read more about the Spanish education system.

Applying to go to a Spanish state school

Schools have pupil quotas and it’s first come-first served, so if the school of your choice is popular you should make sure you find out about enrolment dates as soon as possible. Enrolment dates vary according to where you live and the school so you need to check, but enrolment usually takes place for two months some time between February and May of the year you want your child to start at the school.

Foreign parents should allow time to enroll their child in a state school in Spain, as the process can sometimes be lengthy. Your local town hall in the area you are moving to can give you their requirements as the process and paperwork vary from region to region. Be sure to ask if any foreign documents need to be officially translated.

You’ll need to be registered on el padrón (the official register of inhabitants) at your local ayuntamiento before you can enroll your child at a state school. Once registered you can go to the education department of the ayuntamiento to get a school registration form and medical certificate for your child.

You may need to show:

You may also be required to take along two passport-sized photos and any school reports/exam results from a previous school. If your child will be starting the third year of secondary school, you’ll also need to get your child’s school records verified by the MECD in a process called convalidación or homologación (the official record of your child’s education), ideally before coming to Spain. Ask at the Spanish embassy or consulate in your home country for details on how to do this.

The convalidación process requires you to send the appropriate forms from the Department of Education (MECD) along with your child’s school record book and/or examination qualifications, plus his/her birth certificate. A child will not be accepted at school until the official papers have been received and stamped by the Spanish Department of Education. The process can take between three to six months, although a receipt from the Education Ministry for the convalidacion documents for your child can be acceptable to start school.

The process for applying to state schools in Spain can vary between cities and the autonomous communities. You can find more information about exact requirements on the website for your local area.

Information is available at regional level on the Community Madrid website, where you can search for schools and find information on everything from Early Years Education through to Universities. The Madrid City Council website also has a section on education.

Plenty of information is available on the Generalitat de Catalunya website covering all levels of education, including details on application processes. The official website for school information in Barcelona is available here. You can find details of local schools as well as a wealth of support services and resources.

Information on education services in Valencia can be found on the Educacio Valencia website, although all information on this website is in Spanish.

The Malaga City Council website has details of school facilities as well as information on grants and scholarships available for study.

Information on educational services in Seville is published on the City Council website. This includes details of educational programs running in the city.

About a third of Spanish children and young people go to a private school. Some private schools are funded by the state (colegio concertados) and fees are subsidised thus cheaper, while others are fully independent (colegios privados).

Private schools in Spain tend to have smaller classes sizes, have a wider choice of academic subjects, have better facilities and offer more extra-curricular activities than state schools. Most private schools are open from Monday to Friday, they may be day school or take boarders, and they will set their own term dates independent of the Spanish state education system.

You can choose a private school in Spain based on which course level or curriculum you want your childen to learn, including:

The Spanish bachillerato is generally taught at private schools in Spain, which teach entirely in Spanish, are state-subsidized (thus cheaper) and follow the Spanish state-school curriculum.

If you want to send your child to a colegio concertados, you must apply though registering on the padrón and education department of the ayuntamiento in the same way as for a state school (see above).

Homeschooling isn’t illegal but few Spaniards do it. For more information on homeschooling in Spain see Expatica’s guide to the school system in Spain.

If you can, visit the school and meet the headteacher. In addition to the criteria you would normally apply to finding your child’s school at home, you might want to find out: A guide to education in Spain 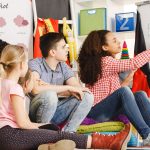 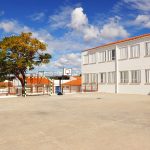