Rules do not always apply! Prepared to be left tongue-twisted after trying to pronounce some these unusual place names for locations in the United Kingdom.

The history of Britain stretches back thousands of years. We’ve all heard about the Romans, the Normans, and the Victorians, but the local stories about how places came to be can sometimes be forgotten. To what do those strange place names truly refer?

There’s a story behind each of these places, from Follifoot to the town of Pity Me, from Bangor to the record-breaking Llanfairpwllgwyngyllgogerychwyrndrobwllllantysiliogogogoch (the longest place name in Europe!).

Take the woeful-sounding Pity Me in County Durham, for example. In some tales, it is said that St Cuthbert’s coffin was dropped here by wandering monks – with the late saint pleading with them to take pity on him and treat his corpse more gently. More likely, Pity Me started as an informal name given by a farmer to his most desolate stretch of land, and the name stuck as the area grew into a village.

So how about that Llanfairpwllgwyngyllgogerychwyrndrobwllllantysiliogogogoch, then? Well, the meaning is quite straightforward: ‘Church of St Mary in the pool of the white hazels fairly near the rapid whirlpool by the Church of St Tysillo at the red place’. It’s a detailed description of the location, found on Anglesey in Wales, and was apparently beefed up to 58 letters for promotional reasons.

Our new infographic interprets 27 such baffling British place names to give you a better insight into the culture of those rainy isles, covering everything from the depths of Cornwall, to the Peak District at the heart of England and the outer reaches of Scotland and Northern Ireland.

When you discover how the UK’s mostly oddly named towns got their titles, you might get a better idea of which ones you should visit 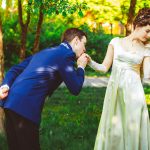 Tips for understanding the Brits

2020 public holidays and important dates in the UK