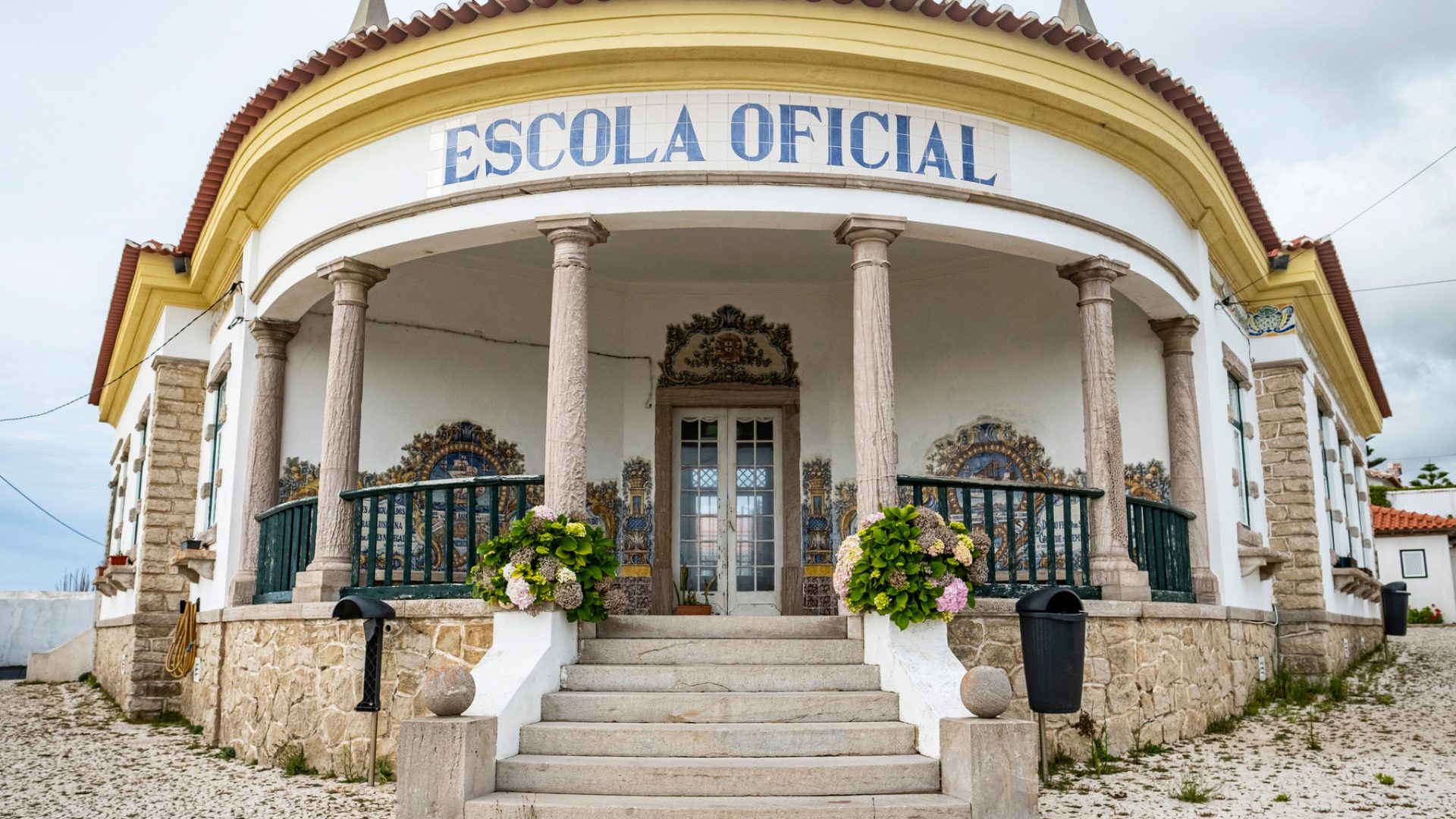 Searching for a primary school in Portugal? This helpful guide clarifies the curriculums, fees, enrollment process, graduation, and more.

So to help you out, we clarify the primary education system in Portugal and cover the following:

The primary education system in Portugal

A primary school in Portugal is called an Escola Primária or Escola Básica. It covers basic education between pre-school and secondary school. Primary school is compulsory for children ages 6 to 15, but some may join slightly earlier if they are ready. Primary education in Portugal is available in both state and private schools, and there are around 5,664 public schools and 2,646 private schools in the country.

In Portugal, the primary education system (ensino básico) has three stages or cycles, as follows:

In Portugal, public schools (escolas públicas) are free to attend. However, while there are no tuition fees, parents may still need to pay for additional supplies, books, school meals, occasional field trips, and extracurricular activities. These activities vary between schools but often include football, ballet, and karate.

Search for primary schools in Portugal in our directory

State primary schools generally offer a high standard of education. Around 832,629 students enrolled in one in 2020, accounting for approximately 87.5% of students. That said, there may be fewer subject options in smaller, rural schools. Furthermore, these schools only teach in Portuguese, which means that children will need to be familiar with the language when they begin school.

Portugal also has partially state-controlled schools, which are known as the ensino cooperativo. Parents do need to pay tuition fees, but the state partially subsidizes them.

The curriculum in state primary schools in Portugal

The school week in primary schools in Portugal typically runs from Monday to Friday, 09:00 to 16:00. Lessons are usually 60 minutes long and each class has around 20 students.

The core subjects taught at state primary schools include:

In addition to these subjects, children also have at least two hours of physical education per week. It is also mandatory to have English lessons from the third grade, however, schools can choose to start this earlier. In the third cycle of primary education, children begin learning a second foreign language. Some schools also offer religious and art education.

Students must complete a few written assessments throughout the year, and teachers also evaluate class participation and homework assignments. At the end of the ninth grade, students must pass two exams in Portuguese and mathematics, before they can progress to secondary school. Although there are some final assessments in other years, these two exams are the only ones that count toward the student’s average grade.

A student’s final grade is based on a sliding scale that ranges from 1 (very poor) to 5 (excellent). Below 3 is a fail, therefore, if students score grades below 3 for both Portuguese and mathematics, they don’t pass grade 9. Similarly, if their grades in three or more subjects are below 3, they also don’t progress to secondary school in the next school year. That said, they can retake the exams in June and July. However, if they still don’t pass both subjects, they will be held back a year.

Make a note of these school holidays in Portugal

The school year for primary schools in Portugal usually starts around the second week of September and is divided into three terms, as follows:

In Portugal, children enjoy several school holidays throughout the year. This includes Christmas, Carnival, Easter, and a long summer break between each grade. Schools also close on public holidays.

The pros and cons of state schools in Portugal

Naturally, state schools in Portugal come with both advantages and disadvantages, and this is something you will want to consider when deciding if this is the most suitable option for your child. Below are some of the biggest factors to weigh up.

Public primary schools in Portugal are free to attend, which is a big advantage for parents. They also offer a convenient way for pupils to integrate into the local culture and learn the local language as schools only teach in Portuguese. However, if your child doesn’t speak Portuguese, you can request one-on-one sessions to help them develop their language skills.

State schools do come with a few disadvantages, too. For instance, the quality of education can vary from region to region, and in some rural areas, there’s often a lack of resources or even teachers for a specific subject. This means that you might have to supplement your child’s education with extra materials or classes.

If a child turns six before 15 September, they have to start attending primary school that year. Schools in Portugal have a catchment area which means that parents need to register their child at one within their area of residence or workplace.

Registration must be done online via the Portal das Matrículas enrollment portal (if you have a Portuguese citizen card) or directly at your chosen school. When you apply, you can prioritize up to five school choices. While students usually get their first option, it’s always good to have alternatives.

You should submit your application by 16 July, however, the deadline for first graders usually ends in early May. Applications may be accepted past this date, especially from international students. Still, it’s always best to check with the school to see if there are places available first.

You will need to present the following documents when you apply to a primary school in Portugal:

When transferring schools, you should also provide a verified certificate of qualifications (certificado de habilitações) which is translated into Portuguese. This is where a translation service such as Lingoking can help.

Portugal has a strong Catholic background, so many private primary schools often have ties with Catholicism. This is the most popular choice among Portuguese families when choosing private schooling. This is partly because the standard of education is often higher than in state schools, discipline is stricter, and they offer more extracurricular activities. Religion takes center stage in these schools, with students praying before class and attending mandatory religion classes. Fees start at around €4,000 a year.

You will find a few Montessori schools in Portugal but these are generally designed for children who are younger than seven. These schools promote independence and creativity and respect each child’s learning rhythm.

Some parents choose to complement their child’s primary education by creating a Montessori environment at home or attending workshops at organizations such as Atelier Montessori.

Waldorf schools promote self-discovery and encourage students by recognizing their efforts throughout the year. In a Waldorf school, children can pursue their interests and learn through creative media. Most of these institutions are located around Lisbon, but you will also find the Escola Waldorf a Oliveira in the Algarve.

Portugal is home to many international schools. These include British, American, French, and German primary schools. Children attending these schools follow a country-specific curriculum. Many expat families enroll their children in international schools because they provide an easy transition if you are considering moving countries again.

Search for international schools in Portugal in our directory

Tuition fees can range from anywhere between €9,000 and €15,000 per year, depending on your child’s grade. However, this excludes registration fees and extra costs for school lunches or field trips. Interestingly, a recent study revealed that Portugal has some of the cheapest international schools in Europe.

The pros and cons of international schools in Portugal

Just like state schools in Portugal, international schools also come with their own advantages and disadvantages. Below are some of the biggest factors that you might want to consider when deciding if this is the right option for your child. You can also read more about how to choose a good international school in our guide.

Studying at an international school in Portugal has many advantages. For starters, these schools often provide a higher level of education than state schools and have access to more activities and resources. Moreover, children develop in a multicultural environment by engaging with staff and peers from around the world.

The main downside of international schools is, of course, the substantially higher costs when compared to a free state school. Unfortunately, children also tend to integrate less into Portuguese culture and don’t grasp the language as well due to the lack of connection with the local community. The education system in Portugal 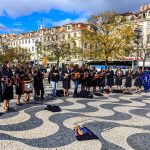