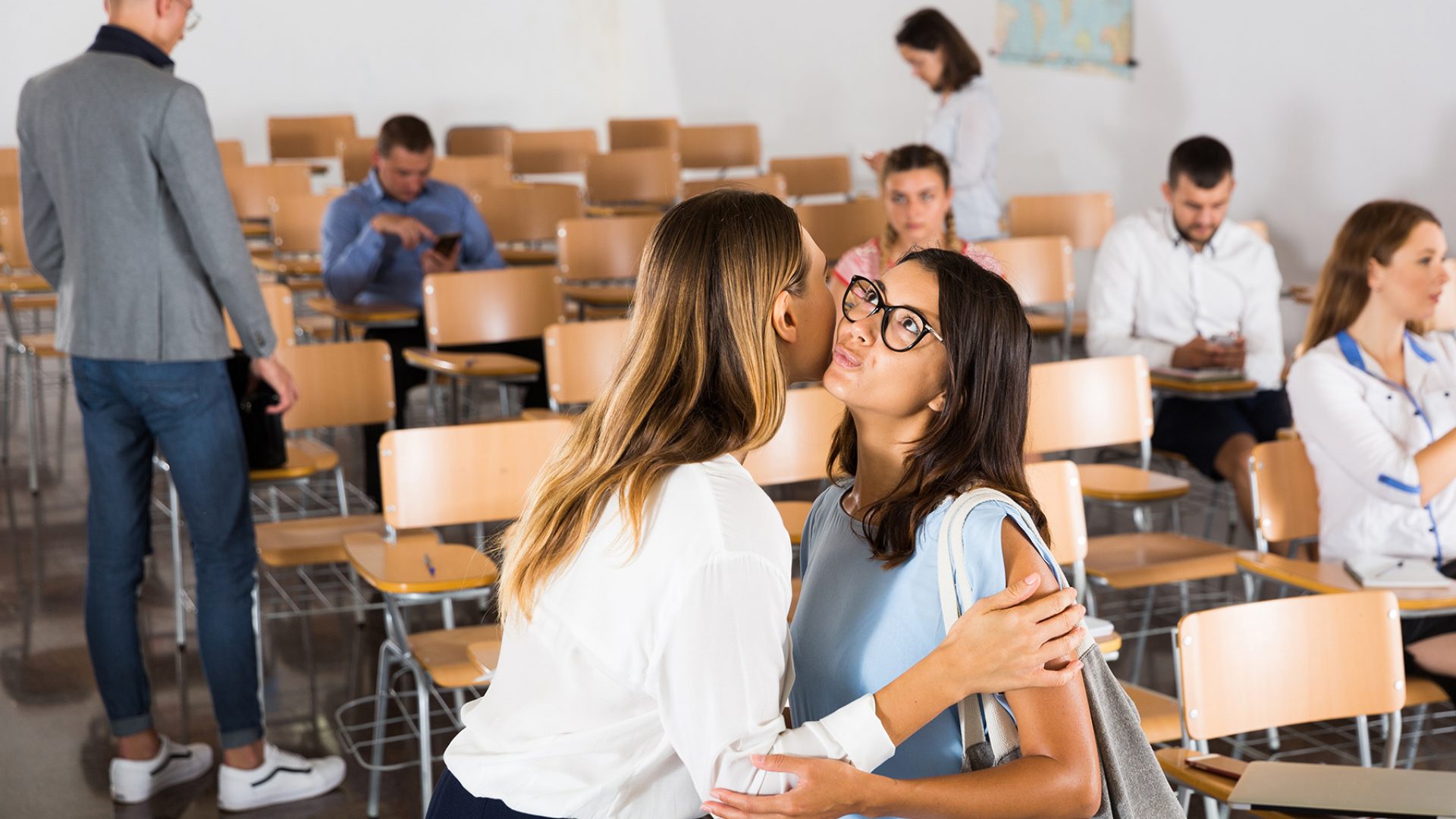 A guide to Dutch etiquette

Are the Dutch really flexible and direct? For those living in the Netherlands, we take a look at Dutch attitudes to etiquette, work, family life, and time management to ease integration.

How we look upon and judge the lifestyle and workplace of other cultures depends on how we view the world from our own cultural background.

The Netherlands is a small country with a limited internal market, consequently the Dutch look across their borders for markets. They started out as worldwide maritime traders in the 16th century and today they are still significant players in the global economy.

With almost 17 million inhabitants – 16 829 289 (January 2014, cbs.nl) – the Netherlands is one of the most densely populated countries in Europe. Everyday life has a strong structure in place. Private life and work are subject to careful planning; nothing is down to chance. Ad hoc changes are not positive here.

The Netherlands is a democracy with a tolerant, open society. Although up to 40 percent of the Dutch say they have no religion, Calvinism still strongly influences their values and beliefs. This Protestant Christian religion, introduced in the 16th century, dictates individual responsibility for moral salvage from the sinful world through introspection, total honesty, soberness, rejection of pleasure and the enjoyment of wealth.

The Dutch are perhaps a little stingy. But in reality, they simply hate to waste everything from food to money. Maybe it is this virtue that made this small country an economic world power.

The Netherlands has an egalitarian society. Status and respect are through study and work and not through family ties or old age. Every person is equal; this is surprisingly difficult for many foreigners.

As a Brazilian general manager living in the Netherlands remarked, “I am happy that my Dutch personnel did not throw me out of my office the first week I worked in Amsterdam. As top manager in Rio, I barely spoke to my lower personnel.

“In Amsterdam I learned to exchange some words daily with the cleaning lady, to discuss all the work with my managers and to kindly ask my secretary what phone calls came in for me. I now make my own photocopies and coffee. Once you know the rules here it is very pleasant and productive to work in such an open society.”

A visiting Japanese CEO asked, “If the CEO is pouring his own coffee, what kind of power can he hold in the company?”

Many Americans think the Dutch way of working is time-consuming. Good luck giving a direct order without explaining why.

In order to deliver good work, the Dutch like to consider the risks and consequences of everything they do, well in advance. They want to have detailed information. In the case something does go wrong, the Dutch individual will take full responsibility for the consequences. In the case of success, of course, they will take the full credit.

The client is not always right

The Dutch work hard in their 36- to 40-hour week. Work is streamlined to make the client’s life easy but at a steep price because foreigners often have the impression that Dutch people are not very service-minded.

This may seem so because in most countries, the client has a preferential position above the salesperson and therefore in that particular situation, a higher status. In the Netherlands, however, goods and services are exchanged on an equal basis. Salespersons feel free to openly disagree and criticize their clients.

The Dutch are famous in the Western world for the many hours a week they spend in meetings. Decision-making processes are complex.

Everyone offers their opinion. In the end, a compromise arises where everyone agrees. Once agreed upon the work can progress steadily. Therefore, changes are usually lengthy processes.

The contrary takes place when Dutch businessmen and women travel. They usually have the individual authority to close deals on the spot without consulting the home office.

Dutch global traders are much more flexible abroad than at their home office.

The Dutch directness in the communication with foreigners regularly causes misunderstandings. Unable to make things understood through context and unable to read context, the Dutch express themselves verbally.

They speak in a friendly tone in rather short, clear, sober sentences lacking any form of politeness or courtesy.

The Dutch are distrustful of very polite conversations, afraid that an unpleasant message may be hidden which they are unable to detect.

Being very nice may awaken the suspicion that one is in need of a special favor. Politeness may also cause irritation as it is a waste of time.

The Dutch expect others to be open and direct like them. They will tell you what they think of you and criticise your work indifferent of your status if you are a superior or a subordinate.

In some cases, they expect you to be honest and direct in return. If you detect mistakes in their work and you do not inform them about these mistakes, they might get disappointed with you.

The Dutch do not necessarily feel ashamed when you inform them of a mistake, and can appreciate that you give them the opportunity to correct and thus improve themselves. The Dutch feel that in the end, one learns from his mistakes.

Loss of face is a rather unknown concept in Dutch society in comparison to other cultures.

However, expatriates have reported that being direct back to the Dutch doesn’t always sit so well.

The Dutch love time off to spend with their partner, kids and friends, for vacation or to study. Therefore they will prefer to reduce working hours instead of having an increase in salary.

Vacation days, depending on the labour contract, run from 21 to as many as 35 working days a year. Expatriates on foreign work-contracts in the Netherlands often complain they are always in the office while the Dutch are on vacation.

Working hours may run from 9am to 5–6pm. Those who are unable to handle their job within the office hours may not be fit for the job.

As work is very well structured within organisations, much work is done during regular working hours. Except for those at management level, employees are reluctant to work overtime.

Being very time conscious, one may have to plan business appointments up to four weeks ahead, with bosses, clients, and colleagues.

As for your private agenda, with some friends you may plan an evening at the cinema six weeks from today. There is generally no such thing as just ‘dropping by to say hello’, although this depends on your friend.

Despite having a very open and individualistic society, when it comes to the family nucleus, it is a hermetically closed circle. The family nucleus is detached from the extended family.

Adult brothers and sisters usually see each other only on birthday celebrations, weddings, and funerals. There is no moral obligation to take care of extended family members or elderly parents.

With all this planning and structuring, there is little room for spontaneity. Therefore Dutch people do not excel in improvising. However, they have an adventurous mind and dare to take risks in business, which requests flexibility.

Despite the strong Calvinist background and a disapproval of extremes, homosexual marriages, sex on TV and legalised soft drugs are part of daily life.

The Dutch may have great work relationships with their colleagues, but they rarely invite them to their homes. Work and private life do not mix.

People may start retiring as young as 50, up to legal retirement age of 65 years old (to be gradually raised to 67 by 2021). The elderly don’t automatically receive respect in the corporate world. However, the Business Insider ranked the Netherlands in their top 10 list of places to retire.

Elderly people may never be consulted for their wisdom but they are well taken care of in comfortable old-age houses once they are unable to live on their own. If you are wealthy or not, everyone gets equal treatment.

The Dutch are open and will enjoy lengthy discussions over a beer in a bar with mostly anybody. This relationship ends when you say goodbye at the door.

However, once you do have a Dutchman (or woman) as a friend, you have a friend for life.