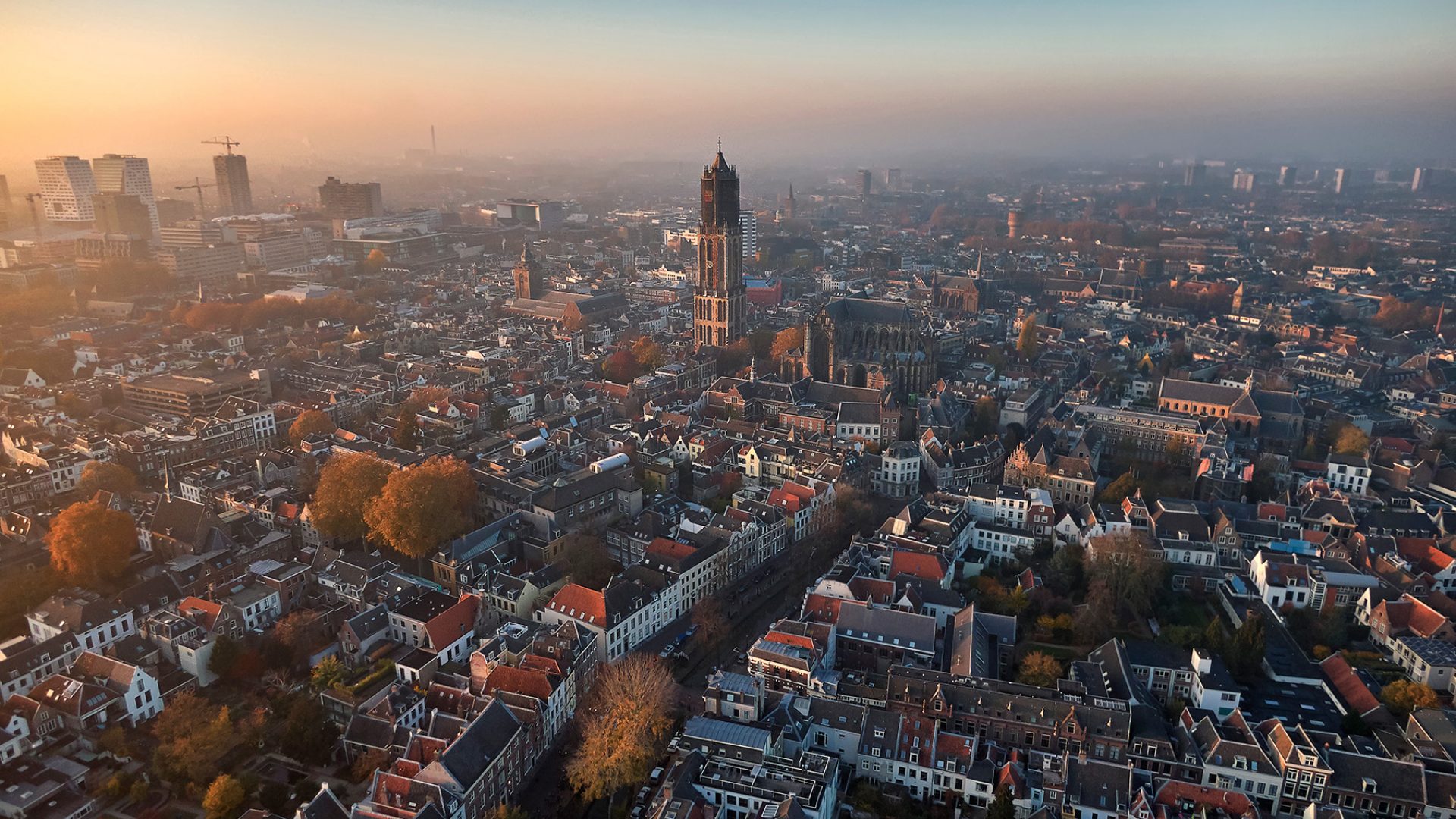 Where to live in Utrecht

Home Moving to the Netherlands Where to Live Where to live in Utrecht
Last update on March 07, 2022
Share

Utrecht is one of the most attractive places to live in the Netherlands, offering big-city amenities, a medieval center, and proximity to the Dutch countryside.

Located in the heart of the Netherlands, Utrecht is well connected to both big city amenities and lush Dutch countryside. The city and its environs remain one of the most beautiful places to live in the country. Utrecht attracts expats and foreign companies with high living standards and an educated workforce in a laid-back university town.

Utrecht: the gem of the Randstad

Arriving in Utrecht by train, you emerge into the country’s largest shopping mall, but don’t let that put you off. Utrecht’s medieval centre is a delightful place to live in, with its unusual sunken canals and cellar bars. “A pleasant mix of urban excitement and small-town charm,” according to local convention centre Jaarbeurs. The vibe gets particularly lively at night due to the huge (70,500) student population.

Utrecht is also undergoing the fastest development rate in its history, focused on transforming into a regional capital of European importance, complete with a bursting cultural agenda. It attracts international companies and expats alike, having the Netherland’s most highly educated workforce and second-best standard of living. The municipality offers expats information in English.

However, house-hunting here can be even harder than in Amsterdam. To deal with the shortage, the city is in the midst of expansion projects such as in Leidsche Rijn, and around the railway station to the west. The Station Area will form a natural extension of the central district, bringing together the areas to the east and west of the railway tracks. Its cultural charm will not be lost, however, as no changes will be made to the historic city center.

Transport links are excellent, particularly by train, as Utrecht is HQ for NS (Dutch National Railways) and Utrecht Centraal is the biggest and busiest train station in the Netherlands. It is an easy commute to Amsterdam (25 minutes by train) and the service is regular (five trains an hour).

The centre is prime territory, particularly the museum quarter and Wilhelminapark with its well-maintained 1930s houses.

Where to live in Utrecht

Twenty minutes down the motorway is the popular suburb of IJsselstein, complete with a car-free medieval city centre and castle (now a museum). There are fast train connections to Utrecht and Nieuwegein, and good cultural amenities. Nature lovers can enjoy the green heart of the Netherlands with bike trails through scenic countryside and along the river Lek.

New housing opened in 2012, and zoning approved even more. The center should get new retail and housing stock by 2016.

Officially part of the city of Utrecht, Leidsche Rijn consists of the two small villages of Vleuten and Meern and includes the entire agricultural area between those villages and Utrecht itself.

The largest new development in the Netherlands, some 30,000 houses and new space for industry and companies are being built in Leidsche Rijn. In effect, this means that a medium-sized town, which will house 100,000 people, is being built out of nothing. Great effort is being made to create an environmentally friendly town with high-quality housing. An underground motorway is the pride of the project.

Additionally, there will be a new hospital, schools, churches, shopping facilities, a train station and separate bus lanes throughout the area leading straight to the heart of Utrecht. Keep in mind that most of the facilities won’t be built for another few years (around 2025) but you can also do your shopping in the villages of either Vleuten or De Meern.

Lying 7 kilometers south of Utrecht, Nieuwegein is a new town dating from 1971 to cope with Utrecht’s expanding population. There are a variety of housing styles from classic Dutch brick homes to modern high-rises, and if you need to drive to work, easy access to nearby motorways (A2, A12, and A27). To the east is Houten, a fast-developing town, where some third of its population is under 20.

Many houses are amidst parks, lakes, and nature. Most people go to Utrecht for entertainment, making Nieuwegein residential and also ideal for those with young families. New international companies continue to build in the newer industrial park where you can even rent storage space.

This beautiful area is northwest of Utrecht and close to the Loosdrechtse Plassen lakes. Popular with young families and retirees, Breukelen and Maarssen connect with Utrecht through local rail and bus services.

Older villages include Oud-Zuilen (built around a castle) and Maarssen-Dorp. Maarssenbroek contains newer housing estates with local amenities and services in place.

This video from Utrecht’s tourism office gives insight into Utrecht.

Buying a home in Utrecht

If the cozy city of Utrecht sounds like your type of place, then you may be considering buying a home in the city. Generally speaking, expats are able to easily buy a Dutch property. However, when getting a mortgage in the Netherlands, many use a mortgage advisor to help them through the process. This is especially helpful if you don’t speak Dutch and are new to the local housing market. Expat-friendly mortgage advisors operating in Utrecht include:

For more information on buying homes in Utrecht and the Netherlands in general, read our expert guide.