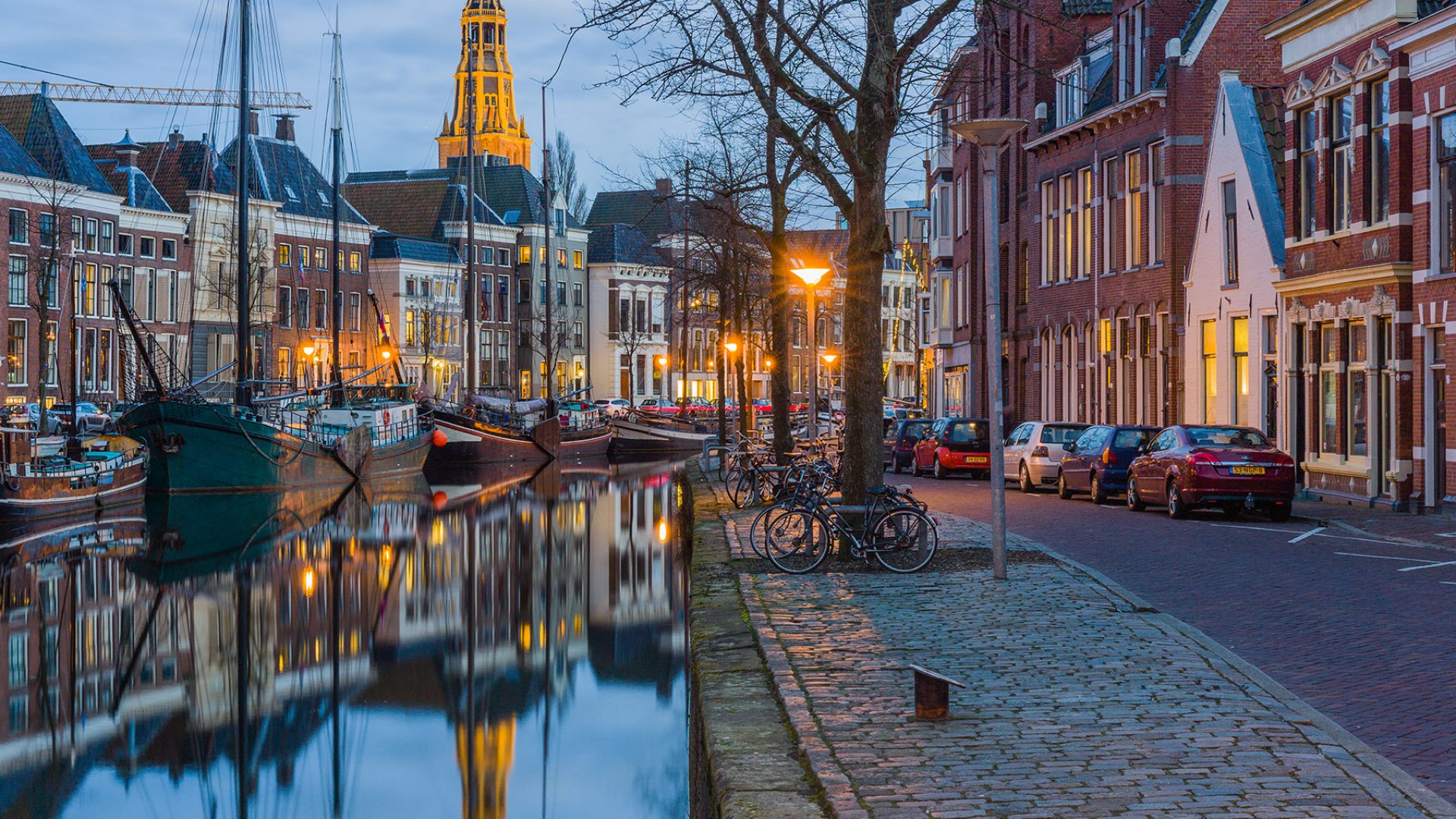 Where to live in Groningen

Home Moving to the Netherlands Where to Live Where to live in Groningen
Last update on July 13, 2021
Share

Discover historical Groningen, a vibrant university city where expats can live in the north of the Netherlands amongst the country’s youngest population.

Historical Groningen is a vibrant university city in the north of the Netherlands. The many benefits of having the youngest population in the country includes a yearly program of arts, culture and music that is enjoyed by locals and visitors alike.

Estimates based on archaeological evidence from this region, dates human activity in the area as starting sometime between 3950-3720BC, although the first major settlement was established later in the third century AD. The city ‘villa Cruoninga’ is noted in the official records of 1040, making this city founded on the northernmost point of the Hondsrug region, a historical treasure.

From early times, Groningen was an important trade center in Northern Europe. A wall was constructed around the perimeters to protect the inhabitants and a local dialect was also adopted as the dominant language.

Over the following centuries, Groningen was ruled by the Spanish (during the Eighty Years War 1568-1648, also referred to as the Dutch War of Independence) before again regaining independence under the leadership of William of Orange; fought an attack from the Bishop of Munster and his forces during the Third Anglo-Dutch War (1672); and had its city centre destroyed during the Battle of Groningen in the second World War (1945).

A centre for education

The energy of youth

With a population over 190,000, Groningen is the seventh-largest city in the Netherlands and the capital city in the north of the country. More than 60 percent of the inhabitants are under the age of 40, with 20 percent being students. Students often choose to continue enjoying what the city offers, by remaining in Groningen to work as well as raise their future families.

Art, culture, and entertainment thrive in this environment.  Groningen city centre boasts around 160 bars, cafés, open-air terraces and nightclubs with more liberal opening hours than Amsterdam.  Many international bands consider Groningen a worthy venue to play during a European tour.  Subsequently, the city is sometimes seen as a rock capital, especially as many local bands have launched a successful career from the annual Eurosonic or Noorderslag festival held in Groningen.

Groningen has its own airport, 10 kilometres south of the city centre. Cheap flights to European cities are also available across the border from Bremen airport. Three train stations provide a regular service to most Dutch cities: Groningen, Groningen Noord, and Groningen Europapark. Qbuzz runs the inner and intercity bus transportation. By car, the journey to Amsterdam takes around 2.20 hours; or three hours to The Hague or Rotterdam. Driving to Germany also means that you can be in Hamburg in three hours or Bremen within around two.

In 2010, Groningen ranked second in an EU quality of life survey comparing 75 EU cities. Researchers collected data on the happiness of inhabitants in regards to subjects like transport, health, and cultural facilities. The survey also found that 60% of all journeys made in Groningen were by bicycle.

Where to live in Groningen

The centre of Groningen (Centrum) is popular with students and young singles perhaps, most likely due to the proximity of shops, restaurants, cafes and bars.

Historical area with 19th century buildings, close to the beautiful Noorderplantsoen park that is frequented by the locals, especially on sunny days.  Mixed residential population, although again popular with students due to the nearby University.  Slightly larger houses, some with gardens.

Home to the popular theatre, De Oosterpoort, as well as a number of bars and cafes, this area is sought after by young professional couples and students. Historical buildings, including schipperswoning or traditional Dutch fishermen houses are also located in this neighborhood.

Behind Central Station and close to Stadspark (outside festival venue), this area has easy accessibility to Groningen Centrum. It’s also popular with students.

Two neighborhoods that have merged to become one: Korrewegwijk. Cheap accommodation also available in this diverse neighborhood, with a strong Asian influence. A large discount supermarket is also based here.

Another diverse neighborhood to the northeast of Centrum, old monuments and some cheaper accommodation available. Green areas around a popular park.

Further out and offering larger homes with gardens, this area is popular with young couples and families. The Zernikecomplex is located here.

A 20-minute bike ride from the Centrum, these residential areas are close to both natural and manmade recreational areas.

Buying a home in Groningen

If the buzzing city of Groningen sounds like your type of place, then you may be considering buying a home in the city. Generally speaking, expats are able to easily buy a Dutch property. However, when getting a mortgage in the Netherlands, many use a mortgage advisor to help them through the process. This is especially helpful if you don’t speak Dutch and are new to the local housing market. Expat-friendly mortgage advisors operating in Groningen include:

For more information on buying homes in Groningen and the Netherlands in general, read our expert guide.