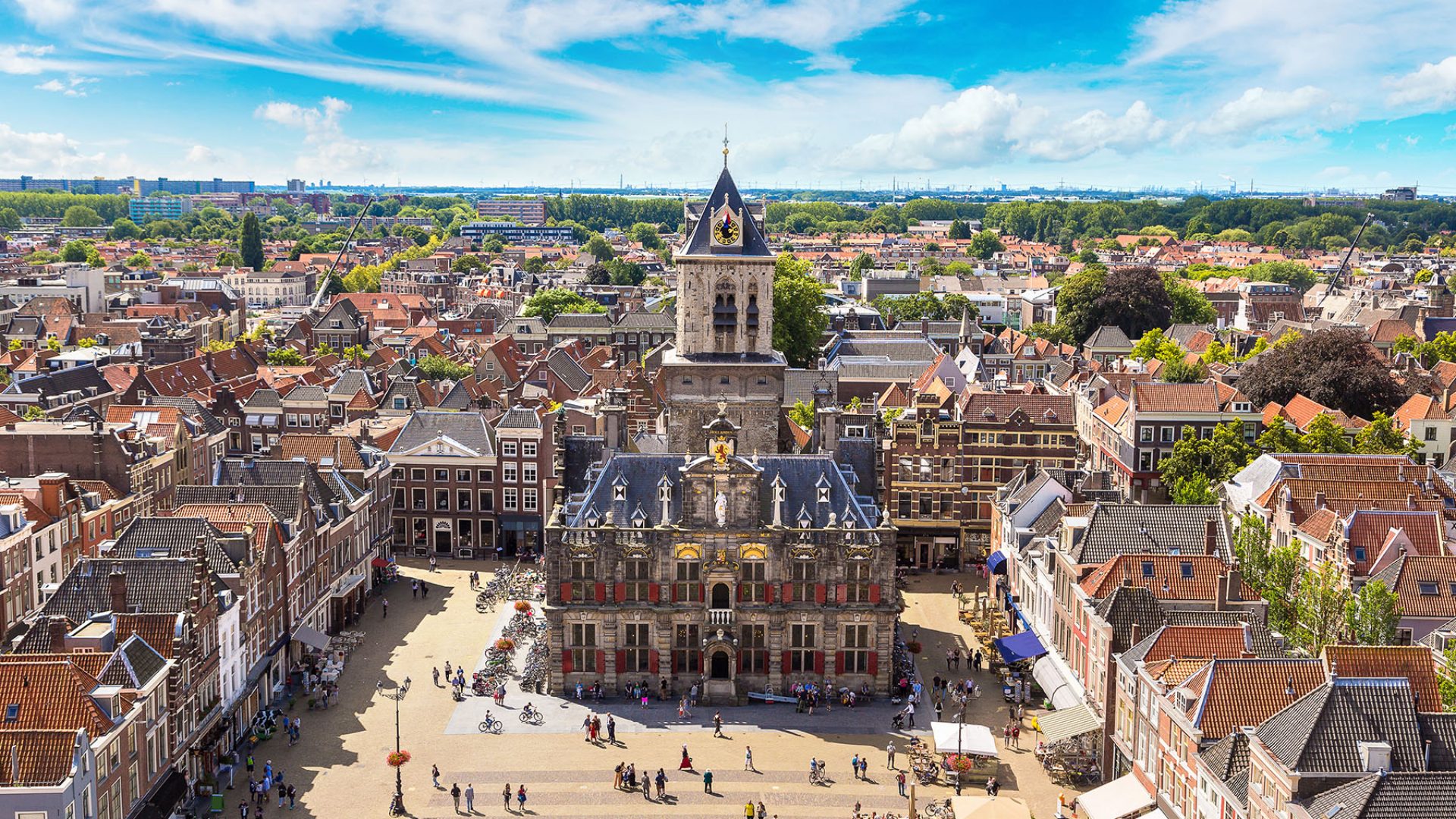 Where to live in Delft

Home Moving to the Netherlands Where to Live Where to live in Delft
Last update on June 18, 2021
Share

Wedged between The Hague and Rotterdam, Delft is a beautiful historical town that attracts those seeking a quieter lifestyle with good city connections. What are the best parts of town to live in Delft?

Delft is home to the famous Delft blue earthenware, the acclaimed Delft University of Technology, Johannes Vermeer, and a beautiful old church full of dead royals.

Located in the province of South Holland in between the cities of The Hague and Rotterdam, Delft is proving to be a popular option for people wanting to live in a more tranquil lifestyle with easy access to the larger cities. It is particularly popular with young families seeking a quieter and more spacious home environment.

Delft is more than 750 years old and has historically been linked to the Dutch royal family. In 1584 William of Orange was shot and killed in Het Prinsenhof.

Now a museum, the bullet holes are still visible. Over the years, they have more than tripled in size because of all the visitors who felt the need to stick their fingers in them.

William, like most of the royal family, lies buried in the crypt of the Nieuwe Kerk which stands majestically in the heart of Delft’s historic city centre.

Known worldwide for its Delftware, Delft is a favourite with day trippers and tourists who come by the bus loads to admire and buy the ceramics.

These days most of the blue and white that is for sale isn’t actually Delftware but cheap reproductions made overseas.

If you are seeking the real thing, head to one of the two remaining factories that produce authentic Delftware: the Porceleyne Fles and the Delftse Pauw.

Delft is in essence a miniature version of Amsterdam. There are the same pretty canals and stately canal houses. Museums like the new Science Centre, the Tobacco Museum, Prinsenhof Museum and the Army Museum provide interesting outings for rainy days.

There is an abundance of bars and cafes, a few cinemas, and even the odd coffee shop. This is after all a college town, yet if Delft’s nightlife seems a little quieter than you desire, The Hague, Rotterdam and even Amsterdam are only a relatively short train ride away.

If you live in Delft, the transportation links are excellent. There is a tram line that connects the city to The Hague and the seaside town of Scheveningen and there are regular trains to and from the cities that surround Delft (The Hague is just 5 minutes by train, Rotterdam 15 minutes, Amsterdam 50 minutes).

Delft has numerous recommended restaurants including the Micheli-starred ‘Aan de Zweth‘ in Zweth. Less upmarket, yet very popular with both locals and tourists due to its delicious homemade apple tart is Kobus Kuch situated on the Beestenmarkt.

Where to live in Delft

Delft’s inner city resembles Amsterdam’s swanky canals when it comes to the architecture and to real estate prices. A house on the Oude Delft, the equivalent of the Keizersgracht, can run in the millions and even the smaller, former working-class houses in the narrow streets of Delft’s historic city centre can cost anything from €300,000 and up. The university and the accessibility to larger Dutch cities places a greater demand on housing in Delft. Despite the high prices, the areas of Hof van Delft and the Westerkwartier remain popular with property buyers.

Young families and middle-income earners often prefer to live in the southern suburb of Tanthof. This residential area built in the 1970’s is a family neighbourhood with schools and services geared toward young families. More than 80% of residents are of Dutch origin.

Similar to Tanthof, this area is inhabited predominantly by young dutch families in single-family homes built before 1940. Location has the benefit of being walking distance to the railway station and central shopping area.

To the north of the centre is Vrijenban, a green district which borders the recreation area of Delftse Hout. This is an older district, with more than 40% of homes more than 70 years old. More diversity in the ages and cultural backgrounds of residents than in Tanthof. Tram service and easy access to motorway.

Mainly high-rise rental flats in this spacious suburb. Colourful and diverse area due to cultural mix of local population. More than a third of the inhabitants are under 25.

Similar to Buitenhof and with the population density twice the Delft average due to the proliferation of flats and high-rise buildings.

Recommended options further afield are the small towns of Pijnacker, Delfgauw and Nootdorp. Collectively these towns are in a beautiful green municipality with just over 50,000 inhabitants, with an average 17% of foreign residents. Nootdorp has a local tram service and is connected to The Hague by train and bus. You can read more at www.pijnacker-nootdorp.nl.