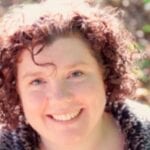 Where do you stand in the ‘midwifes versus gynaecologists’ debate?

One of the things I loved about being pregnant in the Netherlands was the fact that I was not treated as if I had a medical condition. I went to the hospital during my first pregnancy only for scans (and for subsequent pregnancies, even those were done at the midwife practice), a blood test in the first trimester, and an emergency visit in the last trimester when my baby’s heartbeat was deemed too fast by my midwife.

The rest of the time, I saw only a group of midwives at their practice. Hospitals, as great as they are when you actually need them, are not places where I want to spend a lot of time.

The Dutch approach to birth

What I also loved was the fact that I could make a considered judgement about where I wanted to give birth. I had the option of a home or a hospital birth. If I had been pregnant in England, I am 99 percent sure a home birth would not have even been a topic of conversation.

In the UK only 2.4 percent of births happen at home compared to nearly 20 percent in the Netherlands. The cost of a hospital birth in the Netherlands is only fully covered by medical insurance if there is a medical reason for it. Plus midwives – the Dutch first line of care – advocate natural births. At least when I gave birth – in 2006 – they certainly did.

I’m an expat, and the first thing that crossed my mind was how culturally different a birth in the UK was (or in the US for that matter), where all my friends seemed to be talking about epidurals and gas and air. However, I decided that if I could, I would opt for a home birth. What could be more comfortable than not having to pack up a case and head off to an unknown, sterile environment surrounded by strange faces to give birth?

But when it came down to it, I had to go to hospital. There was meconium in the embryonic fluid and I had no choice. The midwife was with me at home, and made it clear that we had to transfer as quickly as we could to the hospital. No panic, no stress, just matter of factly, “Let’s move it.”

I was devastated. I hadn’t prepared myself for plan B. Everything was ready for a home birth, not a hospital birth (it turned out that I seemed to have absentmindedly forgotten to complete the packing of my hospital case).

The details of the birth I will save for a rainy day (or a book), but suffice to say that because the maternity ward was working at maximum capacity and there were not enough people to attend to all the women in labour, I had a difficult, stressful delivery. No woman should have to go through a traumatic labour and birth because of staff shortages. My husband and I were left alone for large chunks of time in the delivery room – feeling helpless, clueless and upset. My baby also became distressed.

So no one will ever convince me that a hospital room is always the best place for a woman to give birth because it is safer, because of ‘just in case’… it should be the first choice of every woman, regardless of the situation.

A doula and a whole lot of personal experience made a difference for me for the second and third births – also in a hospital.

Home births in the Netherlands

DutchNews.nl translated an article that appeared in De Volkskrant called ‘Home Births: Let the Gynaecologists Decide‘ (if you can read Dutch be sure to read the original article, and particularly the comments it evoked – including from gynaecologists themselves). In the article, the two authors (Kenneth Watson and Rob Kottenhagen) are advocating that gynaecologists should decide whether women can safely give birth at home or not. It’s an opinion piece. And this in turn is my opinion piece about the article.

The first line already riled me; translated from the original article, the piece starts like this.

‘It is irresponsible to maintain home births as the cornerstone of midwifery care’.

And it riles me because just over 80 percent of women in the Netherlands give birth in the hospital. The cornerstone of midwifery care is not home birth.

It goes on to state:

‘The German poet Heinrich Heine once said that if the end of the world came, he would go to the Netherlands because there everything happened 50 years later. This comment seems a fitting one for another anachronistic Dutch phenomenon: the home birth. Everywhere in the affluent West, the safety of mother and child is paramount and hospital births are the norm’.

It goes on to talk about midwives playing Russian roulette with the lives of mothers and babies, that midwives make woefully inadequate risk assessments.

By the time I got to the end of the piece, my blood was boiling. And I don’t even think it was because of the message in the article, more the tone. I can well imagine how any midwife felt reading the article. The authors imply that the priority of the midwife is not the mother, nor the baby. How insulting is that to the profession?

When the article mentioned the worrying baby death figures, it did not mention that part of the discussion was that gynaecologists, doctors and anaesthetists weren’t always around at night in hospitals. That their absence put women in danger.

I miss the part that admits that many women who were successfully able to have a home birth, had a wonderful experience. I gave birth three times in a hospital, and not one time could I say it was a pleasant experience. It got the job done – I took three healthy baby boys home with me – but pleasant? No, absolutely not. I am envious of the many positive home birth stories I have heard.

I miss the acknowledgement of the research that indicates that hospital births increase the chances of intervention being necessary (caesarian sections, vacuum pump and so on). That labour is lasting longer and longer as women lie in hospital beds.

I welcome any proper discussion on the topic of childbirth, whether in the Netherlands or elsewhere. Childbirth should be safe, no matter where you give birth. Women should have a choice. Women should make the decisions, based on facts and risks with the help of the professionals (I’m not alone in thinking this).

I believe all women should have the right to a safe environment and professional care for labour and birth. But the truth is that sometimes things go wrong; they go wrong in a maternity ward in a hospital, they go wrong at home. Midwives are human. Gynaecologists are human. Labour is unpredictable. Births do not follow a script.

I feel strongly that demonising midwives is just wrong. That’s my opinion. Instead of the eternal battle that rages on in the Netherlands between midwifes and gynaecologists about who is best to lead pregnancies, labour and births, it would be nice to see more collaboration. Instead of one camp against another, I would rather see more unity and seamless co-operation, with specialists working together in the interest of mothers-to-be and their unborn children. Less emphasis on who gets the money for delivery, and more emphasis on safety, but also comfort! The comfort of the mother, a relaxed mother, a contented mother, which is proven to aid the labour process, seems to have been forgotten along the way.

The only positive thing I can say about this article is that, despite its dismissive, condescending tone, it has of course sparked discussion. I am, after all, writing about it. Many are talking about it. Many have commented on it. It’s a topic that will always spark controversy, that will evoke the most primal of emotions. I believe women should have a choice about where they want to give birth. 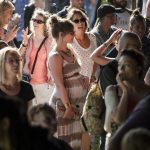