Home Living in Germany Family & Pets Lessons we should all adopt from German parenting
Last update on June 03, 2021 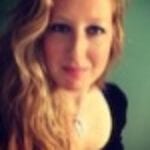 Let your children burn things might go against better judgment, but that’s just one way German parents are getting parenting right.

Germans have got parenting very right in some respects; values placed on independence and personal growth are instilled from a very early age, and carry over into adulthood. American writer Sara Zeske is currently raising her family in Berlin, and offers some advice on the subject in a recent article for TIME.com.

1. Connect with nature every day

Germans don’t let the weather get in the way of exploring the outdoors. They feel it is important to get fresh air, exercise, play and discover their neighborhoods on a daily basis. All of the schools provide outdoor recess. Zeske notes that ‘parents still bundle their kids up and take them to the park, or send them out on their own’, even if the weather is cold and dreary. Being outside during the day becomes habit forming, to the point that Germans don’t use their sometimes harsh climate as an excuse to stay home in their pjs. “According to a German saying ‘there is no such thing as bad weather, only unsuitable clothing.’”

2. Let your child find their own way

There has been a lot of debate in America surrounding parents who let their young children walk home from school on their own. While precautions should definitely be evaluated and instructed, allowing a child the freedom of walking between home and school can enhance their independence in a healthy way.

Zeske does credit this to the relatively low rate of abductions in Germany. But even with that knowledge, her research found that ‘stranger abductions are extremely rare; there were only 115 a year in all of America, according to the most recent U.S. Department of Justice study‘. Especially if children are in the company of friends from the neighbourhood, worry less and let them stray more.

3. Enhance safety skills together, through experimentation

Children admire adults, and model their behaviour. If you want a child to understand how to properly use a kitchen knife, or learn about fire safety, conduct an experiment with them. Show them the right way to use matches, and why it’s important to use them in the right way.

Zeske received a note home from her child’s teacher: “They were doing a project on fire. Would I let her light candles and perform experiments with matches? Together we lit candles and burned things, safely. It was brilliant.” There is a lot to be said about exploring the world together, and helping children understand it from your perspective, especially in the name of science.

4. Encourage the use of imagination

Germans don’t force academics down their students’ throats — instead, it’s more common to foster their interests and creativity, alongside teaching the basics. Zeske stated that ‘teachers and other parents discouraged me from teaching my children to read. I was told it was something special the kids learn together when they start grade school’. Young students also get not one, but two recess periods, to break up the learning process and help them relax.

Seems counterintuitive, but according to research that Zeske found from the Organization for Economic Co-operation and Development, ‘German 15-year-olds perform well above the international average when it comes to reading, math and science while their more pressured American counterparts lag behind’.

5. Make schooling the coolest thing a kid can do

Kids groan about going to school for a lot of reasons, but maybe if American parents got as excited about the experience as German parents do, they might be a bit more encouraged to go. Zeske’s friends explained to her the events of Einschulung (starting first grade), and Jugendweihe (becoming a young adult). Both involve big, community celebrations. ‘Einschulung is something children look forward to for years. It signals a major life change, and hopefully, an enthusiasm for learning’ wrote Zeske.

30 things to know about the Germans