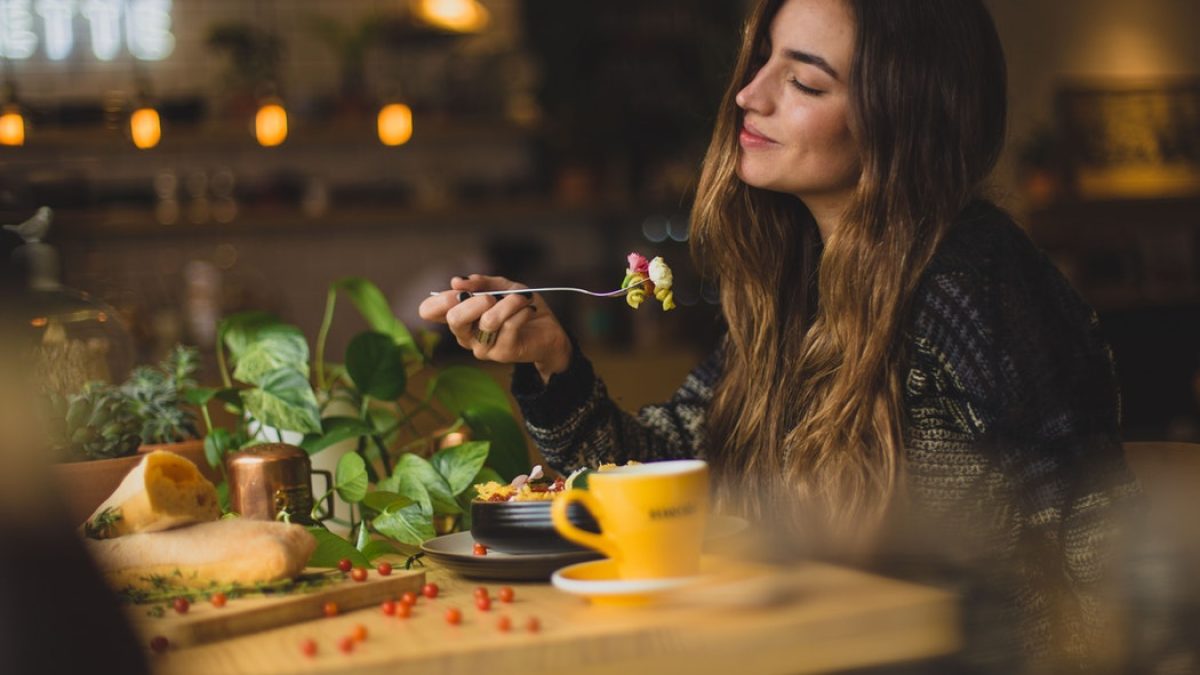 The best restaurants in Rotterdam

Rotterdam is known as a pioneer for modern architecture, but the city is becoming a hub for mouth-watering international cuisine. Here’s a guide to some of the best restaurants in Rotterdam.

Over the years, Rotterdam has been gradually transforming into a happening place for your taste buds, with culinary newcomers joining its growing gastronomic scene of tasty street food, tantalizing ethnic bites, up to Michelin-star dining and molecular discoveries monthly.

Just as Rotterdam has devoted its past to pioneering modernity, the city is now becoming a great place for new culinary developments and a haven for those on the hunt for trendy yet flavorsome dining.

As a reflection of the city’s dynamic mix of young professionals, academics, artists, and working-class families, Rotterdam’s food scene offers something for everyone. The aim to boost the city’s vitality has brought about exciting developments such as the Markthal, giving visitors a smorgasbord of easy dining options — like the Netherlands’ first Italian eatery by famous British chef Jamie Oliver — on top of its long-renowned international food scene of Spanish tapas bars, French bistros, Italian and Chinese restaurants, Oriental and African infusions and Surinamese food.

Today, visitors can quickly see why Rotterdam earned a place on Lonely Planet’s top 10 global list of Best in Travel 2016 —  where its top restaurants were just one reason.

Where to eat in Rotterdam

If you’re looking for dinner in town, Rotterdam offers an array of exciting culinary destinations, each with its own unique atmosphere.

Over the past few years, the old sailors’ stomping ground of Katendrecht peninsula has been gentrified to become a trendy gastronomic area, hosting stylish eateries, coffee shops, and lively bars. Along the peninsula, the charming Deliplein square is a gathering point for crowds on weekends, where you can choose from fresh lobster at Vislokaal Kaap, Thai dishes at Delibird, classic French cuisine at Bistrot du Bac, or crispy-thin pizza at Bleij, to name just a few. Bistro du Bac and De Matroos en het Meisie are celebrated restaurants, while Ceviche y Maas, a Peruvian restaurant and pisco bar, is an upcoming new addition. But if fresh meat is what yu’re looking for, restaurant CEO Baas van het Vlees won a local award for the best meat in the Netherlands in 2015.

For a mix of food and vintage design, head to the Oude Noorden. Renovated pre-war premises and historic facades make this a charming area to sip coffee, browse designer boutiques, and then plunge into the city’s nightlife and jazz scene once evening falls. Oude Noorden hides a hoard of cosy restaurants in narrow, winding streets and village-style local squares.

It’s also in Oude Norden where you can check out FG Food Lab, run by two-Michelin star chef François Geurds. Local French restaurant, Tosca, is another classic. And for some of the best pastries in town, delight at the sweets made by the mother-daughter team at Lof der Zoetheid.

The Witte de Withstraat, which was named the ‘city’s coolest street’ by Lonely Planet, and surrounding areas also host numerous up-and-coming restaurants. In the area, you will find seasonal produce specialist Dertien, hipster Fritèz, renowned for its fries and snacks, and burger joints Hamburg and Ter Marsch en Co — the latter winning the best burger in the Netherlands in 2015. Or if you’re feeling more adventurous, opt for a dish at Ballroom, which also serves more than 50 types of gin.

For a harbour stroll, hit the monumental Scheepvaartkwartier on the banks of the Nieuwe Maas. Here you’ll find the café and restaurant Loos, Italian La Pizza, and the classy Harbour Club, located in a hundred-year-old villa with an outdoor patio.

With the Maas River running through the city, waterfront views are easily found. Dining aboard the SS Rotterdam steamship — the largest ever built in the Netherlands, and the flagship of the Holland America Line — offers authentic 50s décor at Lido Restaurant, a fish-scale inspired ceiling at Ocean Bar and coffee in the Captain’s Lounge. For sailing on the Maas, the Beren Boat’s buffet with sate your appetite during the two and a half hour boat tour. For those seeking intimate dining, the views of Rotterdam’s canal at De Harmonie from the buffet add a romantic touch.

Following the city’s sailing theme, the Hotel New York offers a historical trip of the previous building of the Holland-America line, which transported thousands of Europeans to New York. It is also known to have some of the city’s best bitterballen, a Dutch fried croquette snack.

For amazing cityscape views, head up Rotterdam’s tallest building to the restaurant Brasserie Euromast, which sits 100m above ground. To see even more impressive architecture, go to the heart of the city where Dudok lies, a lively dining spot that is famous for its apple pie and its intricate design by Dutch architect WM Dudok.

Stroom is similarly trendy with its location in a former power plant on Lloydstraat, where you can watch chefs prepare your meal and even spend the night. Brazzo ups the ante of its industrial style with it being in a former slaughterhouse that is now covered with quirky artefacts, paintings and sculptures from local artists. For more glamour and design, Joelia on the ground floor of the Hilton hotel is decked with a ceiling of reflective gold sculptures.

Beer lovers can enjoy the craft brewery in Pelgrim, which offers beer-infused seasonal stews alongside house-brewed beers and homemade cheeses, before heading next door to admire the Pilgrim Father’s church, in Delftshaven. You can also find brewers Kaapse Brouwers (at the Fenix Food Factory) and Brouwerij Noordt.

Ethnic food to rouse the senses

Those who are not shy about exploring new cuisines will find themselves in foodie heaven among Rotterdam’s vibrant ethnic food scene. Lining the road of West-Kruiskade are Chinese takeaways, Moroccan eateries, and Surinamese snack bars, offering exotic nibbles and spicy surprises for the most discerning taste buds.

The city center is bursting with international delights, too. Interesting restaurants can be found in the Maritime District, Oude Haven, the Laurenskwartier, along Nieuwe Binnenweg and on and around Witte de Withstraat. On the Witte de Withstraat sits the popular Bazar, where the colorful interior and glitzy lights match the restaurant’s North African and Middle Eastern-inspired dishes.

You can also discover the delicate nuances of Japanese cuisine at Yama, or enjoy Italian delicacies at Oliva.

Rotterdam now caters to all foodie desires with the arrival of two hotspot marketplaces that focus on seeing, smelling, and sampling food. The arrival of the Markthal brings 100 market stands, 15 food-themed shops and eight restaurants under a single roof. Covering an entire block, the market allows you to sample a number of local Dutch dishes —  sugared poffertjes (tiny pastries), broodje haring (raw herring sandwiches), fresh stroopwafels (thin waffles with a toffee filling), as well as Chinese dumplings, spring rolls, Surinamese breads and other baked goods from a range of countries. For sit-down dining, try Jamie Oliver’s Italian, Obba, Le Souq, or Basq.

If you’re looking for a smaller, more intimate market, the Fenix Food Factory carries fresh artisanal foods and is located in one of the old Fenixloodsen quayside warehouses in Katendrecht. Its waterfront cafe is an ideal place to watch the sun set over the River Maas.

Rotterdam is no stranger to fine dining, with eight local restaurants having won the prestigious Michelin star approval. As these restaurants are popular, you need to book in advance.

A fireplace and open-plan kitchen make Amarone (French, 1 star) a welcoming place to sample the honest French cooking style of chef Gert Blom, while the rising Restaurant Wereldmuseum (International, 1 star) won an award for the best wine list in the Netherlands in 2015. Perceel and Niven also join the one-star Michelin roster.

Other restaurants listed for outstanding cuisine with menu items under EUR 35 include:

Chef Jim de Jong also caused a stir when he opened a restaurant at age 21, and he continues to put his food expertise into practice at his ‘bistronomy’ Restaurant De Jong, which specialises in herbs and vegetables. Seaweed, flowers and local leaves can sometimes be featured on the menu.

Rotterdam’s food focus extends beyond restaurant kitchens to festivals that fuse food, entertainment and culinary education. Rotterdamse Kost is a festival that combines the best of music and food, while Rrrrollend Rotterdam celebrates a newer food trend with the congregation of more than 30 food trucks alongside music performances.

To sample the best of the latest top chefs, Rauwkost brings them together in a raw-food festival to prepare their signature dishes, alongside food workshops and culinary lectures.

In a true celebration of Rotterdam’s diversity, the Djemaa el Fnaa festival turns the Museumpark in to a gigantic open-air restaurant wafting with spicy and exotic smells of eastern cuisines, and where visitors can sample couscous and tagine dishes, ride camels and attend workshops or performances.

The top places to eat at in Rotterdam 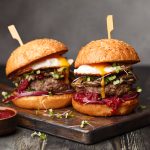 The best restaurants in Amsterdam