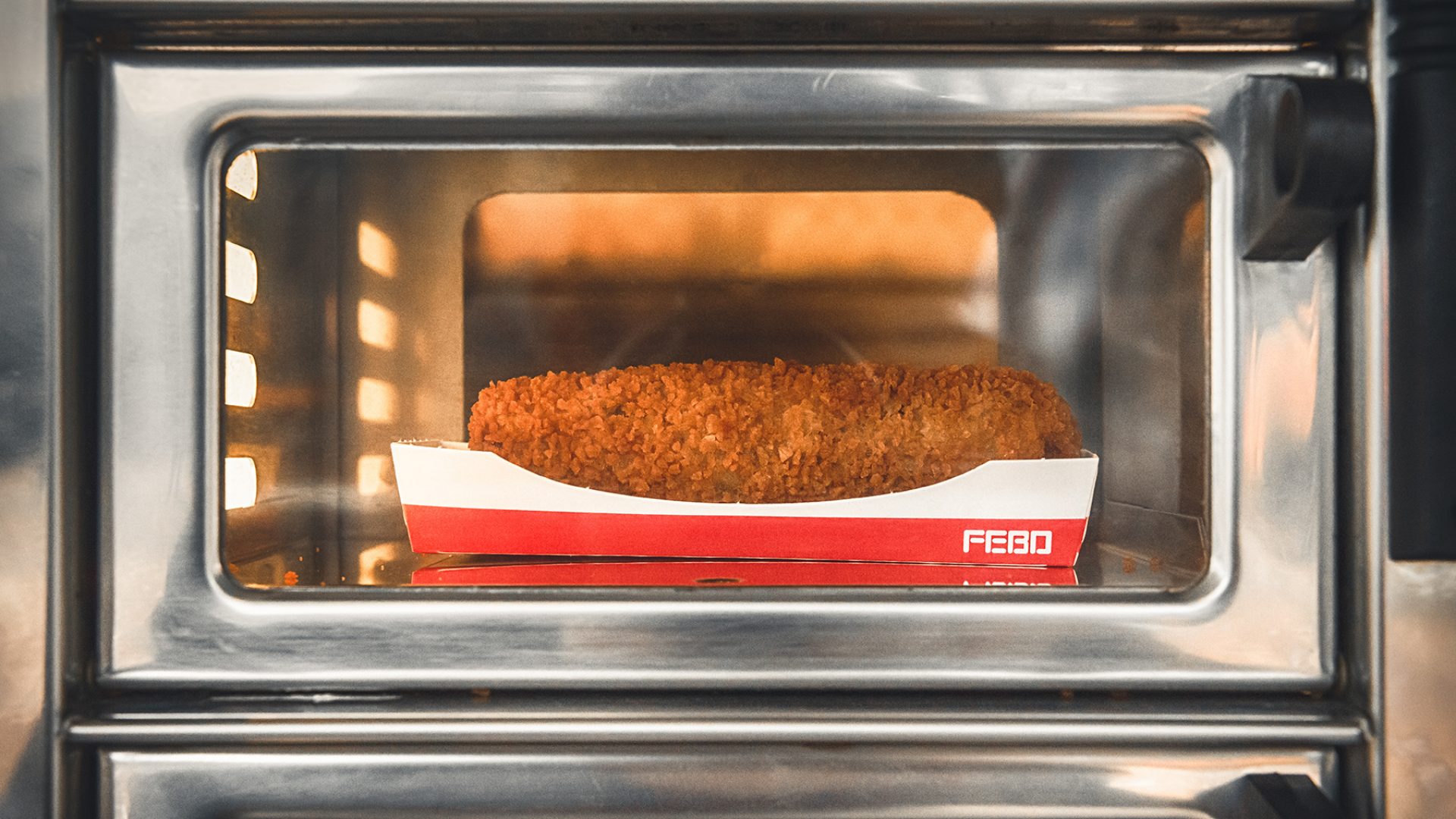 From small, fluffy pancakes to crunchy croquettes, we check out the best Dutch snack foods the Netherlands has to offer.

Dutch cuisine isn’t exactly known for being the most adventurous, but when it comes to snack foods, nobody beats the Netherlands. From the sweet and the savory – to the downright crazy – there’s plenty to sink your teeth into. Just take a look at these lekker Dutch snacks.

Looking for some between-snack inspiration for your Dutch kitchen? Then why not sign up for Marley Spoon's fresh and sustainable meal-kit boxes? Choose from 30 delicious, innovative recipes and have them delivered straight to your front door. You'll impress friends and family alike with the tasty menu available from Marley Spoon.

Arguably the king of Dutch snack foods, bitterballen have long dominated the bar-snack scene in the Netherlands. Crispy on the outside and gooey on the inside, these devilishly delicious meatballs typically contain beef, chicken, veal, or mushroom ragout. The tasty mixture is chilled and rolled into balls, then coated with breadcrumbs and deep-fried until golden.

Bitterballen are typically served with a grainy or spiced mustard dip, and often come as part of a bittergarnituur; an assortment of fried finger foods that accompany drinks. But be careful when you take that first bite, as these little treasures can be hotter than the sun. We aren’t exaggerating!

Similar to bitterballen, but cylindrical in shape, kroketten (or croquettes in English) come with a variety of fillings. This can be beef, pork, vegetables, potatoes, or shrimp. Eat them on their own as a snack or on a slice of white bread or hot dog buns with a tasty mustard dip.

This popular snack is available in many bars, cafés, and restaurants throughout the Netherlands; including McDonald’s and the legendary vending machine snack bar, FEBO. But just like bitterballen, they can also be extremely hot inside – so be careful!

This unusual looking sausage might not look very appetizing, but it has remained one of the most popular Dutch snacks since it first appeared in the Netherlands in 1959. Frikandel is a long, skinless, dark sausage that is made from a mixture of chicken, pork, or beef. However, some manufacturers use horse meat – so be warned!

Unlike most sausages, frikandel is deep-fried. Most eat it on its own or on a bread roll (broodje frikandel). Usual condiments include curry ketchup, mustard, mayonnaise, and diced onions. However, more adventurous snackers eat it with apple sauce. Still not convinced?

Make chips, not war! French fries are a popular snack throughout the world, but nobody eats them quite like the Dutch. One of the country’s more strangely-named treats consists of fries topped with a variety of condiments. These include mayonnaise, finely chopped onions, and peanut satay sauce.

The name, which literally translates to “war fries”, refers to the fact that eating them is a particularly messy affair. The snack itself also resembles a battlefield of condiments. Patatje oorlog typically comes on a plate or in a conical cup and goes down nicely with a cold beer on the side. But however you eat it, make sure you have a napkin on hand to clean up the mess afterward.

Few Dutch snacks divide opinion than this slippery Dutch delicacy. However, nobody can deny that raw herring (Hollandse nieuwe haring) is an institution in the Netherlands. Technically, it is only available between the months of May and July; this is when the fish is sufficiently fat enough for Dutch taste (16% fat, to be precise).

During this time, herring comes on a plate with chopped raw onions or in a sandwich (broodje haring). To eat it like a true Dutch person, though, you hold the fish by the tail, throw your head back, open your mouth, and let it slide in.

The Dutch are so crazy about herring that they even have a whole festival dedicated to it, called Flag Day (Vlaggetjesdag). During the celebrations, fishing boats wave flags and women dress in traditional costumes to welcome the return of the herring fleet and feast on the new season’s catch.

Got a sweet tooth? Then you will no doubt enjoy tucking into these tiny, fluffy pancakes. Made with yeast and buckwheat flour, poffertjes have a light and spongy texture and are a popular Dutch snack eaten at festivals and outdoor events. They are made using a special pan and are typically served warm on a cardboard tray along with powdered sugar, butter, or syrup (stroop).

If you want to make them at home, though, you can simply drop small spoonfuls of batter into a frying pan, just as you would with a normal pancake, and cook them until they are golden on both sides. Simply heavenly!

This list wouldn’t be complete without mentioning oliebollen – the Dutch answer to doughnuts. The word oliebollen literally translate to ‘oil balls’, but don’t let that put you off because these deep-fried delights are totally moreish. The dough contains flour, eggs, yeast, salt, milk, and baking powder, and sometimes contains raisins or other dried fruits. But they should always be covered with plenty of powdered sugar when served; so perhaps don’t eat one on your way to an important meeting!

Sadly, oliebollen are traditionally only available during the festive season and New Year’s Eve. During this time, you’ll find them at street stalls throughout the country. But when you do get to try one, make sure to eat it hot, straight from the food stall, or cold, with a cup of coffee (koffie).