Home Moving to Belgium About Belgium Cost of living in Belgium: how much do you need?
Last update on June 01, 2021
Share

Though the cost of living in Belgium is definitely up there, it is nowhere near as expensive as some other western European countries. This guide will help you navigate the costs of living from healthcare and food to housing, transportation, education, and much more.

Belgium’s strategic location in the European Union makes it an important country both economically and politically. Much of the Belgian economy depends on the export of manufactured goods to the rest of the EU, with shipments of the raw materials coming in from neighboring countries as well. This has allowed Belgians to enjoy a high standard of living.

This guide to the cost of living in Belgium includes:

The costs of living in Belgium

If you are concerned about steep living costs, keep in mind that the Belgian social security and tax systems are very advanced, meaning that income disparity is much less of an issue than in some other countries.

Another thing to remember is that with higher costs of living come higher standards of living. Belgium is among the top 10 countries in the world in terms of standard of living, according to the OECD.

Cost of living in Brussels

Brussels was ranked 27th in Mercer’s 2018 quality of living survey. The standard of living in Brussels remains high, and the cost of housing and public transportation are generally lower than neighboring European cities.

The total cost of living in Brussels is estimated to be:

Cost of living in Bruges

Bruges is the famous capital of West Flanders, a province in the Flemish part of Belgium. Rent, food, and transportation are some of the things that Bruges’ residents spend the most on.

The total cost of living in Bruges is estimated to be:

Cost of living in Antwerp

Antwerp is the largest city in the northern, or Flemish, part of Belgium, as well as the largest Belgian city in terms of population. It is also a huge business and fashion center, which hikes up prices but also the standard of living.

The total cost of living in Antwerp is around:

Cost of living in Ghent

Ghent is the capital of East Flanders. Like Bruges, the standard of living isn’t as high as in Brussels and Antwerp, but as a port and university city it offers some things that Brussels doesn’t.

The total cost of living in Ghent is around:

It is possible to buy and own property, although most expats choose to rent in Belgium instead. When you compare the average renting prices with the average salary in Belgium, renting a house with two bathrooms and three bedrooms is feasible.

Alternatively, expats might choose to rent a serviced apartments on a monthly basis through a property portal such as BBF, which has flats in Brussels and other cities in Belgium.

Brussels has higher rent prices and more competition for rentals, especially from foreigners. In Brussels’ city center, prices average around €1,500 per month for a three-bedroom apartment. Although Antwerp has an overall higher cost of living, rent for the same kind of apartment is less, at around €1,200 per month.

Of the four main Belgian cities, Bruges is the cheapest in terms of renting a three-bedroom apartment in the city center. There, you will only spend about €1,000 on average per month.

One thing to note when looking to rent in Belgium is that most contracts are for nine years. This doesn’t mean you have to stay for nine years; however, it can sometimes be cheaper than a short-term contract. Read more in our guides to renting in Belgium or renting in Brussels.

In Brussels, you can expect to pay about €125 a month for utilities, which generally includes electricity, water, heating, and garbage, for an apartment measuring around 85 square meters. Depending on the area that you live in, these prices could rise.

Read more about utilities in Belgium.

Cost of public transport in Belgium

Taxi rates start off at around €4 in Brussels and are around €2 per kilometer thereafter. In other major cities, the starting rate varies but the rate per kilometer is generally in the same range. Driving in Belgium is a common option, with gas prices ranging from €1.20–€1.40 per liter.

Costs to study in Belgium

Public schools in Belgium may seem tricky to navigate at first, but keep in mind that the Belgian school system has the advantage of being located in the same country as the European Union headquarters. Depending on where you live in Belgium, your children will be taught in either Dutch, French, or German, although there are many international schools in Belgium.

In a private or international school, you will have more control over what and how your child is taught. Some schools are bilingual, while some teach exclusively in English. Tuition fees in international schools in Belgium range anywhere from €6,000 to €30,000 a year, depending on the school.

Studying in Belgium is also much cheaper than in the United States and many other countries. Students from EU countries pay an annual fee of around €500–€600, although students from abroad pay considerably higher fees.

Costs of childcare in Belgium

Crèches (or kinderopvang in Dutch) in Belgium are the go-to option for working parents. There are both state-run and private Belgian childcare centres, although tax deductions are available for both. The spots go very quickly though, and it is recommended to start the application process early in your pregnancy.

Childcare costs vary depending on which part of Belgium you are in and your personal income. In the Flemish region, expect to pay between €1.30 and €23 a day per child, while in French-speaking Belgium the prices are slightly higher at around €2–28 per day. Keep in mind that this is based on household income and is tax-deductible to an extent.

Everyone living in Belgium is entitled to child benefits. The monthly prices in 2019 are the following:

Additional allowances based on age are added once the child reaches six years. Find out more in our guide to childcare in Belgium.

Although you generally pay upfront, a good portion of healthcare costs are reimbursed. Those with state insurance can opt for supplementary private insurances to get all the money back from treatments.

If you are employed by a company in Belgium, expect about 13% of your salary to go towards health insurance each year, deducted automatically. Your employer will contribute another 25% to round out the cost. Read more about health insurance in Belgium.

Cost of groceries in Belgium

Groceries are a hard thing to gauge in terms of prices because of the variables involved, such as the size of the household, dietary needs, and favorite brands.

However, the average Belgian cost of monthly groceries is around €150 per person, but this varies widely depending on which stores you shop at.

Cost of dining out in Belgium

Belgium, and its capital city of Brussels in particular, is known for its culinary prowess. Brussels has been compared to such cities as New York, Hong Kong, and Paris because of the sheer quality and variety of dining experiences it has to offer. The prices, however, are also up there for fine dining.

But you can easily find cheaper options, so those who love to eat out will not have to limit themselves. Inexpensive meals for one person range from €10–€15, with a half-liter of commercial beer costing around €4. As a comparison, a McDonald’s value meal is around €8 and a cappuccino around €2.70.

A mid-range restaurant offering a three-course meal for two will generally cost about €60, up to around €100 per person or more in Belgium’s top restaurants. A 10–15% service charge will be automatically added to your bill, so you do not need to tip unless you want to.

Belgium is famous for having the highest tax rates in all of Europe, which contributes significantly to the cost of living in Belgium. Top earners are hit with a whopping 50% of their income, compared to 45% in other European countries, although government reforms aim to reduce the Belgian income tax burden and a number of tax deductions can be claimed.

Taxes start off at 25% on income up to €12,990 a year, with the highest tax being 50% on incomes of €39,660 or more. The state collects income and company tax, while municipal authorities handle municipal and property taxes.

Certain expats may be able to apply for non-resident tax status in Belgium, where they only have to pay tax on income earned in Belgium. Read more in our guides to taxes in Belgium and Belgian inheritance tax.

Everyone living and working in Belgium is expected to contribute to the Belgian social security system. Your employer generally arranges this for you. Typically, 13% is taken from your salary and your employer pays another 24%. If you are self-employed, you can also get social security but must register for it yourself.

Those who live and work in Belgium are also entitled to a pension. The pension in Belgium is usually based on how much you earned and the years you worked. More is explained in our guide to Belgian pensions.

For economic indicators of prices, such as inflation and tax news see the Belgian government’s website. 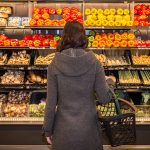 10 tips on how to save money in Belgium Estate planning and wills in Belgium