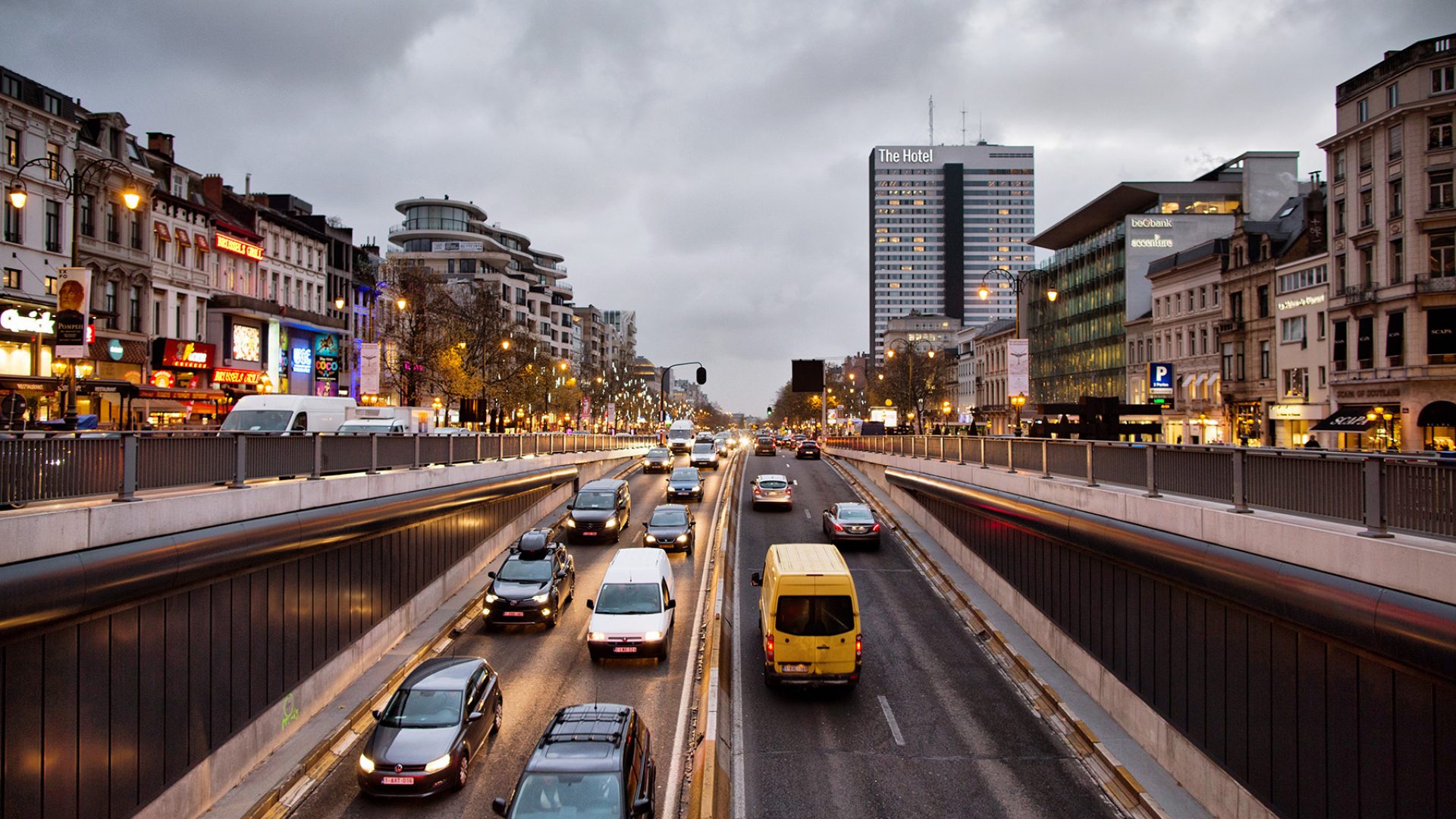 This guide to Belgian driving licenses covers the following issues:

Looking for a new or used car in Belgium? Whether you're looking for a family favorite or an urban run-around, you'll find it at Cardoen. With thousands of models in showrooms across Belgium, you'll be getting behind the wheel sooner than you thought at Cardoen.

Find your next car

Introduction to driving in Belgium

Certain nationalities must pass a Belgian driving test, including theory and practical tests. This makes getting a Belgian driver’s license more costly and time-consuming. You might weigh these costs against Belgium’s notoriously bad traffic jams and whether driving is best for your commute. There are centers that conduct driving theory tests in English (usually for a fee); alternatively, some centers allow an interpreter on the practical driving test.

Is your driving license valid in Belgium?

European Union countries have agreements in place with Belgium that recognize foreign licenses, allowing their citizens to drive in Belgium. Similiarly, non-EU drivers can also drive in Belgium using their foreign driver’s license. However, in some cases an international driving permit may be requested. Check with your home country.

Non-EU drivers typically must exchange their foreign license for a Belgian driving license after six months or after registering as a Belgian resident. Read on to find out if you need to exchange your foreign driver’s license, and see more about the rules for driving in Belgium.

Expats moving to Belgium from countries from within the European Union or European Economic Area (EEA – EU plus Iceland, Norway, and Lichtenstein) don’t need to exchange their driver’s license. However, you should register your license with the driving license department of the municipality in case of loss or theft. If a license from an EEA country is lost or stolen, replacements are Belgian. It is also possible to exchange an EEA license for a Belgian equivalent; this can serve as a local form of identification.

EU licenses are typically valid for 10 years, however, if you hold a driving license for life (i.e., one that has an unlimited validity period) issued by another EU country, you may be required to renew your license two years after officially registering your place of residence in Belgium.

Although third-country nationals can use their foreign driver’s license in Belgium for short stays or up to six months – although sometimes an International Driving Permit (IDP) is also required – they typically will need a Belgian driver’s license if they plan to stay long-term or once they register as an official Belgian resident. For information on IDPs, ask the driving authorities in your home country or visit your local town hall office.

Reciprocal arrangements are in place with numerous non-EEA countries that permit a driver to easily exchange their driver’s license for a Belgian equivalent. However, you must first register at your municipality and show a Belgian residency permit. Non-EEA nationals can check the government website to see if there is agreement for their country: www.mobilit.fgov.be.

If your country has no such agreement with Belgium, there is a requirement to pass the Belgian driving examination comprising of a theory and practical test. The Examination Centres (GOCA or SBAT) can arrange English versions of the theory exam. Book these well in advance.

Non-EEA residents can typically get a one-year grace period if they need to pass a Belgian driving test. However, when driving in Belgium, the person must carry their license at all times, together with the International Driving Permit (IDP), which contains a translation of the license. An international driving license has a lifetime of three years.

How to get a Belgian driving license

Further information on registering for an international driving license, exchanging a license or applying for a Belgian driving license can be found by visiting the town hall (maison communale/stadhuis) of most towns. Contact your local commune office to kickstart procedures.

Processing times for Belgian driving licenses can vary; anywhere from one or two weeks up to a couple of months is possible. As a result, you’ll receive a temporary license in the meantime.

The main categories of Belgian driver’s licenses include:

To get a Belgian driving license, certain nationalities must pass both a theoretical exam and a driving test at an official test center. Driving lessons are available from a wide variety of driving schools. You can find all the local test centers in Belgium where you can take the test in French and Dutch.

You first need to pass the theory test, which can be taken from age 17. If you don’t speak French, Dutch, or German, some driving schools in Belgium run theory classes in English.

Bring your ID and payment method to the exam. After passing, applicants must take a vision test. The basic theory test costs €15, or €50 if you require a translator, while the driving test costs around €30–50+, depending on what you require. See a list of prices in French or Dutch.

If you pass you’ll receive a test certificate (valid for up to three years), which you will need to take to your local commune and after about a week will be handed a provisional driver’s license (Permis de Conduire Provisoire, PCP/Voorlopig Rijbewijs, VRB); it will be valid for 18 or 36 months depending on your training (respectively, whether you opt for professional driving lessons or driving with a friend/family guide) and will cost a fee (€30). You will be given a timeframe within which you must take the practical driving test.

If you then want to take the test in a language other than Dutch, French, or German, you may be able to request the assistance of a translator (chosen by the test center), however, there are sometimes restrictions. Brussels, for example, banned translators in 2017; now, pre-recorded translations are available in the most frequently spoken languages. Flanders, on the other hand, allows translators but only for French, German, and English.

Driving test centers around Belgium that offer interpreters sometimes organize a special day when speakers of the same language can be put together. If you require an interpreter, you must book a test at one of the below centers:

Some complain that their success is dependent on the ability of the translator, so lots of study helps; you can find study books (translated into English) and online courses to help. To request to take the test in English, the waiting times vary but can be up to a month; book early.

The practical driving test in Belgium

(Permis de Conduire Provisoire, PCP/Voorlopig Rijbewijs, VRB) – See more at: https://www.angloinfo.com/belgium/how-to/page/belgium-transport-driving-licences-driving-test#sthash.BkJlpNTe.dpuf. After this, if required, you can arrange your driving lessons.

Before taking the practical driving test in Belgium, you must meet certain driving requirements. To practice driving, you have two options: you can either nominate a guide (who must meet certain conditions, such as a minimum of eight years of driving experience) to be in the car, or you can undertake 20 hours of driving lessons at a school.

The driving test is open to those older than 18 years and lasts about 40 minutes. You can request a translator, which means three extra people in the car including the driving instructor and examiner.

If you fail twice, you must do six hours of driving lessons before retaking the practical exam. You must bring certain documents, which can include proof of identity, your provisional driving license, proof of the fee paid, vehicle registration documents and proof of insurance.

If you pass your driving test, you will need to revisit your local town hall to request your official Belgian driving license; you will typically need to present two passport photos, an ID, your test certificate and money for the fee (about €30).

Buying a car in Belgium

Once you’ve got your driving license and feel confident enough to hit the Belgian roads, you’ll probably want to get yourself a car. Thankfully, there are plenty of options when it comes to finding a new or used car. You’ll find dealerships across the country, including the following: Guide to public transport in Belgium