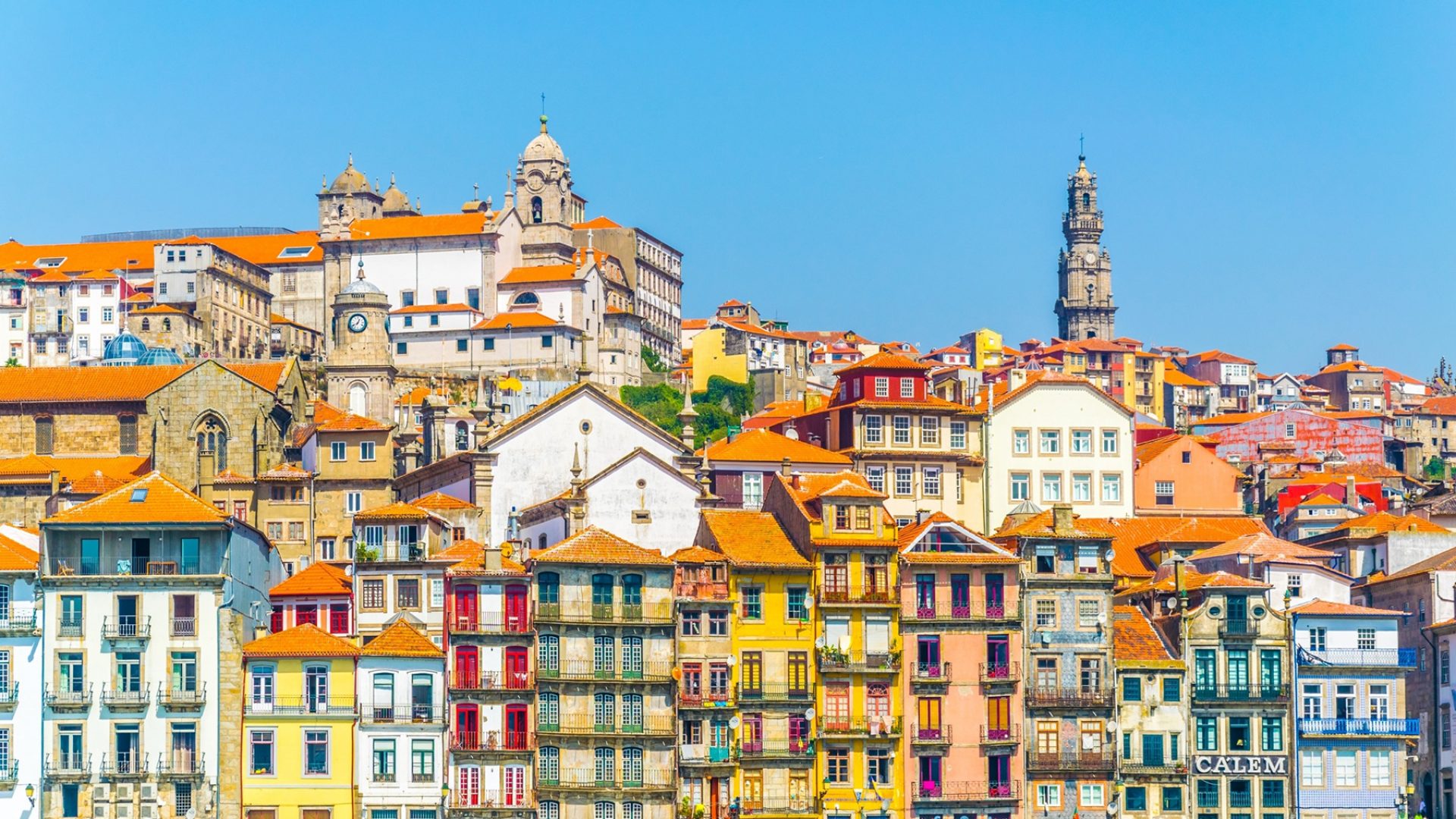 Home Moving to Portugal About Portugal The cost of living in Portugal
Last update on April 11, 2022
Share

See if the cost of living in Portugal fits your budget. Read our guide to find prices for food, housing, transport, leisure, and more.

With its enviable climate, stunning landscapes, and affordable cost of living, Portugal is growing in reputation amongst expats. The Algarve is one of the best places to retire, whilst the other-worldly charms of Lisbon, Porto, Coimbra, and Cascais offer a peaceful and cultural setting.

Portugal’s cost of living is known for being quite reasonable, offering a comfortable lifestyle to many expats. This guide provides an in-depth overview of what you can expect to spend and covers all the essentials. Read on to find out about:

General cost of living and standards of living in Portugal

Portugal scores relatively low on OECD better life indicators, especially when it comes to income and education. However, water and air quality score more highly than the OECD average. Despite these low scores, Lisbon comes in at 37th in Mercer’s 2019 Quality of living city ranking, higher than Paris, Milan, London, and Barcelona.

Earnings may be lower in Portugal than other comparable western European countries, but the cost of living is substantially lower, too.

Find the perfect Portuguese city for your new expat life

The average net-disposable income per household in Portugal is €18,287 a year, lower than the OECD average. A very sociable single person living in the center of Lisbon can expect to spend about €2,000 per month including rent, while a family of four will likely spend around €5,000 per month.

About 20% of Portugal’s population are at risk of poverty, just under the EU average. Although this number has gone down in recent years, women are slightly more likely than men to be at risk.

The estimated cost of living in different parts of Portugal are as follows:

Cost of living in Portugal: Lisbon

Cost of living in Portugal: Porto

Cost of living in Portugal: Coimbra

Cost of living in Portugal: Braga

Wages and salary in Portugal

If you’re looking for a job in Portugal, salary is likely to be one of your priorities. The current minimum wage in Portugal is €665 per month, lower than in neighboring Spain.

Portugal’s average wage is €24,521, which is far lower than the OECD average, and below the average wage in Spain, Italy, and France.

The cost of housing in Portugal is, in many cases, cheaper than elsewhere in western Europe.

Renting a city apartment in Lisbon or one of the charming Algarve towns is possible from about €650 per month, while a three-bedroom serviced apartment can be as much as €2,500 a month. On average, apartments cost €860 per month in Lisbon.

Elsewhere in the country, you can find rental costs for as low €500 for a two-bedroom apartment. Unfurnished apartments are usually the less expensive option. Expats in Lisbon with a family looking for buildings with modern amenities should expect to pay between €1,200–€2,000 a month.

According to Idealista, a real estate platform, Lisbon is the second cheapest capital city in Europe to buy a house (after Brussels). Apparently, the average home goes for €227,751 in the center of Lisbon. While housing costs €4,547 per square meter in the city center, the average price on the outskirts is €2,653 per square meter.

Prices throughout the country vary dramatically. For example, in other major cities such as Cascais, Porto, and Faro, you will likely pay €2,000–€3,000 per square meter. Meanwhile, the prices in rural areas are substantially lower. The cheapest municipality for property is Figueira de Castelo Rodrigo, where the median price is €161 per square meter.

The cost of domestic bills in Portugal

Portugal enjoys a mild climate which significantly reduces the cost of utilities. According to Numbeo, the average cost of electricity, gas and water in Portugal is €102 per month for an apartment of 85 square meters.

Read more in our guide to setting up utilities in Portugal.

Public healthcare in Portugal is provided by the Portuguese national health service (SNS). All residents need to register with Portuguese Social Security in order to access it. Your employer should do this for you, but if you are self-employed, you will need do this yourself. Some services are free, while others require a small contribution. Check with your healthcare provider or via the SNS online portal to find exact costs.

If you decide to use private health insurance, you can expect to pay considerably more. Your premium will depend on the level of coverage you need and whether it includes dentistry and other services. Costs can vary drastically: from a few hundred euros to several thousand.

Childcare services in Portugal include crèches, nurseries, childminders and kindergartens. Crèches generally only accept children between three months and three years and, according to Numbeo, can cost anything between €250–€500 per month.

By law, childminders in Portugal have to be a minimum age of 21. Nannies and au pairs in Portugal can demand fees of around €180 a week. If you use an agency to find an au pair, remember to factor in agency fees. Expats should budget at least €200 per week for childminding services in Portugal.

Schools in Portugal are funded by the state and registered expats are free to send their children to a state school free of charge. Many expat children attend private schools or international schools, which makes educating your children expensive. Portuguese universities are much more affordable in comparison with other EU countries.

Private schools focus on the Portuguese curriculum but are taught in dual languages. International schools allow your children to take the curriculum of your native country.

The cost of food and drink in Portugal

Staple foods in Portugal remain low in cost, but expats should still budget around €200 per person. Bear in mind that you can also source cheap, good quality fresh fish on the coast.

Grocery stores in Portugal are relatively affordable. Chains include Continente, Auchan, and Pingo Doce. If you’re looking for budget options, Portugal also has discount supermarkets such as Lidl, Minipreço, and Aldi.

Learn how to make our top 10 Portuguese dishes

Here are some average costs for typical grocery items in Lisbon:

Dining out in Portugal is somewhat cheaper than in other nearby countries. An inexpensive restaurant will charge you €7–€15 for a meal, while fast food is even cheaper. A typical McDonalds meal will set you back about €6.75. Meanwhile, if you want to push the boat out, you can easily find a three-course meal for €30–€60.

Beer, wine and spirits in Portugal

A beer in a restaurant in Portugal can cost as little as €1, which goes up to €4 for speciality brews. On the other hand, if you’d rather buy your booze at a supermarket, you can expect to spend as little as €0.65 for half a liter of domestic beer or up to €3 for something more special. A mid-range wine will set you back €2.50–€7.40 for a bottle.

It would be a shame to move to Portugal without sampling the local port. A tour of a port lodge in Villa Nova de Gaia (across the river from Porto) costs €12–€30, depending on the lodge and whether you want a ticket with a Fado show and dinner included.

Just like almost everything in Portugal, coffee prices are far cheaper than elsewhere in western Europe. A regular cappuccino in Lisbon costs, on average, €1.80, compared to €2.00 in Madrid, €3.50 in London, and €3.70 in Paris. The price goes down even further outside the capital: that cappuccino will cost you €1.60 in Porto or Braga.

Public transport in Portugal is also cheap, and all major cities have a good network of buses, underground trains, and in some places, trams. In Lisbon, you can buy tickets that cover most of the city’s transport network for a specified amount of time:

You can also buy a monthly pass from €30 (€20 if you’re 65 or over). Discounts are available for those on a low income and senior citizens.

Taxis in Lisbon have a flat rate of €3.25 and €0.50 per kilometer thereafter. For up-to-date prices, use an online taxi fare finder.

Taxes and social security in Portugal

Personal income tax is taken from your monthly salary. As a general rule, married couples are taxed separately, although you can choose to be taxed jointly. Self-employed tax returns should be filed online or by paper between 1 April and 31 May. Portugal’s tax brackets on earnings are:

You will likely pay a pensions contribution of 11% of your salary, while your employer contributes 23.75%. If you work in the public sector, you will pay a minimum pension contribution of 3%. Meanwhile, self-employed people pay 29.6%.

Portugal has several benefits available for residents who need help with the cost of living. These relate to:

As well as maternity and paternity support, child benefits are available for residents in Portugal. The amount you can claim depends on your income level, the age of your child, and how many children you have. There are additional amount available for children with disabilities.

Residents are also entitled to unemployment benefits providing they have worked for 360 days in the last 2 years in Portugal or a country with a social security agreement with Portugal. These benefits are usually worth 65% of your previous income.