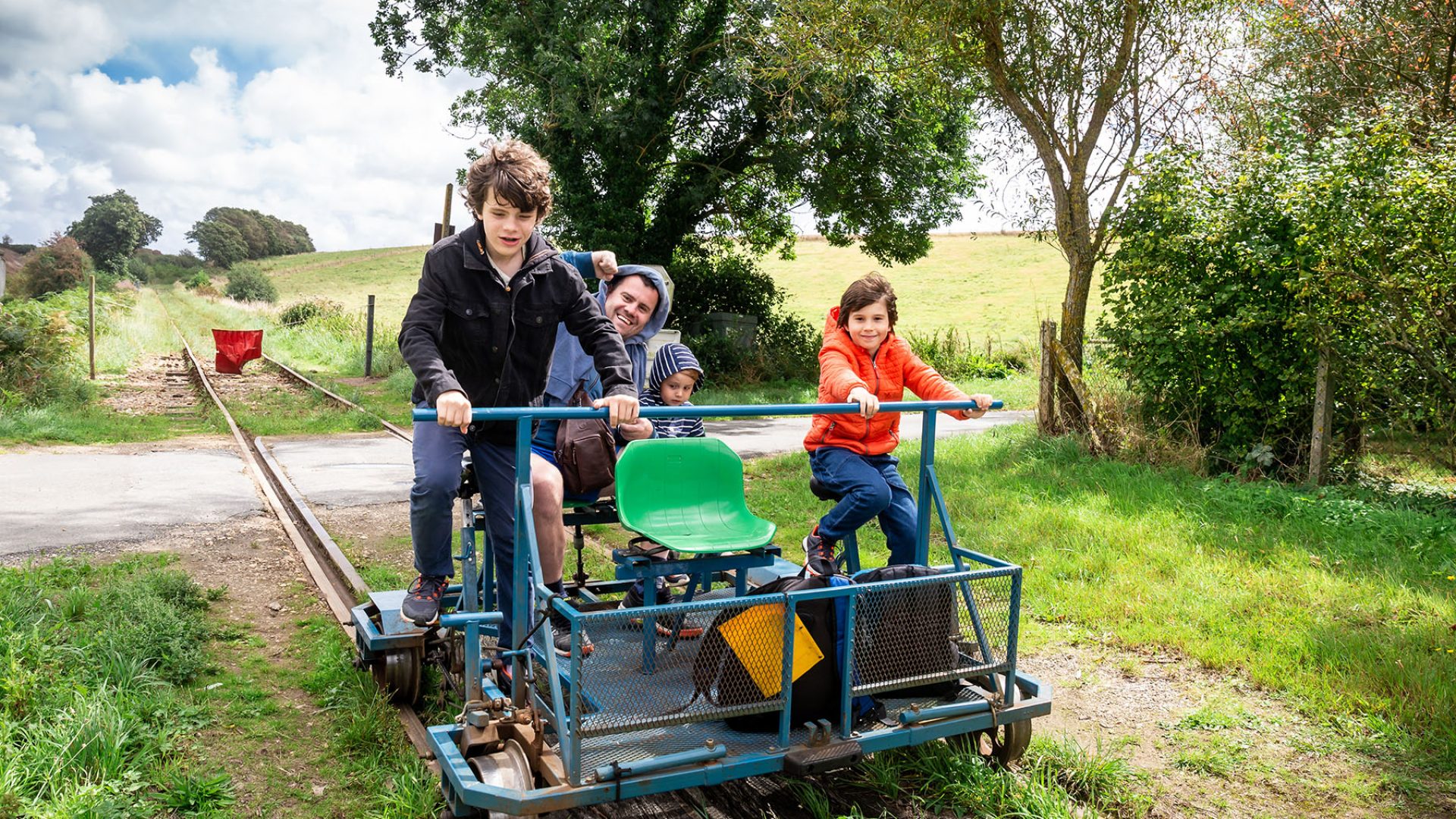 French parents avoid helicopter parenting, or hovering over their children. That’s because they remember to take time for themselves, too.

Helicopter parenting, where parents ‘hover’ over their children in an attempt to control their lives (social, academic, psychological, athletic, etc.), is the polar opposite of how the French parent. There is little desire to control a child’s life; on the contrary, the goal is rather to make them more self-sufficient early on by letting them experiment, experience failure and make age-appropriate decisions. Walk onto a playground anywhere in France and you are unlikely to see parents standing next to their children helping them with the monkey bars. It’s not a matter of indifference or negligence, instead French parents believe that real learning comes from trial and error.

French parenting makes time for their families throughout the week and weekends. During the week, evening meal times are at the heart of quality family time. The French sit down together for a home-made dinner (no matter how simple), put the screens away and focus on one another. Families spend a large part of their weekends together, whether playing sports, going for long walks, visiting museums or simply relaxing. Chauffeuring children to multiple activities, sporting events or non-stop playdates is not the norm.

Speaking of playgrounds, outdoor playtime and physical activity is extremely important in France. The school day is academically rigorous, and children are expected to behave properly and focus for long hours (usually 8:30am to 4:30pm even for the little ones). So when they go out to play, it is all about letting loose. During a typical school day there are up to three recess periods for children; two shorter ones and one long one. Not only is playing a physical activity, but the French believe it is a booster for the brain as well.

There is definitely a code of conduct and proper manners in French parenting that are taken seriously. Early on, children are taught to sit down at the table for the entire meal, greet adults properly (bisous on the cheeks), not interrupt others when they are speaking and to sit still when the occasion calls for it. You won’t see children running around at restaurants, they are sitting down (without screens) and participating in conversation.

You won’t find French parenting allowing children, including toddlers, to eat only plain pasta and chips. The French take their food seriously and this includes the food they serve to children. More often than not, from a young age, children are expected to eat the same food as adults. There is no custom of serving the children one meal, and adults a different one. They pretty much eat the same, only in smaller quantities. Once they are big enough to handle a glass, they drink out of adult glasses, use regular place settings and sit in regular chairs. Even relatively ‘adult’ foods like mushrooms, raw oysters, any type of shellfish, foie gras and all the other foods that make French cuisine famous, become part of the repertoire early on. And that includes exposure to France’s hundreds of varieties of cheese.

6. Make sure parents are considered just as important as children

Parents, especially mothers, do not tend to ‘lose themselves’ when they have children. They consider their priorities and well-being as important as the child’s. After all, if they aren’t taking care of themselves, what good are they to their kids? Careers continue – many new mothers get several months off for maternity leave, then go back to work – as daycare is plentiful and full-time public schooling begins at age three. Husbands and wives tend to carve out time for themselves, perhaps relying on grandparents to help out with babysitting duties. And French mothers don’t consider having children a barrier to dressing well, staying feminine and keeping their strong sense of self.

French children are not as highly scheduled as their North American counterparts. They do participate in sports and music programs, but there isn’t a desperate fear among French parents that their child will fail in life if they aren’t an athletic champion, president of the debate club and a top musician simultaneously. The French take a more relaxed approach to activities. If it interferes too much with family life, is it really worth it? If the child is too tired, what is the point? They have a long, rigorous school day as it is, why add on too much? French mothers will not sacrifice sanity and their well-being for their children, nor do they believe that more is better when it comes to extra activities. Moderation tends to rule in this instance.

8. Screens are to be used with restraint

In North America, I have walked into restaurants where a family of five is sitting at a table, each of them looking at their own screen – no conversation, eating while texting. This is something that has not yet made it across to France. The French understand screen time is the reality in today’s world but they are not slaves to it. They tend to avoid anything that completely shuts out family communication and certainly at the dinner table.

It is very common to see grandparents in France taking care of younger children. Extended family is important in France and an amazing help to couples with young children. Not only are they extra pairs of reliable hands, but grandparents help pass on family and regional traditions to their grandchildren, which is of great importance to the French. Grandparents are often the key to restoring balance to the parents’ lives once they have children. And with all the school holidays in France, grandparents represent a huge support of value added childcare to working couples.