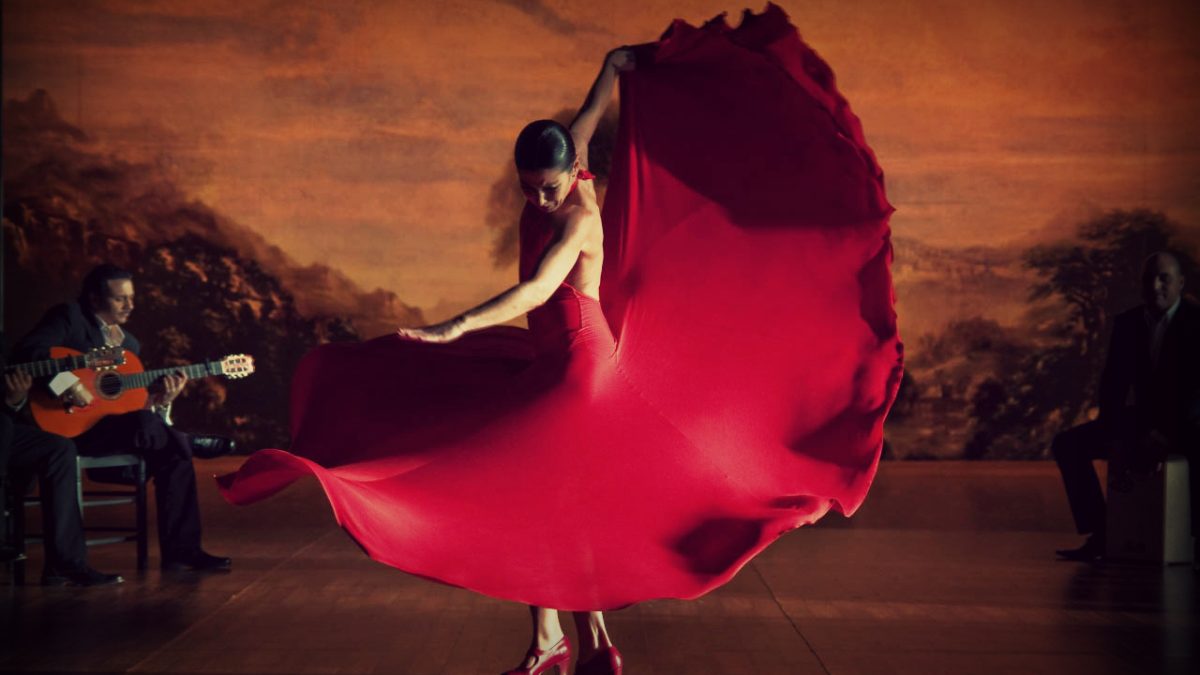 Home Moving to Spain About Spain 30 facts about Spain
Last update on May 18, 2020
Share

Think Spain is all sun, sand, and siestas? Think again, with our list of 30 facts you might not know about Spain.

How much do you know about Spain? If you’re moving to the country, it’s a good idea to learn a little more about your new home. To help you out, we’ve put together a list of our favorite Spanish facts you might not know – from nudity to magical mice…

Want to talk in Toledo? Or have a conversation in Cordoba? Get more from your Spanish adventure with the language-learning app, Babbel. Their range of professionally-made Spanish language courses will have you talking like a local in no time. Download Babbel today and start your Spanish journey!

Spain – or the Kingdom of Spain, to give the country it’s official title is the second-largest country in the European Union after France. It measures up at around 506,000 square kilometers if you include the Canary Islands and the Spanish territories along the North African coastline.

2. It was once a number of separate kingdoms

Like many other European countries, what we know as modern-day Spain was once a collection of individual kingdoms. That changed in the 15th century when Fernando of Aragon and Isabel of Castile married and united their respective kingdoms. And if you thought learning one new language was hard enough, most of these kingdoms had their own language!

3. It has the world’s second most widely-spoken language

There are an estimated 440 million native Spanish speakers around the world, second only to Mandarin. But while Spanish is the official language of Spain, the regional languages of Catalan, Basque (Euskara) and Galician (Galego) all have official status in their respective regions.

4. Nudity is legal in Spain

With its Mediterranean climate of hot, dry summers and mild, wet winters, you might be tempted to strip off while in Spain. With 3,000 hours of sunshine a year, there are also few better places to top up your tan. And any budding naturists out there will be pleased to know nudity is legal in Spain.

5. At 47 million, Spain has the fifth largest population in Europe

According to stats, Spain has the second-highest life expectancy of all the OECD countries at an impressive 83 years. Only the Japanese have a higher life expectancy. Figures show that Spanish women are outliving their male counterparts: 85 years compared to 79 years for men.

7. … which means an aging population

By 2050, the United Nations projects that Spain will have one of the oldest populations in the world. They estimate that in just thirty years, over 30% of the population will be aged 60 and above.

8. It’s not quite as religious as you think

Despite the importance of religion in Spanish culture, apparently only 13.6% of Spain’s population actually goes to church every Sunday. That said, some 70% of the locals still identify as Roman Catholic according to a 2012 study by the Center for Sociological Studies in Spain.

9. Spain is a constitutional monarchy

Following the death of right-wing dictator, General Franco, back in 1975, King Juan Carlos I returned to the throne. Once one of Europe’s most beloved monarchs, Juan Carlos fell from grace following a string of scandals, which saw him abdicate in favor of his son, Felipe VI, in 2014.

10. There aren’t many tax inspectors

11. Spain has the second-highest unemployment rate in Europe

Statistics from 2019 show that Spain had the second-highest unemployment rate in the EU, behind only Greece. However, the current rate of 13.8% is a significant improvement from the 24.2% unemployment rate Spain experienced back in 2015.

During the five years following the beginning of the Global Financial Crisis in 2008, female entrepreneurs set up 40% of all new businesses in Spain. This totaled some 800,000 businesses and was a significant boost to the economy.

Although many foreigners see paella as the Spanish national dish, many Spaniards don’t. That’s because most locals see the colorful rice dish as a Valencian dish, not a national one. Find out how to cook paella, amongst other Spanish delicacies, with our guide to the top 10 Spanish foods.

14. Childcare can be limited

As local parents know all too well, the amount of out-of-school-hours childcare in Spain is limited. That’s why about a quarter of all grandparents take care of their grandchildren on a daily basis, looking after them once the local schools let out.

15. It has below-average high school qualifications

According to official stats, around half of all adults up to the age of 64 have the equivalent of a high school diploma, well below the OECD average of almost 75%. However, younger generations are bucking the trend, with 65% of millennials gaining the qualification – and the number’s growing.

16. The Spanish love to chill out

It won’t come as much of a surprise that the Spanish enjoy taking things a little easier than other nationalities. In fact, according to an OECD report published back in 2013, the average Spaniard devotes 16 out of the 24 hours every day to leisure, including eating, drinking and sleeping.

17. The ‘first’ novel was written in Spanish

Back in 1605, Miguel de Cervantes wrote Don Quixote, widely considered to be the world’s first modern novel. The seminal book is seen as one of the most important pieces of Spanish literature ever written and is a founding work of Western literature.

18. There are plenty of UNESCO World Heritage Sites

19. A staple of Spanish culture

OK, so it might not be the first thing you think about when you picture Spain, but the humble stapler is a Spanish invention. It was created in the Basque Country back in the 18th century for the then French king, Louis XV. Spain has also given the world the mop and bucket, and the spacesuit.

You’d be forgiven for thinking Greece or Italy produced most of the world’s olive oil, but in actual fact, it’s Spain that leads the way. The Iberian country produces some 1.5 million tonnes of the stuff, the vast majority of which comes from the southern region of Andalusia.

Spain leads the way when it comes to renewable energy. In fact, it was the first country in the world to have wind as the greatest source of its electricity. Back in 2013, wind turbines generated just under 54,000-gigawatt-hours of electricity – a fifth of the nation’s usage.

22. Spain has an artistic streak

Over the centuries, Spain has produced some of the world’s greatest artists. From Diego Velázquez in the 17th century all the way through to Pablo Picasso and Salvador Dali in the 20th century, Spain definitely has a habit of giving the world great artists.

23. There’s no tooth fairy in Spain

But don’t worry – those teeth don’t get wasted! Instead of the famous tooth fairy, when Spanish kids lose a tooth they put it under their pillow for a magical mouse called Ratoncito Pérez. Just like the tooth fairy, little Pérez collects the tooth and leaves money or a small gift in its place.

24. Until 2013, the age of consent to have sex or marry in Spain was among the lowest in the world

Until 2013, the Spanish age of consent was 13 for sex and 14 for marriage. Spaniards now have to wait until they are 16 to do both, in line with other European countries such as the UK, the Netherlands, Norway and Belgium.

25. The Spanish are a tolerant society

The European Social Survey in 2010 found that 80% of respondents agreed that ‘gay men and lesbians should be able to free to live their own lives’, compared to less than 40% of Croatians, Lithuanians and Russians. Same-sex marriage has been legal in Spain since 2005.

26. You can enjoy a meal in the oldest restaurant in the world in Spain’s capital, Madrid

Although other restaurants claim they are older, the title has been awarded by Guinness World Records to Restaurante Botín, which has been open since 1725. The signature dish? Cochinillos asado (roast suckling pig).

27. Spain is one of the most popular tourist destinations in the world

Spain was the world’s third most popular tourist destination in 2016 – after France and the US, attracting a jaw-dropping 75.6 million visitors.

28. Spain is the country of fiestas, with hundreds of festivals taking place throughout the year

The oldest fiesta, Romería de Nuesra Señora de le Cabeza, has been held for over 800 years and the Fiesta de los Patios was even awarded UNESCO World heritage status in 2013. Be chased by bulls during the festival of San Fermin, throw overripe tomatoes during La Tomatina or watch while huge ninots (statues) are burnt during Las Fallas.

30. The Spanish national football team topped the FIFA World rankings for five consecutive years – from 2008 until 2013

La Roja (The Red One), La Furia Roja (The Red Fury), La Furia Española (The Spanish Fury), or La Furia (The Fury), as the national team is known, also holds the world record (28) for winning the most consecutive competitive matches. 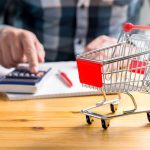 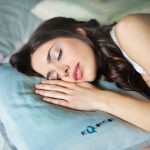 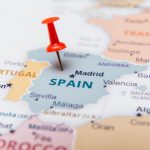