Looking for a job in Barcelona? Here are Expatica’s tips to help you find a range of available jobs in Barcelona, including jobs for English-speakers and expats.

Working in sunny Barcelona is an exciting prospect, although finding jobs in Barcelona, similar to elsewhere in Spain, has been more difficult since the economic crisis. Finding work in Barcelona is not impossible but it can require time and patience. Although, as Barcelona is one of the largest international cities in the world, finding a job in Barcelona as an expat can be easier than in other parts of Spain.

Unemployment figures are also improving and there is a variety of English-speaking jobs in Barcelona and jobs for expats, particularly highly skilled workers. In the last quarter of 2016, Spain’s unemployment hit a seven-year low, although still represented one of the highest levels of unemployment in the EU.

If you don’t speak Spanish, you may be limited to hotel jobs in Barcelona, or to bars and restaurants (waitressing, dishwashing, food delivery). If you have a good command of English, you can apply for a job in telesales, as an English teacher, or as an au pair. If have a good working knowledge of Spanish or Catalan, then the job opportunities in Barcelona will be significantly more diverse.

Below you’ll find several ways you can look for a job in Barcelona, plus information on:

While the overall unemployment rate in Spain is improving, the rate differs from region to region. Barcelona, being part of the autonomous region of Catalonia, has an unemployment rate of around 18%. As Spain recovers from its financial crisis, the good news is there are jobs to be found, especially for highly skilled workers, as well as some English-speaking jobs in Barcelona for expats.

Just like the rest of Spain, Catalonia’s unemployment rises when you look at youth unemployment. University graduates in particular are still having trouble finding steady and well-paying jobs in Barcelona. This doesn’t bode well for foreigners, who might find it is less likely for employers in Barcelona to hire a foreigner if they can hire a local.

The protective labour laws in Spain, which some say directly contributed to the country’s economic and unemployment crises, are still causing problems today. A lot of companies in Barcelona are reluctant to offer new employees permanent contracts, which has resulted in about 50% of labour contracts being temporary. Even for part-time jobs in Barcelona, this isn’t inspiring news, although there is also the option of self-employment in Spain.

Combined with lower salaries in Spain, however, high unemployment has also contributed to many experts and skilled workers looking for jobs elsewhere in the EU. This has opened up job opportunities in Barcelona for highly skilled workers coming from abroad.

Though, if you are looking for work in Barcelona, you will first need to consider your language skills. If you have some Spanish skills, you will have a significantly wider range of jobs to apply for. In Barcelona and the rest of Catalonia, Catalán is also spoken, so foreigners who have some Catalán skills along with Spanish will have a better chance of landing a top-paying job. If you have poor Spanish skills and zero Catalán, don’t worry. There are still many English-speaking jobs in Barcelona catering to the city’s extensive foreign community.

Who can work in Barcelona?

EU/EEA (European Economic Area) and Swiss citizens are allowed to work in Barcelona without requiring a Spanish work permit. People coming from any other country, however, typically need a Spanish visa and work permit, as well as an NIE (foreigner ID number). You also have to register with the Agencia Tributaria, the Spanish tax office.

To get a work visa for Barcelona, a company or employer must officially hire you first. They will then arrange to secure a work permit on your behalf through the Dirección Provincial de Trabajo, Seguridad Social y Asuntos Sociales. Once you have a work permit, then you can take the next step and apply for a Spanish work permit. Read more in our guide to Spanish work visas.

Jobs in Barcelona for expats

Around 15% of Barcelona’s population is foreign – and rising in recent years. Barcelona also accounts for the largest population in Catalonia (around 75% live in Barcelona alone).

While the agriculture and construction sectors are still recovering, there has been an employment increase in these sectors, as well as in services and industry. In general, the sectors that generate the most employment are industry and services. Barcelona’s industry sector is notable for chemicals, pharmaceuticals, car manufacturing and agri-food, while activities in the services sector relating to tourism, trade, logistics, new technologies and transport also show a tendency towards growth. Foreigners with expert or management skills in such areas can find a decent range of jobs in Barcelona, and may also have less trouble getting a permit approved when local workers can’t fill the position.

Some of the larger companies have jobs in IT, social media marketing or other computer and communication areas in English, so it pays to check which companies have non-Spanish audiences. There are also numerous international companies based in Barcelona.

As Barcelona is quite an international city, some expats also establish startup companies or become sole freelancers in Spain (autónomos). Native English freelance writers, editors and translators are in demand, although you will need a Spanish work permit and be registered to pay self-employment taxes in Spain. With enough good clients and experience, you can make a decent living considering the cost of living in Spain.

If your Spanish and Catalán skills are lacking, it doesn’t mean you won’t be able to find work in Barcelona. While it is not ideal, there are plenty of English-speaking jobs in Barcelona, which will be sufficient to start developing your language skills, your social network and insight into how Barcelona works in general – all things that can be used to find a better job.

An easy job for expats is to teach English. In Barcelona, there are many British English language teachers but not as many American ones, although sometimes employers have accent preferences. Getting an ‘English as a second language’ teaching certification (ESL) will boost your chances of being hired. You can also consider taking on private students, even in conjunction with a job at a language school.

If you have experience in childcare, you can considering working in Barcelona as a ‘canguro‘ (a nanny/au pair/babysitter), which can include a place to live but this depends on whoever hires you and their needs. Often you only need to work certain hours of the day, and if the children attend school you will have time to pursue other things, such as taking Spanish and Catalán language courses. You will find many parents looking specifically for canguros that are native English speakers.

There are also a number of jobs in Barcelona only for native English speakers, for example, English-speaking customer service representatives. It might involve working at a call centre, but it’s a start. The hours of many call centres allow for time to take language classes, as well.

In some cases, being a native English speaker can give you an advantage. Barcelona is hugely popular for tourists, so there is no shortage of bars, restaurants, hotels, hostels and other lodging looking for English speakers. Hotel jobs in Barcelona are popular among foreigners, and knowledge of other languages is a plus in the hospitality and tourism industries. Even if it is not the role you were hoping for, it can be a starting point until you build your network.

Where to find jobs in Barcelona

Your best opportunity to find jobs in Barcelona is online and through your contacts, but there are also local newspapers that advertise jobs, plus plenty of networking groups and temping agencies you can join. The government also provides information (in Spanish) on working conditions and tips for job-hunting, as well as a national job search tool.

For jobs in Barcelona for expats and English speakers, check Expatica’s job search which covers a range of industries.

Below is a list of some of the main online job websites, including some that specialise in jobs in Barcelona for English-speakers and expats.

Newspapers with jobs in Barcelona

If you can speak Spanish, you can look for jobs in the classified ads of the local newspaper, La Vanguardia, which is published every Sunday. La Vanguardia has a well-respected jobs section.

You can also check Metropolitan Barcelona, which is a free English-language magazine with a jobs section aimed towards expats. This is a good source to find English-speaking jobs or jobs for expats in Barcelona.

Although it may take more time and effort, building a network of contacts can lead to better jobs in Barcelona. You can look for expats and business groups on social media networks or local networking groups in your field of work. Find a list of groups and clubs in Barcelona. Some examples of expat groups include Barcelona expats, Meet Up and Guiripreneurs.

If you have qualifications, temping agencies in Barcelona may be able to help you find part-time or fulltime work. You will need to visit in person for a brief interview and fill out a form. You may be asked to do an aptitude test, and will need to bring a copy of your CV.

You can search the government’s online tool for all registered empresas de trabajo temporal (companies for temporary work, or ETT) or check the Yellow Pages to find a list of agencies located in Barcelona. Some agencies only speak Spanish but still have jobs for expats in Barcelona, while there are other agencies that specialise in English-speaking jobs in Barcelona.

Some temping agencies include:

If you are interested in a particular company, do not hesitate to contact them, either by phone, e-mail or in person. With your CV, good qualifications and positive attitude, you might have a chance to find a job in Barcelona this way too.

Applying for jobs in Barcelona

When applying to jobs in Spain, you should write both the CV and cover letter in the language of the job listing. Whether you write it in English or Spanish, the format should remain the same; read how to prepare a Spanish CV.

Though an interviewer may speak English, it is best to check first which language to speak in. Make sure to address your interviewer with the formal usted rather than tú, unless they say you may use tú. Try to show your friendly and personable side, but don’t get too comfortable with slang, joking and informal language. Lastly, do not ask about pay; it is not appropriate to ask in an interview. Read more in our guide to Spanish job applications and interview tips. 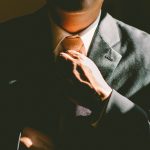 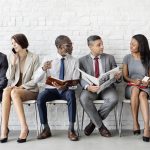 Guide to finding jobs in Spain 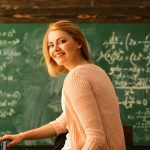