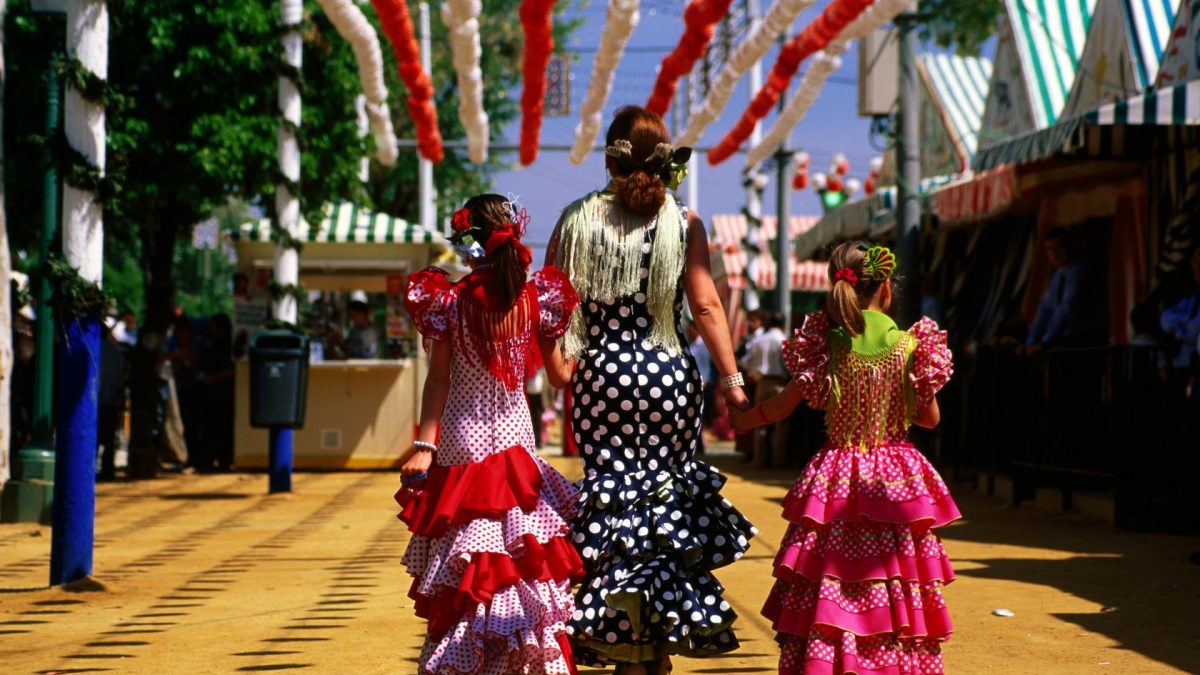 There is a lot of confusion among foreigners about what are the official languages of Spain. I know this personally because of the number of times I’ve had to explain it, and then re-explain it to my family when they visit me in Valencia.

For starters, there are not five official languages, only four. Somehow outsiders have been given the impression that Valencian is a distinct, official language from Catalan, and continue to reproduce this false impression in educational textbooks or blogs. It is not! Valencian is a dialect of Catalan, not a separate language! Don’t take my word for it, just check the CIA factbook.

I am in a strong position to argue this point. I live in Valencia, I married a Valencian-speaking Valencian, and I am currently enrolled in classes of ‘Valencià’. So let me say it once and for all, Valenciano is linguistically a dialect of Catalán. There is no debate among language experts about this.

I suspect the origin of confusion on this issue has to do with the ongoing political tension surrounding regional identity and language between the Comunidad Valenciana and Cataluña. The government of Valencia regularly posts the dialect of Valenciano in its official decrees as if it were a distinct language so as to distinguish itself from its northern neighbour. But one should not be naive. This representation of Valencian is political posturing. (It is kind of like renaming french fries ‘freedom fries’.) It reflects certain Valencians’ annoyance at being associated with their Catalan-speaking neighbours.

To make sense of this language debate, you need only remember one simple rule: shared language does not equal shared culture. For an in-depth explanation of the history of the languages of the Iberian peninsula, how they have evolved in dialogue with changes in the ruling powers, see here. A quick pass through the four official language— Castellano, Catalán (spoken by 17 percent of Spaniards), Gallego (7 percent), and Euskera (2 percent) – will suffice to show some of the lingual complexity and richness of Spain and how it reflects a cultural and political diversity, too.

Languages and cultures in Spain

Castellano (Castilian Spanish), a.k.a. Español, is the national language and, in case you had any doubt, is natively spoken by everyone in Spain. (Some Spaniards, however, as explained below, are bilingual and thus also speak other official languages). Castellano is a Romance-language, that is based on the Latin introduced by the Romans. Castellano originated in the northern part of the Castilla la Vieja region, at the foot of the Cantabrian mountains. As Castilian, centrist Spain conquered other regions of Spain (discussed in my entry on 1492 and ‘la Hispanidad‘), rulers required the conquered to speak Castellano or Spanish, though often locals continued to speak their own regional language.

Linguistically Castellano is technically the name of a dialect of Spanish, Español. Though in Spain by default everyone usually refers to Spanish as Castellano, and not Español. Or actually, Spaniards call Spanish Castellano when talking about Spanish within Spain, but tend to call it Español when talking about the language at a global level, or when referring to the language as spoken by non-Spaniard Spanish speakers. Spanish, after all, is the second most natively spoken language in the world, after Chinese (Mandarin). (It drops to third, behind English, in lists of total number of both native and secondary speakers, and to sixth place for number of only secondary language speakers. French, Russian, Portuguese, and Arabic apparently have more pull in secondary language markets.) So one can understandably be confused by this equivalence made in Spain between what is Castellano and Español, given that everywhere else in the world it is simply called Español.

To add to the confusion, there are dozens of regional dialects of Spanish within Spain: Murciano, Extremeño, Andaluz, Leonés, Aragonés, Canario… which, themselves being dialects, could be considered on par with Castellano, the dialect of the Madrid and Castilla La Mancha regions. Moreover, within these dialects one can encounter dozens of very distinct accents, dialects or sub-dialects. Just within Andalucía alone there must be hundreds of different accents. A person from Sevilla speaks with a very different accent than someone from Granada, even though both are in the region of Andalucía and natively only speak Spanish, a.k.a. Castellano. All this on top of the myriad of global regional dialects for el Español.

Have I lost you? Well, now I’m going to bring in Spain’s other languages.

Catalán is another Latin-influenced language spoken in ‘los países Catalanes’, which includes Catalunya, but also includes Valencia and the Balearic Islands. Today, politically and geographically, Valencia and the Balearic Islands are not part of Catalunya even though they share the language. Much like English is named for England, but spoken by non-English people (eg. Americans, Canadians, Australians…), Catalán comes from the medieval Catalan Principality, which only loosely corresponds with modern Catalunya, and which was part of the ‘Crown of Aragón‘ kingdom that once reigned over the Valencian, Catalunya, and Balearic Island regions (many, many centuries ago), not to mention regions of Italy and France. What’s more, Catalan is still spoken in parts of southern France and Sardegna in Italy.

But the Catalunya region of today is not a vestige of that empire. The modern political community emerged at the same time as and parallel to Valencia and the Balearic Islands. So, in fact, Catalunya has no political or cultural authority over Valencia even though they share a language. To draw an analogy, you could say that there are cultural attempts to build a ‘Catalanidad‘ (my word invention) that runs through all the Catalan-speaking communities, much like ‘Hispanidad‘ reaches across the Spanish-speaking world. But these attempts are frustrated by regional resentment (particularly in Valencia) at Catalunya’s self-fashioned claim to be the center of Catalan(-speaking) identity.

Gallego (Galician), also a Romance-family language, is the third most spoken official language and is used in Galicia. It is similar to Portuguese, reflecting Galicia’s geographical proximity to Portugal, but is considered a distinct language.

Euskera, a.k.a Vasco (Basque), the fourth official language, is not a Latin-based language but rather a wholly unique and indigenous language to the Basque Country. It is believed to be the language of the people in the region before the Roman conquest, who resisted Romans and the uptake of Latin, which occurred in the other regions of the Iberian peninsula. This singularity of Euskera arguably feeds the Basque separatist sentiment today, though it is important to bear in mind that many people born and growing up in the Basque Country, especially in cities like Bilbao, do not speak Euskera on a regular basis. (The same goes for Gallego and Gatalán in Galicia and Catalunya.)

There is a fifth distinct language, Aranés, a variant of Occitan spoken in Val d’Aran. But it is spoken by so few people that it is not counted among the official languages.

Spain’s Constitution takes a pluralist approach to defining ‘official language’, by calling Español the national official language and all other languages declared official by autonomous regions to also be officially recognised. Thus, Galicia recognizes Gallego, Cataluña and the Balearic Islands recognise Catalán, and the Basque country Euskera. I suppose one could thus legally interpret the Constitution to mean that technically Valenciano is a fifth language, because the Valencian government names it so, but to do so is to circumvent all linguistic reason and pander to Valencian reactionary politics.

If you have followed me so far, this is all you really need to know to understand the official languages of Spain, their relation to each other, and how they loosely graph onto geographical regions and cultural identities.

However, now I want to venture into the realm of speculation. It is my impression that, when people here use Castellano instead of Español to refer to the Spanish language, they do so in part because all of these languages – Catalán, Gallego, Español especially – in Spain are (in spirit, if not linguistically) Español. I’m playing a bit on the lingual confusion created here by how Español (the noun) is a language, but Español (the adjective) is a description, which incorporates (at minimum) a nationality and (more broadly) a shared geo-cultural identity which transcends regional languages.

Not everyone here would agree with my cultural assertion that Catalan, Valencian, Castilian are all Español. (Consider the opinions of separatists who would argue that the Basque Country or Cataluña are distinct cultures and therefore also languages from Spanish). There is a hugely important backstory to this fierce regionalism and linkage between language and political identity: under Franco’s dictatorship, all regional language (especially Catalan and Basque) were banned, and only Castellano was allowed. When the dictatorship ended, the regional languages, which had continued to be spoken at home and in private, flourished once again, as did much lingual resentment towards central Spain and ‘Castellanismo’.

But, again, I think the (unconscious) reasoning for why Spaniards refer to the Spanish language by its national dialect, Castellano, within Spain, while recognising that the actual linguistic language (as disseminated globally) is Español, comes from the view that all four languages are Español. Seen in this light, Valencians sometimes make a reverse move by calling their Catalán language by the local dialect, Calenciano. Yet other Catalán-speaking regions like Mallorca and Menorca speak Catalán dialects such as Mallorquí or Menorquí, and don’t claim them as a separate language. This says more about the identity politics and posturing of Valencia than about its linguistic distinctiveness.

Bottom line: Spain has four distinct languages, but many, many regional dialects, idioms, and cultures.

Another blogger, Mr. Grumpy at Tumbit, posted a brave series of entries on his thoughts about the  regional languages and dialects in Spain, Valenciano/Catalan, Galician, and Basque. I point you to them because 1) they provide a nice introduction to each language, but also because 2) they illustrate a common misconception among Anglophones: that bilingualism is somehow an unnatural state… and thus, by extension, speakers of Catalan and Basque inevitably must fail to learn Spanish as well as Castilian speakers would. This is, empirically, not the case.

Much of the world’s population is bilingual (consider, for example, India or China). Moreover, children are perfectly capable of learning more than one language at a time, bilingual kids simply do so differently than monolingual ones. There is also an undertone of crass lingual functionalism whenever tourists, immigrants, or expats complain about the advantage or practicality of a country focusing on just one language, as opposed to many. As I hope this entry illustrates, and perhaps also proven by the failed language endeavor of Esperanto, languages do not merely exist to unify humankind through logic, but embody histories of people that are heterogeneous, fluid, and even irrational…and can justifiably be deployed to keep people out of a culture a much as bring them in.

While I certainly at times share Mr. Grumpy’s frustration with how Catalan can alienate foreigners (though, to use American legal lingo, we are in fact ‘aliens’), I think it is time we Anglophone expats stop contributing to encouraging this monoligualist misconception of language learning and politics. 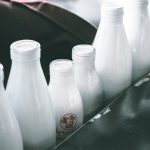 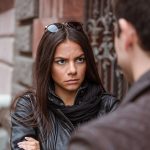