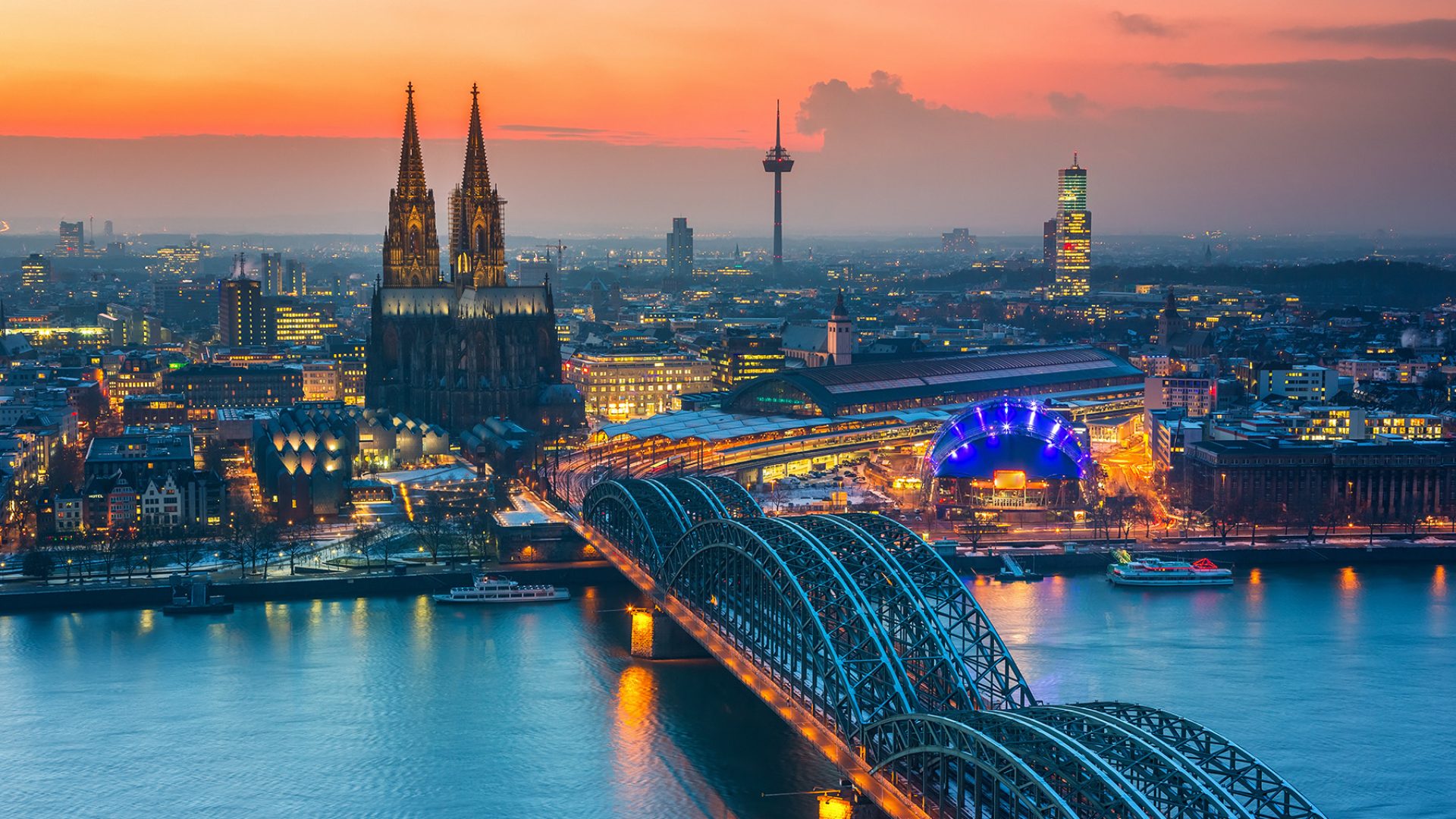 A guide to living in Cologne

Home Moving to Germany Where to Live A guide to living in Cologne
Last update on June 19, 2021
Written by Joe Niedermeier
Share

It’s easy to live in Cologne and work in Bonn, or even vice versa. Find out about living in Cologne with this essential city guide.

With the Rhine running through both Cologne and Bonn, there are plenty of picturesque places to settle into your life in Germany. From the quaint, bustling historical centres of Cologne and Bonn to outlying green suburbs, living in either city offers a range of lifestyle benefits.

‘A River Runs through It’ could be Cologne’s trademark claim. The city is cut cleanly into two halves by the Rhine River, with the ‘left Rhine side’, as locals call it, being Cologne’s centre of gravity. It is home to the densely populated downtown district as well as numerous residential neighbourhoods. Cologne is known as Germany’s capital for the television industry, as well as a cultural hotspot in the western part of Germany, famous for its museums, festivals and great nightlife.

‘Kölner’ (Cologners) are known for being open to new people, liberal towards different lifestyles and their relaxed attitude. ‘Cologners’ usually love their viertel (neighbourhood/quarter they live in) and after a while people know one another and call out greetings on the street. Although having more or less one million inhabitants, Cologne still keeps a small town feel which makes it easy to feel at home.

The right Rhine side, by contrast, has no centre to speak of and has traditionally lived a shadow existence, with ‘Cologners’ calling it the ‘Schäl Sick‘ (the ‘Wrong Side’). Although having vast green areas and the most beautiful panoramic view of the city, this way of thinking still sticks in the heads of some ‘Kölner’. But the districts on the right Rhine side such as Deutz, Mülheim and Kalk have changed a lot in the last years due to companies moving here, such as RTL (Germany’s biggest private TV channel), and large re-urbanisation programmes. U-Bahn connections are also decent, and commuting can be easier to some parts of the city.

Those who are new to the city are called ‘Imis’ in Cologne, meaning that no matter where you are from, you are not born in Cologne and therefore will be ‘imitating’ the locals. The Imis usually move to one of the neighbourhoods on the left city side that hug the downtown core in a semi-circle: Nippes, Ehrenfeld, Lindenthal, Sülz, Zollstock, Bayenthal, and Rodenkirchen. The city remains a popular destination, especially for bar-and restaurant-hopping singles, who tend to live in parts of the New Town (Neustadt), such as the Belgian Quarter (Belgisches Viertel) or Agnesviertel, and parts of the Old Town (Altstadt), such as Südstadt or Eigelsteinviertel. Those who are looking for a more exclusive area of the city move to Marienburg or Dünnwald.

Flocking to this now quieter but still prospering town are young professionals from the IT and communication industries. They tend to set up residence east of the river Rhine, in the suburbs of Beuel, Geislar, Vilich and Holzlar. The western side of town however, still holds most of its cultural and leisure attractions. Also located there are Bonn’s shopping and Old Town districts, and the still popular residential neighbourhoods of Südstadt and Poppelsdorf. To the south lies the suburb of Bad Godesberg, formerly prime real estate, which for some years now has been losing residents. Adjacent to the Federal Quarter (Bundesviertel), Bad Godesberg used to be the neighbourhood of choice for scores of German politicians, their families and foreign diplomats, before the capital moved to Berlin.

Where to find rentals

The most efficient way to house-hunt is to simultaneously check for ads in the local newspapers (Kölner Stadt-Anzeiger and Kölnische Rundschau) and through internet databases, such as www.immobilienscout24.de and www.immowelt.de. The local papers also offer their ads online on a joint website.

They don’t show pictures but you can narrow down your search by choosing all relevant details, such as the maximum rent you are willing to pay, number of rooms, balcony, garage, and so on. The ads cover apartments as well as houses in the entire state of North Rhine-Westphalia. For rentals, be sure to click on ‘Mieten‘.

The Cologne rental market is quite competitive. Often you have to pay an estate agent (normally 1–2 months of the net rent) to find something nice and affordable. For private ads also check out classifieds magazines like Der heiße Draht. For shared flats check the blackboards at the universities and monthly city magazines like Stadtrevue or Prinz.

In Bonn as well, a double-track approach works best. Check for rentals in the online or print versions of the local paper, the General-Anzeiger, as well as the commercial databases www.immobilienscout24.de, www.bonner-immobilien-boerse.de and www.immowelt.de, or the non-commercial website www.anonza.de.