Home Moving to the UK Where to Live The 10 best places to live in the UK
Last update on April 02, 2020
Share

If you’re planning a move to the UK, here are some of the best cities to live around the UK. Which top UK city is best for you?

Even in the busiest towns and top cities in the United Kingdom, you’re never too far away from the open countryside or coast – living in the UK gives you the best of both worlds. If you’re thinking of moving to the UK, you will have a hard time choosing from these diverse and vibrant cities located in England, Scotland and Wales.

An analysis conducted by PwC and Demos (2015) on the best UK cities to live showed soaring London house prices and rents, alongside a lifestyle of long working hours, meant the capital was one of the worst places to live – even taking into account they city’s strong financial sector and higher wages – ahead only of Wakefield and Middlesbrough. The top four ranked UK cities for high life quality were Reading and Bracknell, Oxford, Edinburgh and Cambridge (respectively), showing that considering alternate top UK cities offers alternative benefits.

Commuting is made possible with good UK public transport links and highways, so looking farther afield is an option when searching main UK cities or the best London suburbs. You can also read the top 10 places to live in London.

With good public transport links and tours between cities, it’s easy to travel around the UK or visit the best places in the British capital of London to see the UK’s best sites and neighbourhoods. Here’s the lowdown on some of the best places to live in the UK.

Scotland’s largest city, Glasgow, is famous for its culture, architecture, style and sport, and hosted the 2014 Commonwealth Games. The banks of the river Clyde are stuffed with art galleries, shops, restaurants and bars. Getting around is easy: use cheap taxis or Glasgow’s underground subway nicknamed The Clockwork Orange.

Getting out of the city is easy too: Loch Lomond and the Trossachs National Park are only 20 miles away. The West End, the area around Byres Road, is a hip area popular with professionals and students, while Kelvinside is the most upmarket district. Check the old industrial buildings right in the centre of the city, to see which ones are being converted into state-of-the-art apartments.

Birmingham, or ‘Brum’ as it’s called, is the UK’s second biggest city. Situated in the Midlands, this is where Britain’s industrial heritage – and one of the UK’s favourite curries, the ‘balti’ – originated. It’s a culturally diverse and thriving city with more canals than Venice, and not far from the Cannock Chase, Area of Outstanding Natural Beauty.

There are modern apartments alongside the canals. Harborne and Edgbaston are popular residential areas with good schools, shopping and transport links. Bourneville is a model village on the south side of Birmingham with ‘arts and crafts’ style houses that were originally built for workers at the Cadbury chocolate factory.

In a survey carried out by PwC and Demos (2015), Oxford was second on the list of main UK cities ranked for economic success and wellbeing (work-life balance), a survey which it has topped before.

It’s a beautiful city to the west of London, not far from Stratford-upon-Avon or the hi-tech companies of the Thames Valley. Crammed with the dreaming spires of the Oxford colleges, museums, bookshops, restaurants and shops, it also has the picturesque river Thames and the Oxford canal running through it, and the Cotswolds are just a stone’s throw away.

North Central Oxford is the most exclusive residential area with large (and expensive) Victorian and Edwardian houses, and in Jericho tiny terraced cottages. Summertown, farther north and to the east, is a highly sought-after area with a mix of houses and a great community feel.

North Central Oxford is the most exclusive residential area with large (and expensive) Victorian and Edwardian houses, and in Jericho tiny terraced cottages. Summertown, farther north and to the east, is a highly sought-after area with a mix of houses and a great community feel.

The Welsh capital Cardiff (in Welsh, Caerdydd) has a lot going on culturally, it’s a big media centre, it was the European City of Sport in 2014 – and the beautiful hills of the Brecon Beacons are just to the north. Roath is a lively area about half an hour’s walk from the centre, popular with students and young professionals as well as some the city’s most affluent residents living in large Victorian villas. To the east, gentrified Pontcanna is popular with media types. There are modern apartments, restaurants and water sports down on the waterfront.

They call Brighton ‘London by the sea’ and it’s easy to see why: it’s an incredibly vibrant, liberal city with a diverse population and a large LGBT community, packed with music, theatre, festivals, cool shops, cafes, bars and restaurants. It’s right on the south coast (complete with pebbly beach and a pier) and only about an hour by train from London.

Kemp Town is a bohemian area near the seafront, with stucco-fronted houses (many converted into flats), vintage stores, design shops and delis. Also central is Hanover, with rows of gentrified Victorian houses and nice pubs on its hilly streets. More suburban and further out is Hove Park, one of the most prestigious areas in Brighton and Hove.

The capital of Scotland, built on the remains of an extinct volcano and minutes from the coast, is a cosmopolitan and elegant city famous for its International Festival and the street entertainers of its Fringe Festival, as well as its many art galleries and museums.

Confusingly, New Town is actually a prestigious conservation area of Georgian houses (often converted into flats) from the 18th century in the very centre of Edinburgh. Murrayfield has expensive Victorian detached and semi-detached villas with large gardens. You’ll find two and three-bedroom Victorian and Georgian tenement flats in Stockbridge and Comely Bank.

In some ways Bristol is a mini London situated down in the West Country. It’s a vibrant, multi-cultural metropolis, with lots of grand Victorian architecture, plenty to do (whatever your interests), and not far from the surfing beaches of North Cornwall.

Clifton is the most exclusive area with pastel coloured Victorian houses and flat conversions in amongst the shops and restaurants. You’ll find Georgian homes in Kingsdown, another central area, and wharves converted to luxury flats, restaurants and nightclubs on the waterfront.

Kent isn’t a city, but an entire county comprising stunning villages. It’s very close to London so easily commutable, and, according to the Halifax Quality of Life Survey 2012, four of the best places to live in the UK.

Two of the villages – Tunbridge Wells and Sevenoaks – are a short train ride away from the centre of London (and via Ashford International close to the continent), have outstanding private and state schools, excellent shops, restaurants and other facilities, and are surrounded by rolling hills and lush countryside. It’s no wonder Kent is known as the ‘Garden of England’.

Manchester, famed for its football team and music, is known as the ‘Capital of the North’. It combines the fast pace of urban living – culture, restaurants, city buzz – with amazing countryside (the Peak District) right on its doorstep.

There’s high-rise living in the centre, including in the landmark skyscraper Beetham Tower, one of the tallest buildings in the UK. The area around Canal Street is Manchester’s famous gay village. Farther out are the affluent suburbs of Didsbury village and Chorlton.

As Samuel Johnson once said, “…when a man is tired of London, he is tired of life.” The UK capital is a melting pot that has it all: music, theatre, museums, sport facilities, great restaurants, cafes and masses of green spaces. It’s a city made up of smaller districts, each with its own distinctive character: from the grand stucco houses of Notting Hill, through the converted factories and loft spaces of the East End, to the leafy suburbs to the north and south of the city. For more information on where to live in London, see our guide to the top 10 places to live in London. 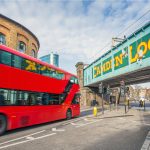 London neighborhoods: the 10 best places to live in London