Home Living in France Family Inspirations from a French family
Last update on January 07, 2020
Written by Azfar A Khan
Share

Azfar Khan from Pakistan recalls a particularly rewarding trip he made to France to visit an old friend at his family home.

I’ve been to France numerous times in my life but when I visited this great country in 1996, it had a lasting impression on my mind. This story pertains to a French family whom I had a chance to visit during my brief stay in that country.

After visiting this family, I started thinking that, though, France may have advanced a lot and created a place for itself in the comity of nations, yet still, there are people in that very country who are holding their values close to their heart, and these values are still deep-rooted in the society sufficient to inspire anyone who would come across these people.

When I was leaving for France, it was one of my agenda points to meet Asad who was my old class fellow and had now migrated from Pakistan and settled permanently in France. He had invited me to a dinner at his residence. Asad was a mechanical engineer by profession, working in Marcel Dassault, a military aircraft manufacturing company in France.

Having a scant idea about the distance involved I reached his house a bit earlier than the appointed time. Asad hadn’t returned as yet from his office. I was greeted at the door by Clara, his French wife who had studied in the University of Engineering and Technology, Lahore, Pakistan, for four years under a students exchange programme.

After entering the house, I observed that Clara’s parents were also staying with their daughter. I greeted them and enquired about their health. Both of them responded joyfully. Clara’s parents could converse in French only. They were very happy to meet me especially when they learned that I was from Pakistan and an old class fellow of Asad.

While I was sitting near them, I observed that both of them were eagerly looking towards the door and waiting impatiently for somebody’s arrival. Seeing my curiosity, Clara told me that they were waiting for Asad as this was the usual time of his arrival. Then, all of a sudden the bell rang and Asad was there. Clara rushed to the door and received him with a broad smile on her face.

On entering the house, he first went to his mother-in-law, kissed her and gave her some chocolates which he had especially brought for her. Then he turned towards his father-in-law and asked him whether he had taken the tablets which he had handed over to him in the morning. I cannot forget the affection with which he was treating his in-laws, just like his own parents; it was simply marvellous! Actually, it was a two-way affair. As I’ve already mentioned, in the time I was there in their house and Asad still hadn’t come, I cannot forget the anxiety on the wrinkled faces of both Clara’s parents, waiting impatiently for the arrival of their son-in-law! They were constantly looking towards the door. This type of environment I had rarely seen in any family. And when Asad was in the house, there was great commotion and the house was full of life.

As for religion, Asad was a practicing Muslim whereas Clara was a Christian. Both were following their own religions, never interfering in each other’s beliefs. But, they relished each other’s food. Asad had developed liking for a French dish poulet frites (chicken and fries) while Clara and her parents liked “Chicken Biryani,” a popular Pakistani rice and chicken dish. Asad used to prepare this dish himself, mostly on Sundays, when the whole family used to go for a picnic. During my brief stay in France I observed that the French are quite friendly and accommodative. Though there may be some cultural differences, the solution is that one should have some knowledge of their culture and also know some basic terms in the French language. Life then becomes quite easy and enjoyable in France!

This family of four was enjoying a happy and fulfilled life. As Asad used to pay proper respect to Clara’s parents and was always concerned about their welfare, Clara loved him from the core of her heart. The parents had found a benefactor in the form of Asad. Before marriage, Clara had informed Asad that her parents were living with her and that they would be staying with them on a permanent basis to which Asad replied that it was something quite normal in his own country.

This family hadn’t shunned its old values and was looking after its aging elders as best as it could. Inspirations from this French family unit can be an inspiration for all! 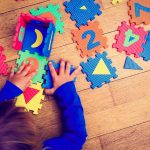