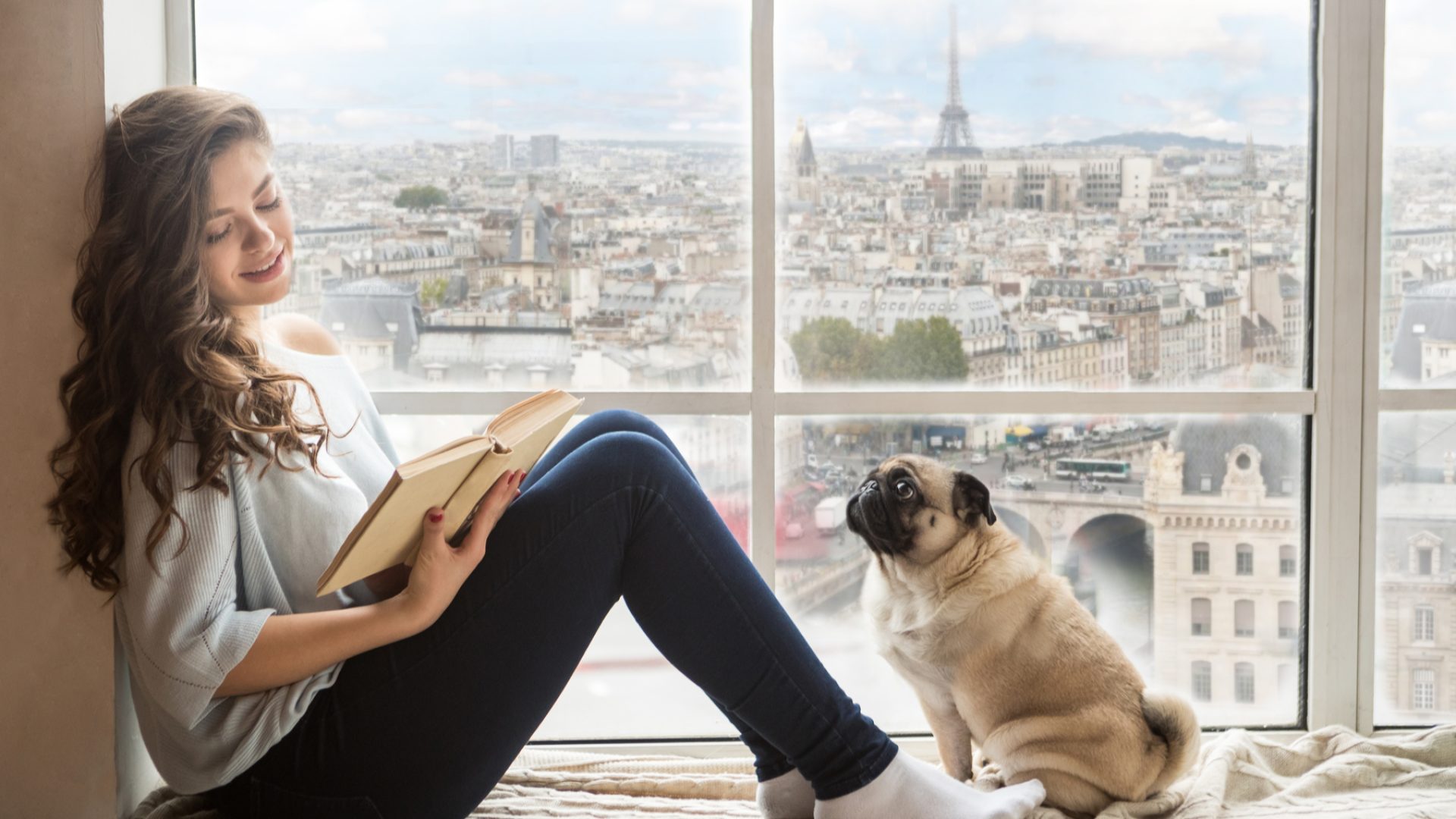 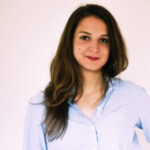 Find a new home with a view of the Eiffel Tower or Montmartre with our guide to renting in Paris. We tell you everything you need to know before starting to look for your new Parisian home base.

Living in the French capital of Paris is an exciting way to dive into the French lifestyle. Although the city is home to over two million people, many districts (called arrondissements) retain their traditional charms, including regular food markets, charming cafés, and independent bakeries.

As Paris popular among the French and expats alike, renting an apartment in Paris requires effort. Turn your home-hunting into an exciting adventure and find your perfect home thanks to this guide provided by Paris Attitude, an agency specialized in furnished rentals. Also read through our guide on where to live in Paris to discover the flair of each Paris arrondissement.

Paris Attitude has a team of advisors who will offer you a wide range of furnished and fully equipped apartments in Paris: studios, apartments with 2 bedrooms, luxurious lofts, townhouses.

Overview of renting in Paris

Property prices are expensive compared to European capitals like Berlin and Madrid, but lower than London and some US cities. If you’re planning to buy property in France, you’ll find that property prices across France have dipped since the 2008 financial crisis. Despite this, rents are still high in Paris. The average purchase price of a property is around €9,600 per square meter. Rents are typically around €20–33 per square meter per month. This would be around €1,200 month for a 40 square meter apartment. However, smaller apartments tend to cost more per square meter, as do luxury properties or apartments close to the center.

There is little new residential construction in Paris; as a result, there is great demand for properties in desirable areas.

As standard rental terms are relatively long, it can be hard to find an affordable short-term let, particularly if you want one that is furnished. Sub-lets and house-sitting can be more affordable, but harder to find. In many cases, second-hand furniture from the city’s many flea markets make furnishing a property cheaper than renting furnished.

While the landlord has a duty to maintain the flat, this doesn’t usually include furnishings. If a sofa falls apart or the fridge stops working, you’ll typically be expected to replace and pay for it yourself. This does not apply to holiday lets or apartments from agencies like Paris Attitude.

The easiest way to find a furnished apartment in Paris is through one of these:

Unfurnished properties typically have white goods (such as sinks, stove, fridge), flooring, and lights but can be completely empty (vide). Curtains and light shades may or may not be included, so check when you view the property. As for furnished properties, while a landlord will maintain the structure of the flat itself, they typically don’t replace any fittings, including appliances, that break during your tenancy.

The standard minimum lease is three years, and the notice period is three months. This means that although tenants have the right to give notice at any time, they can expect to continue to pay rent for at least three months even if they leave. Check the details of your contract to ensure you fully understand your obligations.

Paris has been ranked as the top city in the world for students by QS. It’s home to more than 600,000 students attending dozens of institutions. As well as joining the usual apartment hunt, students may be eligible for accommodation provided by the university or by the central student housing board, CROUS.

There is also a number of privately-operated long-stay hostels and boarding houses across the city that cater to students. These tend to offer individual bedrooms with limited shared kitchen and living areas. The best way to find one is through the university’s accommodation office or CROUS; these tend to be better in terms of price and quality. You can also search online at Adele.

Another solution is to look for apartment shares in Paris:

Renting in Paris: apartment or house?

The majority of properties in Paris are apartments. If you would like a detached house or a garden, consider living in a Paris suburb. Adverts should include the arrondissement (district) number, the living space in square meters, and the floor number. Anything over 100 square meters is considered large and under 40 square meters is a small apartment. However, you’ll see properties as small as 15 square meters. This will include hallways and cupboards, but should not include the balcony or other outdoor space. Ads usually list the number of rooms (pièces), including the living room and kitchen, rather than the number of bedrooms.

Many apartments are in beautiful 18th– or 19th-century buildings. The high ceilings and period features tend to come with a lack of modern facilities. Lifts tend to be small or non-existent, and buildings are typically six to eight stories high. Shared laundry facilities in the basement are common.

Modern apartment blocks tend to have smaller rooms but better amenities. Lifts are standard, balconies are common, and some buildings even have a pool or gym, even though that only applies for recently constructed buildings.

Find a rental in Paris

Paris is the largest city in France and is home to hundreds of estate agents and thousands of landlords. As a result, most renters start their search online. Renting directly from the landlord is typically cheaper but somewhat riskier than using an estate agent. Word of mouth still plays a key role in finding a new place to live for many people. As soon as you know you’re moving, tell everyone you know that you’re looking.

Be particularly cautious if you’re contacting a landlord or arranging a sublet online via a site where adverts are free and unmoderated, such as Craigslist. The rental market in Paris is very strong and foreigners are an easy target for scammers. Do not pay to view an apartment, hand over cash during the visit, or provide bank details before confirming the legitimacy of the ad.

The most popular online rental property portals in Paris are:

Cost of rental depending on the arrondissement

Paris has 20 arrondissements. The numbering system starts in the center, with #1 (written as le premier or 1er) being home to the Louvre. The districts spiral outwards, growing in size as they do. The 20e (20th) arrondissement is at the city’s eastern edge. The central districts (1er and 2e) and the 9e are mostly commercial and business areas.

The low numbers are typically more expensive, with the 8e being particularly chic, and the 7e popular with families. The larger, more residential arrondissements from the 12e to the 20e often have several neighborhoods, so the tone can change street by street. The 16e and 17e are home to international schools, and the 14e and 15e are quiet and peaceful in comparison to the bustling center.

Read more in our guide to where to live in Paris.

Living in the Paris suburbs

There are buses, metros, and trains networks connecting the different parts of Paris, and also linking the capital to its suburbs. Services tend to be frequent, busy, and affordable. Strikes and disruptions are relatively common, so it’s important to have a back-up plan if you rely on public transport to get to work. Cycling is growing more popular, while driving remains something of a nightmare.

The strong public transport network and the number of businesses in industrial parks outside the city make living in the suburbs appealing to many. If you’re looking for a garden or just a bit more space, check out our guide to where to live near Paris.

What to expect in a rental contract

Before signing your rental contract, you might be expected to provide several documents, such as passport, visa information, work contract or employer’s reference, payslips, tax return, declaration of references. Before you plan to view any properties, you should also consider opening a French bank account. It’s best to have a package of these documents ready when you visit, as apartments in Paris rent like hotcakes, and the first come usually are also first served.

You can also read the government’s full list of what a landlord can legally ask you to provide. Keep in mind that if the landlord is allowed to request many documents, he is also obliged to provide the tenant certain documents, such as the energy rating and risk and safety reports.

Before signing anything, read the contract carefully and pay attention to the duration of the lease, the deposit, what happens in case something is broken, the standard notice period. You will also need to purchase home insurance before your move-in date.

Before moving out of your French apartment, find out what you need to do, from informing authorities of your change of address to fix any damage, and stop the utility fees.

French law tends to favor the tenant, but there’s a significant amount of red tape to overcome. Expect to complete an application form for any property you visit, including plenty of personal information. Financial information, such as salary, savings, and tax history are standard, as well as place of birth, age, marital status, and the number of children. You can read more on the quirks in our guide to renting in France.

It’s important to note that the law treats unfurnished and furnished properties differently: the former have a standard contract period of three years (although the tenant can give notice at any time, three months in advance) while it’s just one year for the latter. Property lets of less than a year must be classed as holiday properties, and as a result will typically be very expensive.

Negotiating the rent is almost unheard of. There is such a high demand for properties in Paris that landlords have their pick of tenants. In addition, once tenants are in place it’s very difficult for a landlord to evict them, so they will be even more cautious. Newcomers, students, unemployed people and self-employed may be asked to provide a guarantor. Anyone who hasn’t previously lived in France may be asked to place the rent for the duration of the lease in an escrow account upfront, but this is not a legal requirement and negotiation may be possible on this point. Rent may increase during the tenancy, but only once per year.

Rent typically includes cold water and sewage rates, as well as the fee for the communal association that manages the apartment building’s public areas. It may include electricity and/or gas. It will usually not include telephone, internet or cable TV charges. In addition, there is an annual ‘residence tax’ which must be paid to the local council office (mairie). Check the terms of your lease carefully to be sure you understand the costs you are liable for. You can read more in our guide to connecting French utilities, and internet and TV in France.

The typical deposit in France is two months’ rent. This is not a legal set point, and may be more or less. There may be a key fee or application fee (typically under €100), as well as the rental agent’s fees (typically between €250 and one month’s rent).

After the move to Paris

After relocating to Paris and finding your new home, keep in mind that there are still some administrative procedures waiting for you.

Guide to renting in France 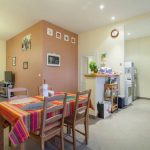 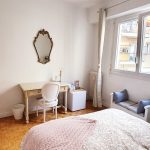 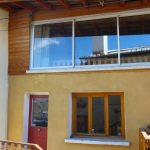 Welcome To Our Family 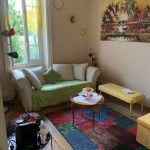