Who wouldn’t want to live on the French Riviera? Be tempted by year-round blue skies and sun, stunning scenery, wonderful cuisine, and matching lifestyle in the Côte d’Azur.

The Côte d’Azur or French Riviera stretches along the Mediterranean coast in the southeast of France. It runs between Menton on the Italian border in the east and Hyères in the west, and includes the Principality of Monaco.

It’s one of the top places to live in France with a high standard of living, low pollution, and great transport. It also has some of the most expensive real estate in the world.

An introduction to the Côte d’Azur

The city of Nice, with its international airport, is at the center of a host of seaside resorts in the Côte d’Azur, including Antibes, St Jean Cap Ferrat, Villefrance, Juan-les-Pins, St Tropez. Inland, there are picturesque old towns and villages like St Paul de Vence, Valbonne, and Eze; they’re rural, cheaper (relatively) but still close to beaches. France’s version of Silicon Valley, Sophia-Antipolis, is just to the north of Antibes. As a rough guide, what you’ll pay for an apartment on the coast will buy you an entire house inland. While you’ll never grab yourself a bargain here, the current situation has meant that the property market has slowed down.

Liz owns what she describes as a “totally miniscule” apartment, in what was once a 19th-century hotel a few miles inland in the town of Hyères, and the oldest resort on the Côte d’Azur. “I can just about see the sea!” Even though the whole area is expensive, she says it’s still possible to eat out cheaply. “You can still find great, inexpensive places even in the middle of some of the most exclusive areas,” she says. “We go to a small bar right on the harborside further down the coast on Cap Ferrat. It’s totally unpretentious, serving cheap and delicious moules frites.

“The area has an excellent climate with sun for five hours a day in January and 12 hours in July. “You can get quite a lot of mosquitoes, though.”

According to Liz, the best things about living in the Côte d’Azur include “the light – artists like Matisse and Picasso came here for a reason. It’s amazing, you can’t help but be uplifted by it.” The food: “The quality of what’s on offer in the shops and markets is outstanding”; and, she admits, “…the sheer glamour of it…driving in a soft top on the Grande Corniche, not being a tourist at the Cannes film festival…it still gives me a thrill.”

And the downsides of the Côte d’Azur, apart from the cost? “There’s probably more crime than in other areas in the south. Having local number plates means you’re less of a target to car thieves”; and the tourists: “during July and August, the beaches and roads are jam-packed. That’s when I usually take a holiday, catch up with friends elsewhere.” 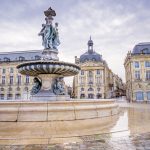 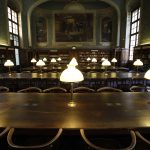