This guide to banking in Spain covers all the main topics for expats, including Spanish banking services and how to get a visa, debit or credit card in Spain.

Spain has a sizable English-speaking expat community and there are many banks in Spain that cater to the needs of foreigners, with processes for opening and managing an account easier than in many other European countries. This guide provided by HSBC looks at all the key points of banking in Spain, including:

Global banking giant HSBC prides itself in its top-notch, personal banking services. From checking accounts to big investments and even insurance packages, they are a comprehensive financial partner with international flair and English-language websites and apps that make them particularly appealing to expats.

The banking system in Spain

The Spanish banking system is fully integrated with the international financial market and there is a variety of banks to choose from, including private, state-owned, international, cooperative and mobile banks. The banking industry in Spain, which had expanded significantly early in the 21st century, has shrunk since the 2008 housing crisis, with many regional savings banks either closing or merging with other banks. According to current statistics, there are 141 banks in Spain (including around 80 foreign banks), plus 67 cooperative banks and 19 savings banks. These run services from over 27,000 branches across the country. The Spanish central banking authority is Banco de Espana, which also serves as the national regulator of banking in Spain.

Cash machines and ATMs in Spain

For major cards such as Visa, Mastercard and Maestro, you won’t have any trouble finding an ATM in the main Spanish towns and cities, although in rural areas they are more few and far between. Most machines also take Amex cards. For less commonly used cards, it’s best to check with your provider about availability before traveling to Spain. You can find your nearest machine using locators for Visa, Mastercard, Maestro, Amex, and Discover.

Withdrawal limits at many Spanish ATMs are usually around €300 a day. If you’re using a foreign debit, credit or cash card, you may have to pay withdrawal fees which can range from around 50 cents to around €3 per withdrawal.

Spain has a number of big national high street banks (bancos), including banks that operate in other countries. The bigger banks in expat-populated cities are likely to have English-speaking services tailored towards the needs of expats. The normal opening hours for banks in Spain is from 08:30-14:30.

The main Spanish banks are:

There are also many smaller regional banks (cajas) in Spain. These are mostly state-owned or cooperatives and operate mainly as savings banks. These banks don’t offer the same range of services as bancos and other types of bank in Spain and are less likely to have English-speaking services. Many of the smaller cajas have closed down or merged with larger organizations since the financial crisis of 2008.

Spanish residents can also choose to open an account with an online or mobile provider that gives them greater access to their account and access to services at a low cost. Available online banks in Spain include:

Services provided by banks in Spain vary across different providers, but the following can be found:

You can open up an account with most main banks in Spain either before you move or once you arrive in the country. To open an account before you move, you have to do so as a non-resident and set up a non-resident account. For this, you may need to provide a certificate of non-residency. Other documents required when opening up a bank account in Spain are proof of ID (e.g. passport), proof of address, plus your Spanish NIE number of you are a resident. Accounts are usually opened with 5 working days and bank cards sent out within two weeks. See the Expatica guide to opening a bank account in Spain for more information.

While other forms of payment are available and widely used, cash is still the most frequent type of payment used in Spain and some smaller businesses, especially in more rural areas, will still only take cash. Cash is predominantly used for small transactions below €10-15.

Cheques in Spain are still accepted by most businesses but they are seldom used and banks no longer issue cheque books as a standard payment method.

Debit cards are a popular form of payment in Spain, with around 85% of the population carrying at least one debit or credit card. Around 43% of online payments in Spain were made with a debit or credit card in 2018. The most common form of debit cards in Spain are Visa and Mastercard. Most stores accept them using chip and PIN technology. Contactless payments are growing in frequency, although there is a payment limit currently set at €20. You will usually receive a debit card when you open a Spanish bank account.

Credit cards are more popular than debit cards in Spain. According to the Banco de Espana, there were nearly 50 million credit cards in circulation in Spain in 2017, compared to nearly 26 million debit cards. Visa is the most popular type of credit card in Spain, followed by Mastercard and American Express. Most banks in Spain offer credit cards with their accounts. You need to apply for the card either when you open the account or any time afterwards. Alternatively, you can order cards directly from Visa or Mastercard but will need to link them to a current account. You will usually have a spending limit and will need to pay bills periodically (usually monthly or quarterly). Most banks will charge fees (e.g. an annual fee) for credit cards, although some do offer free cards when opening certain types of accounts.

Direct debits (domiciliación de recibos) and standing orders (domiciliación de pago) are commonly used in Spain for payment of bills such as utility payments and municipal taxes. These payments are similar, the difference being that a standing order is an instruction to your bank to pay a fixed amount to another account and a direct debit is a granting of permission to another company/party to take a regular (often varying) payment from your account. It is easy to set up direct debits or standing orders in Spain and it is usually free of charge. Under Spanish law, you have 30 days to cancel any direct debit issued to your account. This can be done by contacting your bank.

You can transfer money to overseas accounts from banks in Spain if you have the IBAN (international bank account number) and BIC (bank identificier code) numbers for the recipient, although this can result in fees from both banks. Countries within the EU/EFTA can make SEPA (Single Euro Payment Area) transfers between countries which are easier, faster and cheaper. SEPA transfers take around 1-2 working days, with international transfers outside the EU usually taking around 3-5 days.

For international money transfers, there are solutions that could prove cheaper and more convenient, such as:

Most current accounts in Spain incur annual fees that are usually around €15–20, although it’s worth shopping around as some banks offer deals as well as cheaper accounts for the likes of students or pensioners. Other banking costs vary between different providers so it’s worth checking upfront and asking for a list of fees before opening an account if it’s not already provided.

Debit cards can cost around €12–15 a year while credit cards vary from being free to over €30 a year plus APRC (annual percentage rate charge). Costs for loans and mortgages from Spanish banks will usually depend on the APRC plus there may be additional charges. International money transfers are usually in the range of €3-15 for amounts less than €50,000. Transferring larger amounts can be €30 or more. ATM use at the larger international banks is usually free although there may be a charge (usually less than €3) if you use foreign cards or withdraw foreign currency from a Spanish cash machine. Some Spanish banks, especially smaller local banks, may charge other customers to use their ATMs. Make sure you select the option to carry out the transaction in English if you’re not sure.

Expats in Spain may find that opening an international offshore account is the best way of managing their finances. Offshore accounts are located outside the holder’s country of residence and usually, offer distinct advantages such as a wider range of cross-border services and lower taxation on funds. You can read about offshore banking options in Spain in this guide here.

Payment security and fraud in Spain

Banking fraud is becoming more of a problem in the digital age. Because of this, banks in Spain are constantly improving their security features, with many mobile accounts now offering ID-recognition and card-blocking features. The most common online frauds in Spain in 2018 were invitations to suspicious websites and phishing emails.

You can help to protect yourself against fraud by:

If your bank or credit card is lost or stolen in Spain, you should:

Making a complaint about banks in Spain

If you’re unhappy with the service provided to you by your Spanish bank, you should first try to resolve it through the customer service or complaints department within your bank. If this is unsatisfactory, you can contact the Banco de Espana (national bank of Spain) which regulates banking in Spain. Information, contact details and online forms are available on the bank’s website.

Alternatives to using banks in Spain

Spain has many local credit unions and cooperative savings banks (cajas) providing financial services at low costs, but these are mostly catered towards the local population, particularly among rural communities. The EU banking website has details of cooperative banks and specialized credit institutions currently operating in Spain. 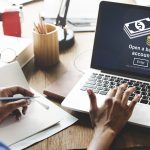