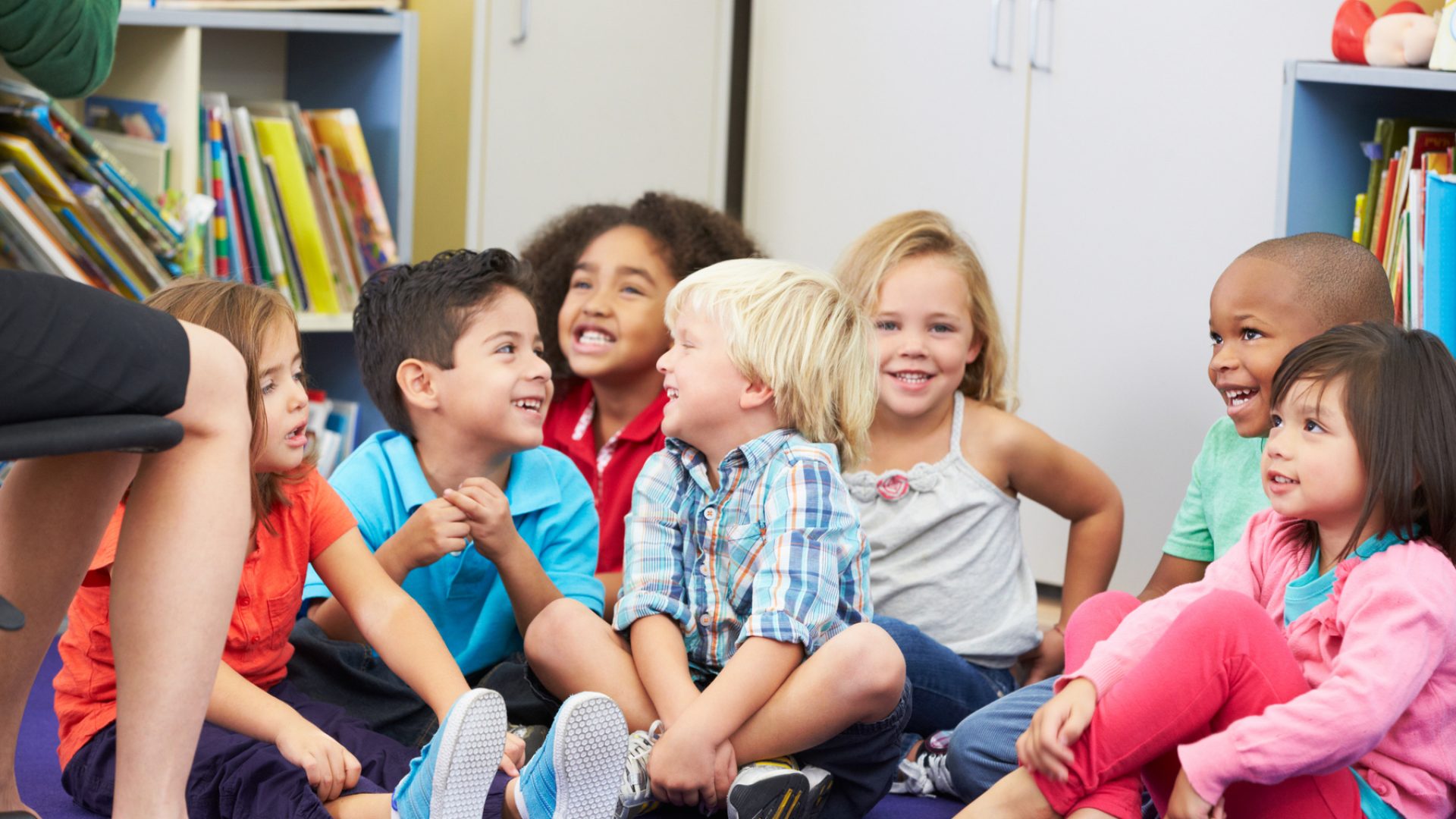 Learn all about primary schools in Switzerland, from the different curriculums to costs and enrollment process.

In Switzerland, primary school is compulsory, even for children who do not have legal residency. However, parents can decide whether they want their children to attend state, private, or international schools. Because Switzerland has a strong education system, any of these schools offer high-quality teaching.

However, to find the right school, parents also need to consider the languages they want their children to speak and the level of cultural immersion. To help you with this critical decision, this article will cover the following topics:

The primary education system in Switzerland

The education system is generally managed at a cantonal level in Switzerland. The State Secretariat for Education, Research, and Innovation (SERI) sets the framework while each canton independently manages its school calendar, curriculum, and criteria. Fortunately, the Swiss Conference of Cantonal Ministers of Education (EDK), who coordinates national education policy, listed all the education departments on their website. You can contact your local canton’s department with any specific questions.

As a result, the primary education system can seem complicated to a new resident. To start, primary schools have different names according to the cantons (regions). For instance, they are called Primarschule in German-speaking cantons or école primaire in French-speaking cantons. In the Italian-speaking regions, they might be scuola primaria, and, less commonly, scola primara in Romansh.

It is even more confusing to establish the compulsory school age and duration of primary school. Generally, children start around four or five in kindergarten. However, most German-speaking cantons only require one year of kindergarten or none at all. Additionally, in the Ticino canton, children can start at three in kindergarten, but this is voluntary.

After kindergarten, children start primary school. Typically, this is around six. Often, German-speaking cantons combine kindergarten with the first two years of primary school. This stage is called Grundstufe or Basisstufe. In practice, it means that children from four to eight can be in the same class. The French cantons follow a similar format and call this stage cycle primaire 1.

Even though Switzerland has an inclusive educational approach to support children with disabilities and learning difficulties, inclusivity varies among the cantons. We recommend you contact the school directly, before enrolling your child, to find out what SEN programs if any, they offer.

Almost 5% of school children in Switzerland have special educational needs (SEN). There are different types of special needs schooling on offer, such as:

Other support services include language and psychomotor therapy.

Switzerland has a 100% enrollment rate among students aged 6 to 14. As such, in 2020, there were nearly 966,000 students in compulsory education in Switzerland. But, this was split across kindergarten (19%), primary level (54%), and lower secondary (27%). On average, the class size is around 19 students, but this varies significantly between cantons. Moreover, approximately 95% of Swiss children attend public school. Find out more by reading the comprehensive Swiss Education Report (2018).

Notably, a child must have health and accident insurance to attend school. We’ve set up a dedicated quote page where you can find and compare the major health insurance providers in Switzerland.

As public schools in Switzerland are free, parents don’t have to pay any tuition fees. However, they may have to pay for certain materials, school trips, and after-school activities depending on the canton.

The curriculum in state primary schools in Switzerland

Primary schools follow a calendar set by their local canton. However, school holidays tend to be similar across the country. Schools are also closed on public holidays.

In general, state schools begin in mid-August or early September and continue to the end of May or early June. In addition, the year is often split into two twelve-week semesters, which are book-ended by a short winter holiday and a long summer vacation.

School weeks run from Monday to Friday. On Wednesdays, some state schools have half days or no school. On the other weekdays, they have up to two-hour lunch breaks. Hence, many students go home for lunch. However, this is now changing as more state schools are opting for full-day sessions that include lunchtime and after-school care.

In kindergartens and primary schools, students follow a diverse curriculum to prepare them for secondary education. Typically, students study two languages, the basics of mathematics and sciences, and humanities, such as geography and history.

As state primary schools teach in its canton’s language, children need at least a basic grasp of German, French, or Italian to attend. However, most schools do offer language-learning support for international students.

Discover the languages of Switzerland and where to learn them

At the primary level, students receive grade reports twice a year to assess their academic performance. In later primary grades, most cantons also use standardized tests to assess pupils’ performance and help them decide which secondary education track to follow.

Pros and cons of state schools in Switzerland

In Switzerland, state primary schools can be a good choice. That is because they are inexpensive, usually near your home, and offer exposure to the local languages and culture.

However, these schools may not offer as many activities, facilities, or opportunities as private schools. And, if you plan to move home or relocate, your child may struggle to integrate into a new education system every time.

Enrollment procedures for state primary schools in Switzerland depend on the canton. Typically, parents cannot choose a public school. Instead, the local education board assigns schools based on your home address and places available. To find out the exact application and registration process in your canton, contact the specific education department. We suggest you contact them when your child is three or if your child is older, as soon as you know where you will live in Switzerland.

That said, schools generally begin accepting students from six for primary school or four for kindergarten. Schools can admit pupils throughout the year, but they prefer to do it at the beginning of a term or at least with one month’s notice. Usually, if a child turns six before 31 July, they start at their local primary school in the following autumn. The teachers will then meet with the parents in the winter to assess whether the child has the required level of maturity and development to start their schooling.

If your child is older than six, schools may do a placement test to establish the most appropriate grade for them to start.

The documents you’ll need include:

There are many private schools in Switzerland. These are usually called Privateschule or écoles privées, depending on the canton.

However, these are not as popular as state schools at the primary level, except among expats. Indeed, only 5% of pupils attend independent schools. Tuition fees can range from CHF 15,000 to CHF 40,000 a year, depending on what the school offers.

Search our Directory for international primary schools in Switzerland

As in many other countries, Montessori schools are increasingly popular in Switzerland. They offer an individual, creative education that allows students to develop a sense of independence and curiosity about the world.

Some international schools providing primary education in Switzerland include:

Depending on the school, lessons might be in English, German, French, or another language. For example, at the Japanese School in Zurich, classes are taught in Japanese, German, and English.

Pros and cons of international schools in Switzerland

Learn how to choose a good international school

Each school’s application process is different. You can contact the school’s administration office to find out the procedure. Most schools have an online application form on their website. We recommend you visit a few schools to see if their curriculum, values, and atmosphere is a good fit for your child.

Although there are no deadlines, it is best to file your application as early as possible, as there are long waiting lists. The school will only let you know around April/May of the same school year that starts in September.

The documents you’ll require may include:

Some schools may also require a student to write a personal essay, and most will do placement tests. The application process for boarding schools will be similar.

Switzerland is home to some of the world’s best – and most expensive – boarding schools in Europe. It is a good idea to apply early, as the competition is fierce and the waiting lists long.

Find boarding schools in Switzerland in our Directory

Some of these schools also have day students and enroll children at the primary level. Here are a few of the best-known ones.

Each school has its unique teaching approach and may differ concerning class size, specializations, qualifications, and extracurriculars.

Typically, boarding schools in Switzerland are bilingual, with lessons taught in the regional language and French, German, English, or Italian. Moreover, most offer internationally recognized programs such as the International Baccalaureate (IB) or the Advanced Placement (AP).

Extramural activities differ between schools. For example, Saint-Charles offers diverse sporting and cultural clubs, such as equestrianism, choir, and theatre.

Pros and cons of boarding schools

The facilities at boarding schools are excellent. Students have access to a wealth of activities and educational opportunities. Class sizes are also small, ensuring more individual attention. Living away from home allows children to develop independence and self-discipline in their studies. As they spend more time with their peers, they learn essential social and conflict-resolution skills and form lifelong friendships.

Conversely, boarding schools may not be the best fit for every family. Some children, especially the younger ones, may get homesick being away from their families for extended periods. Likewise, not all parents may want to be separated from their children for such a long time. There is no clear distinction between leisure and school. If a child does not make friends easily, they can feel isolated. Additionally, if bullying is an issue, a child might feel trapped. Lastly, the tuition fees can be costly. 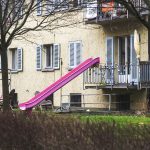