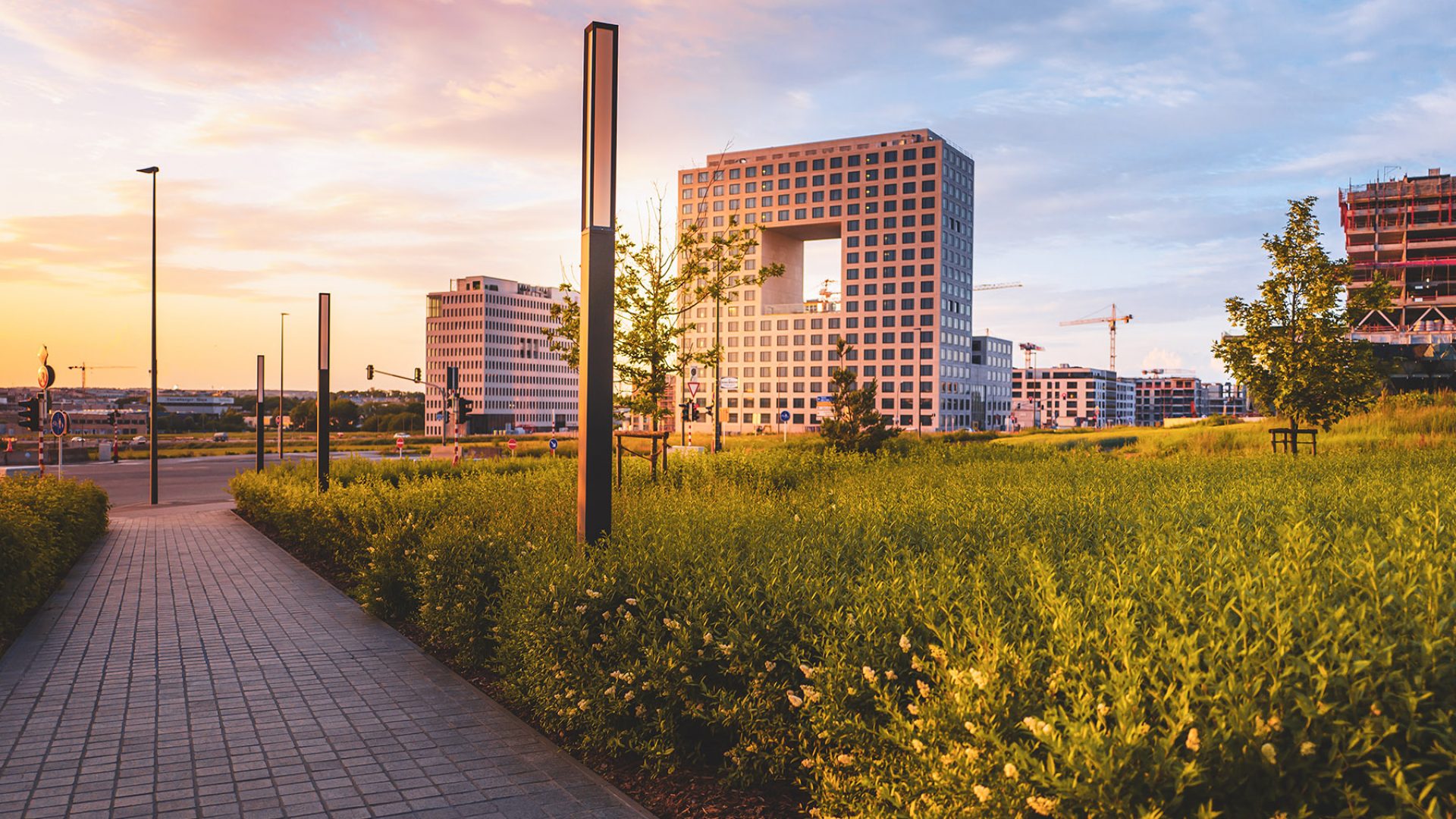 Guide to finding jobs in Luxembourg

Luxembourg can be an ideal location to find jobs abroad, particularly within the financial services and communications sectors which are popular and lucrative for skilled workers in Luxembourg.

Here is a guide to finding work in Luxembourg, including sections on topics such as:

The unemployment rate in Luxembourg has remained relatively stable in recent years, currently sitting at 6.6% in July 2020.

The workforce in Luxembourg is made up of nationals, cross-border commuters, and foreign workers. Luxembourg’s job market is multicultural and multilingual; in fact, working knowledge of one of the three official languages (Luxembourgish, French, or German) is essential for many jobs.

Financial services are at the heart of the economy in Luxembourg, with the transport and communications sectors also performing well. Luxembourg is a leading center in Europe for investment funds and private banking, with around 150 banks operating in Luxembourg.

The biggest employers in Luxembourg in 2019 were:

There are currently no major skills shortages in Luxembourg, but a number of sectors are continuously recruiting at various levels, including:

The minimum gross monthly salary in Luxembourg for a 40-hour week in January 2020 is:

The average gross salary in Luxembourg is €4,916 a month. Luxembourg uses a system of salary indexation, in other words, salaries should be adjusted by the amount that the consumer price index increases or decreases in Luxembourg.

Read more about wages and salaries in Luxembourg

The workplace is traditionally hierarchical and decision making is often rational and pragmatic. Punctuality and deadlines are serious business in Luxembourg, in both professional and social contexts.

Meetings tend to be brief and have the purpose of formalizing decision-making that has already been done. In addition to this, dress codes tend to be formal and conservative.

In general, a full-time working week in Luxembourg is 40 hours. The maximum number of hours you can work in a week is 48, plus there is also a daily limit of 10 hours’ work except in special cases.

Each employee in Luxembourg receives 10 public holidays a year, however you can work on these days in return for extra salary. Full-time employees must also receive a minimum of 25 days of paid leave each year.

How to find jobs in Luxembourg

If you’re moving to Luxembourg, you can find a range of English-speaking as well as multi-language jobs at Expatica jobs.

The National Employment Agency (Agence pour le développement de l’emploi, ADEM) helps people find jobs across the country. By registering as a job seeker, you can view and apply for vacancies on Portal de l’emploi. The Luxembourg government portal also has information about ADEM as well as employment advice on its website.

If you’re from the EU, EEA or Switzerland, you can look for a job in Luxembourg through EURES, the European Job Mobility Portal, which is maintained by the European Commission. As well as looking for work, you can upload your CV and get advice on working in Luxembourg.

You can find jobs in Luxembourg in national press adverts in the Saturday editions of papers such as Luxembourg Times and La Voix du Nord newspapers, or online at Luxweb Today.

Details of the main Luxembourg recruitment agencies can be found on the website of the Luxembourg Union of Temporary Employment Agencies (Union Luxembourgeoise des Entreprises de Travail Intérimaire) as well as in online Yellow Pages or Editus business directory.

If you’re aged between 18 and 30 years old, there are several opportunities to work as an au pair in Luxembourg. The easiest way to find au pair jobs is to register with an agency, for example AuPairWorld although there are many to choose from.

Speculative applications are an acceptable way in Luxembourg to contact large companies, particularly by young graduates. You should not hesitate to apply in this way even if there are no job vacancies, as it might get you listed in a database of potential candidates if the company has one.

Industry bodies for advice on speculative applications include:

Search the Expatica business directory for companies in Luxembourg

Networking can be a good way of advancing your career in Luxembourg. There are various networking events taking place in Luxembourg, and even specialist groups, such as The Network, which host events for expat women in Luxembourg at all stages of their career.

You can check out opportunities at the embassies and consulates in Luxembourg, although most will expect a high standard of language skills. You can typically find jobs at your embassy or consulate by looking on their post board or websites, for example:

Self-employment and freelancing in Luxembourg

If you’re eligible to work in Luxembourg, you can also consider starting your own business or working self-employed as a freelancer. However, you will need to apply for a business permit and will have to file separate business tax returns if you set up a limited company that exists as a separate legal entity.

Around 8.5% of the workforce in Luxembourg is self-employed. In fact, this is the lowest among EU countries.

Read more about starting your own business in Luxembourg

Traineeships, internships, and volunteering in Luxembourg

Within the EU, traineeships for university graduates are offered via the European Commission Traineeships Office (Bureau de Stages). Internships or summer placements are arranged by AIESEC (for students and recent graduates in the UK), IAESTE (for students in science, engineering, and applied arts), Europlacement, Go Abroad, and Graduateland.

Volunteers aged 17–30 years can find programs via the European Voluntary Service (EVS), where you work abroad for up to 12 months in exchange for board, food, insurance, as well as a small allowance. You can also check for volunteering opportunities with organizations such as Concordia and Anywork Anywhere.

Applying for a job in Luxembourg

Once you’ve found a suitable job, you’ll need to work on producing a good application to maximize your chances of landing the role. You will typically have to complete a short application form, send a CV, and also provide a cover letter or personal statement outlining your suitability for the role.

Unless otherwise stated, applications and covering letters should be in the language used in the advertisement. Letters sent with speculative applications should be written in French, or in English if applying to a large multinational.

Job interviews are usually quite formal in Luxembourg. Dress smartly and formally, act professionally, and research the company ahead of the interview to prepare some good questions to ask. Interviews usually last between 30–60 minutes and may involve tests or tasks, depending on the role.

If you do well enough to land the job, you will be contacted by phone, letter or email to be formally offered the role and given a start date. The company will contact your references. Usually, you have to provide 2–3 of these.

Find out more in our guide to writing a CV in Luxembourg.

Support while looking for a job in Luxembourg

There is a contribution-based social security system in Luxembourg, which means that you can claim unemployment allowance while looking for work as long as you’ve contributed through previous employment. You will need to have worked at least 16 hours a week. The amount you can claim depends on how long you’ve worked and how much you’ve paid in.

Under certain conditions, EU residents who move to Luxembourg can use contributions made in their home countries to put towards their unemployment benefit entitlements. You can find details on how to apply on the ADEM Portail de l’emploi website.

ADEM also has details of a range of training opportunities that jobseekers can take advantage of to improve their skills while looking for work in Luxembourg.

Our guide to social security in Luxembourg explains more

Requirements to work in Luxembourg

If you’re a European Union (EU) or European Free Trade Association (EFTA) citizen moving to Luxembourg, you have the right to freely work and reside in the country. In the majority of instances, your new employer will deal with legal formalities, such as tax administration and social security registration. You’ll also enjoy the same benefits as nationals concerning sickness and maternity leave.

If you’re from outside of the EU, you’ll need to apply for a residence permit before entering the country if you plan to stay longer than three months. You need to request a permit based on your individual circumstances, for example, work, self-employment, study, research, or joining a family member.

See our guides to immigration to Luxembourg and work visas in Luxembourg for full details.

Language requirements to work in Luxembourg

Due to Luxembourg’s location in the center of Europe and its three official languages, a command of several languages is important when applying to many jobs in Luxembourg.

Depending on the job, knowledge of French, English, German, and Luxembourgish will either be essential or at least appreciated. Dutch, Italian, Spanish, and Portuguese can also be a bonus.

To increase your chances of securing a job, it is advisable to be proficient in at least two languages, at least one of which should be an official language of the country (Luxembourgish, French, or German).

If you want to improve your language skills, there are also many language schools in Luxembourg.

Qualifications to work in Luxembourg

Luxembourg is part of the Bologna Process and is thus part of the European Higher Education Area, which means that higher education qualifications from other member countries are valid in there.

If you’re from a non-member country, you’ll need to contact the National Academic Recognition Information Center (NARIC) in Luxembourg to find out about getting your qualifications recognized.

Some professions in Luxembourg are regulated, in other words you have to have a minimum level of qualifications to practice them. You can find a list of regulated professions on the government website.

All residents and workers in Luxembourg receive a 13-digit national identification number which is used for Luxembourgish taxes and social security purposes.

Starting a job in Luxembourg

Job probation periods in Luxembourg must be a minimum of two weeks and a maximum of 12 months. In reality, however, they are usually between one and three months. During this time, the notice period for terminating your contract may be shorter.

Once you start your job in Luxembourg, your employer should enroll you for health insurance and social security. This covers you for public healthcare in Luxembourg, state Luxembourgish pensions, workplace insurance, and a range of other benefits.

Writing a CV for Luxembourg