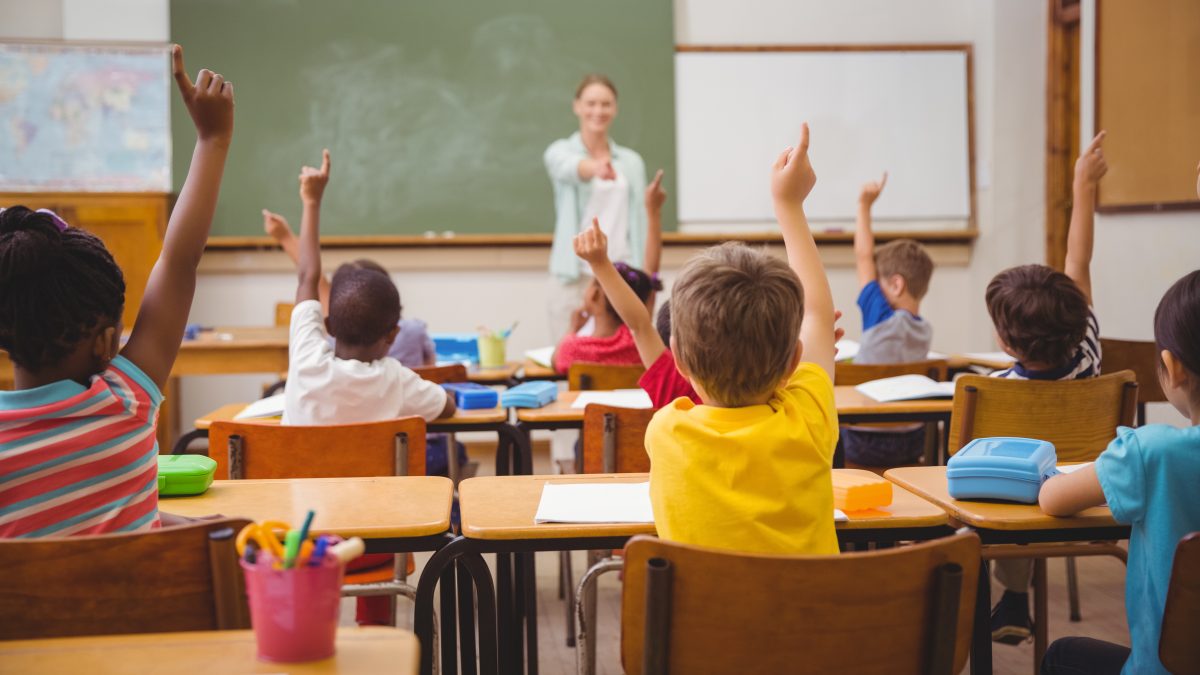 The Inter-Community School Zurich (ICS) is the longest-established international school in the Zurich area. A private, co-educational and inclusive day school, they provide a world-class international education to students aged 3 to 18. Their language of instruction is English and all students learn German, with many also studying a third language through to Grade 12.

Enroll at ICS in Zurich

While the Swiss federal government oversees education nationally, the 26 individual cantons effectively run their own state education systems. They each have their own education department, educational structure, school calendar, syllabus ­and they teach in different languages. This can make it hard to move a child from a school in one canton to another. There is, however, a nationwide initiative that aims to harmonise some aspects of Swiss education, for example, the ages and length of compulsory education, although not all cantons have agreed.

It is mandatory that all children resident in Switzerland (including foreigners) attend school, usually from around six years old to 15 years old, depending on the canton; in cantons that agree to nationwide harmonisation, education will also include two years of nursery starting at age four. To read about the way the Swiss education system is organised, see Expatica’s guide to education in Switzerland.

If you’ll be staying in Switzerland long term or have a younger child (primary age or younger) then sending your child to the local state school may be the best idea. Firstly, state education in Switzerland is excellent and free, and generally includes free public transport if your child can’t walk to school. Secondly, your child will pick up the language quickly (the younger the child is, the easier it will be) and integrate smoothly into Swiss culture, which can reduce isolation in their new home. Swiss education is multilingual, which can offer great cognitive and future career benefits to your children after the initial shock of immersion subsides. There is also usually language assistance on offer for foreign students, at least for the first year, to ease your child’s transition.

Some state schools can have a half-day or no school on Wednesdays, as well as long lunch breaks (two hours) where children can opt to go home or be enrolled in a lunch program. This may put pressure on working parents if the school does not offer lunch or after-school supervision, which differs from canton to canton. School reports and communication can also be in the regional language, so parents will need a basic knowledge of a second language.

Older children who have already started their education may find it harder to adjust to a new environment where they have to handle difficult lessons in a new language, although support is usually available in Swiss schools. Some children may have to repeat a year while their language skills are not at the same level as their academic ability. English is taught as a second or third language in most schools early on, so communication with peers is less of a concern. As Swiss secondary education splits into different paths, children also need to have an idea of their future direction early on.

Pros and cons of private international schools in Switzerland

The environment will most likely be multicultural, which can be a great opportunity to foster a global perspective – an international school in Geneva, for example, boasts 120 different nationalities. Obtaining an internationally recognised education also opens the possibilities for adolescents to study higher education abroad. However, there isn’t the same integration into Swiss culture which can cause children to feel like outsiders. There’s also often a high turnover of pupils in international schools as parents move on to other jobs or postings.

It can also be hard to get into some international schools as some schools have specific educational requirements and have long waiting lists. Facilities and extracurricular activities are of a higher standard than in state schools but school fees can be high and will often involve additional costs, such as school transport, supervision, and uniforms. However, school days are full, including lunch, which is not always the case in state schools. You can read more about international schools in Switzerland.

Most children and young people in Switzerland – around 95% – go to Swiss state schools. The standard of education is extremely high and education is (like Switzerland itself) multilingual. Lessons are taught in the language of the region (German, French, Italian or Romansch) with classes in a second official language and also English early on.

Children attend the school in their commune (local area) or catchment area – thus if you move to another area you have to go to another state school. This may influence where you choose to live, so check the reputation of schools in your desired areas first. Generally, visits to your allocated school are not scheduled until the enrolment procedure is complete. Contact with parents is less frequent in the Swiss education system than you may be used to back home.

Applying to go to a Swiss state school

Enrolment procedures and timings depend on the canton. As a rule, primary schools in Switzerland accept children aged six years old. The cantons specify a cut-off date each year and when a child has reached the specified age by that date – generally 31 July – the child can start primary school in that autumn, if they are considered ready for school.  At the end of the winter before a child is due to start school, teachers meet with parents to see if the is child ready – in terms of their maturity and development – to start school. The final decision is made by the head teacher or education authority.

In general, schools should accept admission at any time of the year, although it is preferable at the beginning of a new term or with one month in advance to arrange language support if your child needs.

Timings and procedures for admission to secondary schools vary from canton to canton, so check with the canton’s education department.

Whatever the procedures in your canton, to enrol in any Swiss school you’re sure to need certain documents, including your child’s birth certificate, proof of health and accidents insurance and a residence permit.

There are many private schools (Privatschulen/écoles privées) in Switzerland but as only about 5% of Swiss children and young people attend them, most have high numbers of foreign pupils. Private schools vary in what they offer in terms of curriculum and facilities but many are regarded as very prestigious, which will be reflected in the fees they charge; Switzerland is home to the world’s most expensive boarding school, Le Rosey, which has tuition fees set at around €100,000 a year.

For more information and lists of private schools in Switzerland, see the Swiss Federation of Private Schools which has 240 member schools.

As you would expect in a country with around 2.3 million foreigners (approx. 27.7% of the population in 2016) there is a large number of international, bilingual and foreign schools in Switzerland, especially in and around the large cities. You can visit schools and talk with teachers or other parents to get feedback on a school’s quality and reputation.

Some schools take pupils from nursery level up to university entrance. They may be day or boarding schools that offer a combination of both. Days are full days, including lunch, unlike some Swiss state schools.

International schools vary in size, ranging from a few hundred pupils on one site to more than 4,000 spread over several campuses – more like a small university in feel than a traditional school.

Lessons may be taught in English, German, French or depending on the school – for example, at the Japanese international school in Zurich, lessons are taught in Japanese alongside German and English lessons. Languages are often taught in international and bilingual schools using immersion programmes.

In bilingual schools, lessons are taught in an equal amount of two different languages, for example: German/English; German/French; Italian/German.

These vary according to school but apply as far in advance as possible as many schools have waiting lists. However, as students at international schools often leave throughout the school year (if their parents are relocated for example), many international schools accept applications all year around. It may also be possible to apply for future academic years. To gain admission, students are usually required to have reached a specific standard of education (if appropriate), and you will probably need to provide past school reports and exam results.

Fees vary from school to school but are generally high. As an example, 2018/19 basic annual tuition fees for the Zurich International School are CHF 36,200 (just under €31,400) for a pupil in years 9–12. This is tuition only – you can expect to pay extra for everything else, including exam fees. You might want to explore the possibility of an education allowance with your employer or bursaries/scholarships with the school.

It’s legal to home school your child in Switzerland in some cantons and not in others, so check the legal situation in your canton through their own education department. If it is allowed, you have to formally request to home school, register annually with the school board, work to approved study plans and be assessed regularly.

If you can, visit the school and meet the director (head). In addition to the criteria you would normally apply to your child’s school in your home country, you might want to find out:

For more information, check out the following resources:

STEM education for primary and secondary students in Switzerland