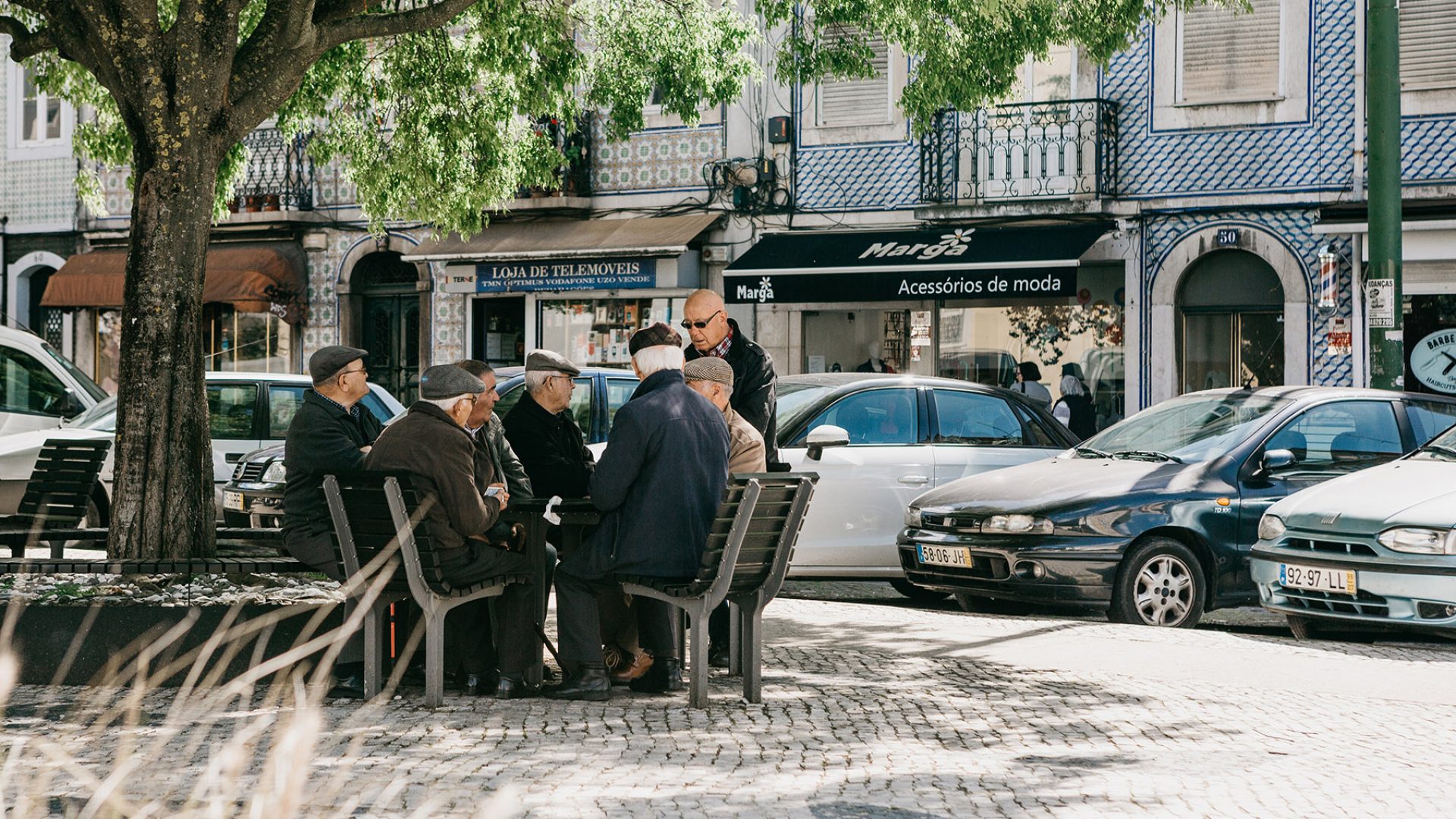 Home Finance Retirement How to retire in Portugal: your top questions answered
Last update on April 11, 2022 Find out how to retire to Portugal, including advice on residency and pension rules, healthcare, and the most popular areas for retirees.

Portugal is one of the most attractive places for expats to retire. The country boasts a pleasant climate, beautiful coastlines and reasonably priced property. If you are thinking of relocating to Portugal, there are some basics that you need to know first. Topics covered below include:

From the stunning beaches of the Algarve to the thriving cities of Lisbon and Porto, Portugal offers a range of lifestyles for expat retirees looking for a place in the sun.

Portugal ranked 4th in International Living’s Global Retirement Index for 2022. Reviewers were impressed by the country’s friendliness and sense of community. It received mixed ratings in the 2021 Natixis Global Retirement Index, however, finishing 26th out of 44 countries. Portugal achieved an above-average score of 75% for quality of healthcare but scored just 61% for material wellbeing.

Learn about the cost of living in Portugal

The OECD Better Life Index also brought mixed reviews. Portugal achieved above-average scores for housing and work/life balance. However, it has below-average scores for health status, subjective wellbeing, and jobs and earnings. Having said that, expat retirees will find much to love about this beautiful country. Lisbon placed 37 out of 231 cities on Mercer’s Quality of Living index for 2019. That’s a better ranking than Paris, London, and Madrid. Couple that with a comparatively low cost of living and it is easy to understand why so many expats retire in Portugal.

Who can retire in Portugal?

Retiring to Portugal is fairly straightforward if you’re from a European Union (EU) or European Free Trade Association (EFTA) nation. EU and EFTA nationals can apply for a residence permit from the Portuguese Immigration Service (Servico de Estrangeiros e Fronteiras – SEF). You will need to do so at a regional SEF office that covers your area. You can then enjoy many of the same benefits as locals.

If you plan to stay in Portugal for more than three months, you’ll need to request a registration certificate. After five years of living in the country, you can apply for permanent residence.

However, the process is a little more complicated if you are not from an EU/EFTA country. You’ll first need to apply for a residence permit at the Portuguese consulate in your home country before moving to Portugal.

To qualify for a permit, you’ll need:

However, do keep in mind that the exact rules vary depending on where you’re from, so check with your consulate. Non-EU citizens can get a temporary residence permit for five years, after which time you can apply for permanent residence.

Golden visas to retire in Portugal

Those who qualify for a golden visa will receive a waiver for entering the country and visa-free traveling within the Schengen area. You’ll initially receive a one-year residence permit, after which you can renew your visa every two years. After six years, you can apply for Portuguese citizenship.

Golden visas are primarily designed to attract foreign investors to Portugal, but they’re not as easy to obtain as they once were. To get a golden visa, you’ll need to do one of the following:

Discover the top tips for moving to Portugal

Occupational and private pensions are not as common in Portugal as in some of its neighboring countries. You will find that only a small percentage of companies in Portugal operate their own pension plans.

Transferring an international pension to Portugal

EU citizens can transfer pension contributions from their home country to Portugal, along with contributions from any other EU countries they have worked in. The EU has sample stories on a web page to show how authorities are likely going to calculate state pensions from several countries.

However, if you’re retiring to Portugal from a non-EU country, you should check the rules with the pension service in your home country. It is worth noting that Portugal has tax treaties (in Portuguese) with all EU countries, as well as many non-EU countries, to prevent double taxation.

Keep in mind, however, that Portuguese residents are taxed on their worldwide income. This means if you retire to Portugal, any private pensions paid from abroad could be subject to Portuguese taxes. In some cases, it may be possible to transfer private pension earnings without incurring charges via an offshore pension scheme. For example, if you are retiring to Portugal from the UK, this is possible through the Qualifying Recognized Overseas Pension Scheme (QROPS).

Another option is to apply for non-habitual residency (NHR) status in Portugal. This entitles foreigners to favorable tax arrangements for 10 years – more on this below.

Taxes on retired expats in Portugal

You are considered a tax resident if you live in Portugal for at least 183 days during a tax year or if you have permanent residence there on 31 December.

NHR status offers favorable tax conditions, including for earnings that would otherwise be subject to retirement tax. NHR status is available to anyone who has not been a tax resident in Portugal in the last five years, as long as they meet certain criteria.

Those with NHR status can benefit from lower taxes in Portugal for a period of 10 years. Foreign pension income and withdrawals were once tax-free under the scheme. However, as of 2020, foreign pensions are now taxed at 10% for those with NHR status. In addition, any income generated in Portugal from work in certain fields (artistic, technical, or scientific) will be taxed at a flat rate of 20%. This is much lower than regular income tax rates, which can be as high as 48% in 2022.

Best places for expats to retire in Portugal

Housing is a key concern for expats looking to retire abroad. If you’re planning to buy a property, the good news is that Portugal’s house prices remain relatively low when compared to other European countries. However, keep in mind that house prices are rising. Research by Idealista in September 2021 showed house prices increased by 8.4% year-on-year, to reach an average of €2,266 per square meter. Whether you want to live in the heart of a bustling city or enjoy laid-back life by the sea, here are some of the best places to live in Portugal as an expat.

Learn the ins and outs of buying property in Portugal

The Algarve region is very popular with English-speaking expats. Made up of 16 municipalities on the Portuguese southern coast, it boasts beautiful beaches and clifftops and offers a high quality of life. It’s also one of the more expensive places to buy a home in Portugal. Average house prices in the Algarve rose by 7.9% to €2,527 per square meter in the year to September 2021.

Lisbon has everything you could want from a thriving capital city, from busy shopping districts to diverse local communities and picturesque coastal spots. There’s a perfect Lisbon neighborhood for everyone, from the fashionable Príncipe Real to the historic old town of Alfama.

Do keep in mind that Lisbon’s popularity comes at a cost. The city is the most expensive place to buy a home in Portugal. Properties cost €3,252 per square meter in September 2021, increasing by over 10% in a year.

With a large expat community, the island of Madeira is one of the most popular places to retire to in Portugal.

The cost of living in Madeira is reasonable, though house prices are on the rise. The average cost of a home is €1,872 per square meter, as of September 2021. However, keep in mind this is after a sharp rise of 17% in the year to date.

Located just 30 minutes from Lisbon, Cascais is very popular with expat retirees and tourists alike. Upmarket suburbs such as Estoril and Quinta de Marinha are among the biggest draws along the Portuguese Riviera. In particular, the picturesque marina is home to pristine beachfront properties. This beauty comes at a price, however, as by September 2021 the average home cost €3,100 per square meter.

The city of Guimarães, in the Braga district, is one of Portugal’s most historic locations. In fact, its city center is a UNESCO World Heritage site. Located around 35 miles from Porto, the city is walkable and features a range of amenities. You can experience shops and cafes in the main plaza to palaces, castles, and stone houses in the Old Quarter. Between July and September 2021, house prices in the Braga district rose by 15.6 percent overall to €1,185 per square meter.

Porto, Portugal’s second-biggest city, offers a more peaceful pace of life than Lisbon. It’s a walkable city with great architecture and shopping options. It also boasts some of the best transport links in Portugal, with an extensive bus and tram network and a large international airport. House prices increased by 8.4% in the year to September 2021. The average price per square meter in the Porto Metropolitan Area rose to €1,364.

Services, organizations, and clubs for expats retired in Portugal

Joining a local club or expat group can be a great way of settling into life in Portugal. With areas such as the Algarve, Madeira, and Lisbon home to many English-speaking expats, you should find it easy to find like-minded people.

As a starting point, you can check out our directory of expat groups and clubs in Portugal. You can also explore local groups on Facebook or Meetup.

Wills and inheritance in Portugal

Portugal doesn’t impose an inheritance tax on property. Instead, stamp duty is payable by some beneficiaries, however, spouses and descendants are exempt.

Wills drawn up abroad are recognized in Portugal, and there’s no legal requirement to have a Portuguese will. Despite this, it’s worth considering writing one as a safeguard, especially if you’re got significant assets in Portugal.

Healthcare for retirees in Portugal

Get the best expat health insurance quotes for Portugal

Some EU citizens retiring to Portugal take out additional private health insurance. There are a variety of social and private voluntary health insurance schemes available in Portugal. Private plans can help you avoid the long waiting times often encountered in the state system. You may also be able to access additional services such as opticians and dentists.

Notably, expats retiring to Portugal from non-EU countries aren’t entitled to free healthcare until they become permanent residents. This means you may need to take out private health insurance for your first five years of residence.