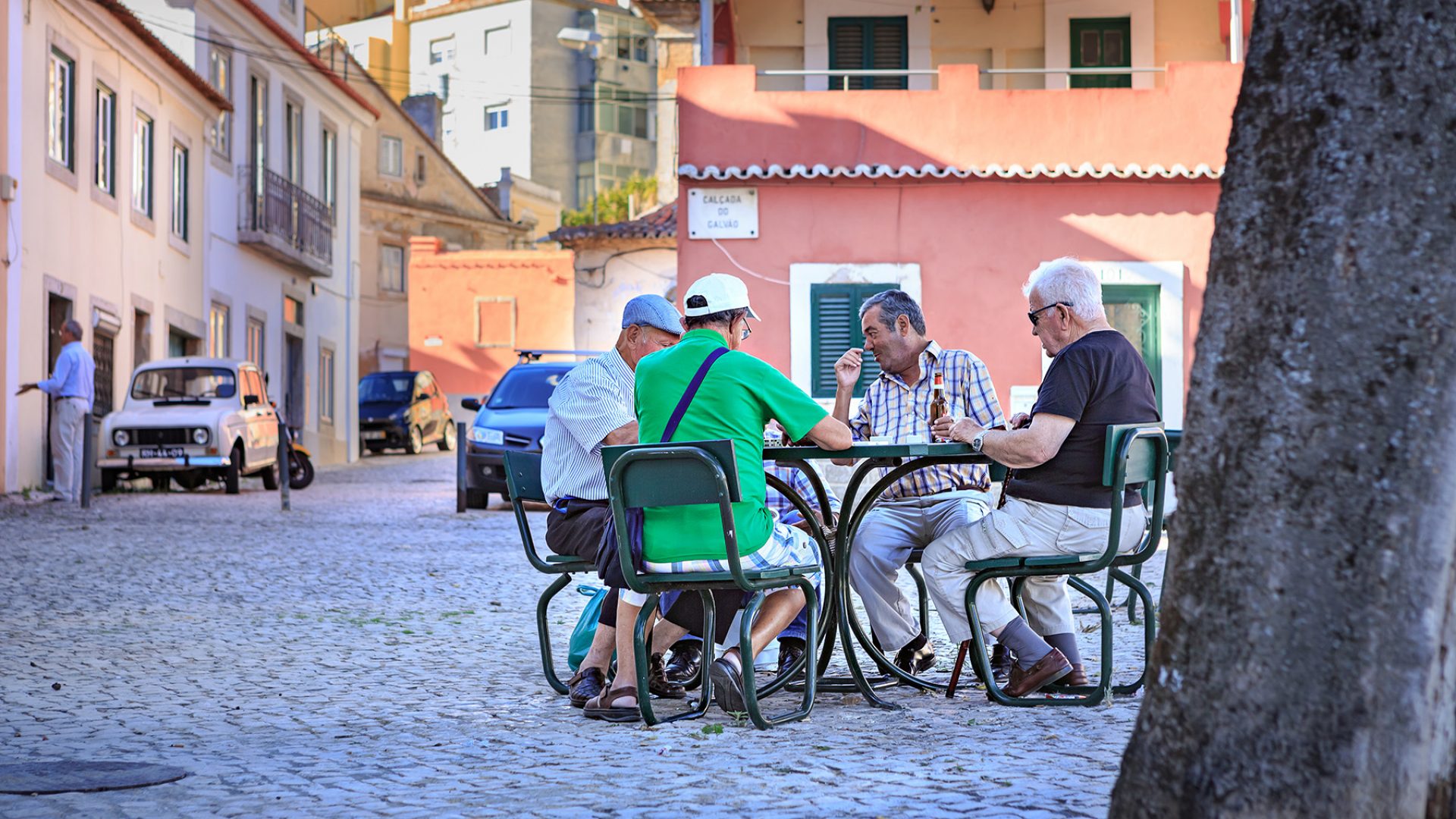 Home Finance Retirement Pensions in Portugal: how to get a Portuguese pension
Last update on April 11, 2022
Share

Find out about how pensions in Portugal work when you’re an expat. Learn more about the process for claiming a Portuguese pension and what kind of pensions are available in Portugal.

Portugal is a popular destination for many its great places to visit, Portuguese food, and festivals in Portugal. However, foreigners retiring to Portugal should first check whether the Portuguese pension system works for them.

Claiming a pension in Portugal is possible in theory for all working residents in the country, regardless of whether you’re Portuguese or not. However, certain conditions apply, and the amount pensioners receive varies.

If you’re not covered by the Portuguese pension system, it may be possible to access or transfer an international pension to Portugal. This is possible through an offshore pension scheme, for example.

This guide to pensions in Portugal includes:

The Portuguese pension system is one of the most generous in the world. The OECD’s 2017 Pensions at a Glance report identified the country’s average 95% pension contribution to be the fifth-highest out of its 35 member countries.

The Portuguese pension system consists of a state pension scheme that’s provided by the government, alongside much smaller voluntary occupational and private pension options.

Who is eligible for pensions in Portugal?

To plan for a slowly aging population and increasing life expectancy, the Portuguese government plans to continue adjusting the retirement age in line with life expectancy statistics. The pension age is due to reach 67 in 2029.

It is possible to retire early in Portugal from the age of 55 if you’ve made at least 30 years of contributions. However, payments lessen for every extra year you receive payments.

It’s also possible to defer your pension in Portugal until you reach 70. For each year you defer, your pension payments increase.

People in certain circumstances are able to retire early without having reduced payments, such as:

Under the Portuguese pension system, long-term unemployed workers can only apply for early retirement at the end of their unemployment benefit. Those who don’t receive this allowance and have been unemployed for more than one year don’t typically have the right to early retirement.

However, those who access their pension before they turn 62 are subject to penalties, typically in the form of lower pension payments (link in Portuguese).

Read more about the implications of retiring in Portugal.

Who can claim a state pension in Portugal?

To qualify for a contributions-based old-age pension in Portugal (link in Portuguese), you must have worked and paid social security in Portugal for at least 15 calendar years. These don’t have to be consecutive, however.

Foreigners have an equal right to claim a pension in Portugal. However, they need to have made the necessary contributions for at least 15 years.

It’s the employer’s responsibility to register workers and ensure that their pension contributions are sufficient. You’ll need to apply for a Social Security Identification Number (Número de Identificação da Segurança Social) and make sure you give this to your employers. You’ll need this number when you claim your Portuguese pension or if you want to claim any other social security benefits.

If you’re self-employed, you’ll need to sort your social security number and contributions for yourself.

Pensions in Portugal for expats

If you’re planning to retire in Portugal as an expat, check if any treaties are in place with your home country. These could affect what taxes you need to pay and where. Your home country may also have restrictions for transferring a pension abroad or rules regarding any inheritance.

Portugal taxes residents on their worldwide income. As a result, a private pension from a foreign country may also be liable to Portuguese taxes. It may be possible to transfer private pension earnings without incurring charges via an offshore pension scheme.

Expats moving abroad from the UK may be able to transfer their pensions into a Qualified Recognized Overseas Pension Scheme (QROPS). QROPS allows expats to consolidate their pensions into one plan. This helps manage retirement funds more easily while avoiding currency fluctuations.

There are many advantages to QROPS. However, they’re not suitable or available to all British pensioners. Consider taking advice from an expert financial adviser such as AES.

In a bid to attract foreign pensioners, the Portuguese government offers the option for foreigners to apply to live in Portugal as a non-habitual resident (NHR). This is Portugal’s tax-free pension scheme, which allows foreigners to take pension income under favorable tax arrangements.

First introduced in 2009, the scheme has proved popular, with a report in February 2019 claiming that 9,589 pensioners benefit from it.

Those granted NHR status receive a tax exemption on all forms of taxable income they receive from abroad. This includes pensions and lump-sum withdrawals for up to 10 years.

By claiming a tax-free pension in Portugal, some foreigners can manage considerable tax savings, particularly if they benefit from a double-taxation scheme. Consult an expert to ensure there are no negative implications.

If you moved to Portugal from another EU country, your collective social security contributions can count towards qualifying for a pension in Portugal.

For EU citizens and long-term residents, every member country where you worked and made contributions for at least one year can count towards qualifying for an old-age pension in each country. Typically, this is at a pro-rata rate for only the years you worked.

You start receiving these pension payments once you reach the legal retirement age in each country, so the amount you receive may vary if these retirement ages are staggered. You need to make an application for a Portuguese pension with the CNP through the Seguranca Social (Social Security).

More information is available in our guide to retiring in Portugal.

Earnings replacement payments under the Portuguese state pension are relatively high, at approximately 69% of earned income. However, average earnings in Portugal are fairly low in comparison to other EU countries; they reportedly sit at €17,521 a year.

Portuguese pension funds pay out monthly with additional payments in July and December. This means that pensioners receive 14 pension payments per year.

In addition to the Portuguese state pension, private pensions are also available in Portugal. There are voluntary occupational plans through your employer, as well as the option for personal savings.

Occupational pension plans are fairly uncommon and cover only 3.7% of the Portuguese workforce. Only 1% of companies in Portugal operate their own pension plan.

Most company pensions use a pension fund arrangement. Alternatively, some smaller companies use an insurance-based scheme.

Pension fund societies manage the pension funds in Portugal. They are either closed funds (limited to a single employer or a small number of employers, usually linked to a trade union agreement) or open funds (where external pension plans invest funds).

The Portuguese government regulates pension fund investments. A maximum equity exposure of 55% and a maximum 60% investment in bonds applies.

If contributions are taxed, only the interest earned on the original contribution is taxed as pension income.

Some small- and medium-sized companies use direct insurance schemes rather than pension funds. These are either endowment funds or group annuity contracts. The tax treatment is the same as for pension funds.

Portugal also has social old-age pension funds. These pension funds are means-tested. This is a pension for those with minimum resources who have no coverage under any contributory scheme.

The social old-age pension in Portugal pays out at a flat-rate of €210.32 per month. There is also a supplement of €18.31 for those aged up to 70, and €36.60 for those older than 70 years. Long-term care supplements are also available, if necessary.

Other pensions in Portugal

A survivor’s pension in Portugal is paid out to a spouse or children under 18 years (or under 27 years if studying, or no limit if disabled) if the deceased was receiving or entitled to receive a contributory-based, old-age, or disability Portuguese pension.

Social security considers a number of relationships for this fund, such as:

The survivor’s pension in Portugal amounts to 60% of the deceased’s pension. It amounts to 70% if there is a divorced spouse who is also eligible. In 2019, the widow’s pension is €126.19 per month.

The orphan’s pension in Portugal is 20% for one child, 30% for two children, or 40% for three or more surviving children. Additional benefits may be available for surviving parents or grandparents.

The total amount of benefits paid out cannot exceed 100% of the deceased’s pension. In exceptional cases, 110% may be paid out where a divorced ex-spouse is also entitled to a survivor’s pension.

A funeral allowance may also be awarded to family members of the deceased beneficiary who are entitled to the survivors’ pension with no requirement for a qualifying period.

Social security calculates the rates for this pension in the same way as an old-age pension. There is also a means-tested social disability pension for those who don’t qualify for the contribution-based pension.

A long-term care supplement is also available for social security pensioners who are dependent for meeting their basic daily needs. Social security considers the degree of dependency when calculating the amount of payment or support necessary.

Applying for your pension in Portugal

If you’re a taxable resident of Portugal, you should automatically receive your Portuguese pension once you reach retirement age.

If you plan on retiring early or deferring your retirement, consult the Centro National Pensoes (CNP). You’ll need to present your Social Security Number and fill out a number of official forms when you want to start claiming your pension.

You should always seek professional advice from a financial adviser or local pension office. As an expat, seek advice in all countries where you might have a pension. Consider consulting an international advisor to ensure you maximize your pension income and avoid unnecessary taxes.

If you’re eligible for a Portuguese state pension, you’ll start receiving it automatically once you reach the state pension age. It may be possible to begin claiming it earlier or defer and receive it later – but you’ll need to contact the social security authority.

If you have a workplace or private pension, allow yourself plenty of time to contact your pension provider. Being timely ensures you start receiving income once you’ve retired. 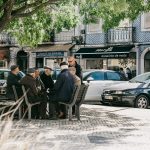