The tax system in Portugal

Learning about taxes might seem like a chore, but if you’re moving to Portugal, it’s important to get your head around the Portuguese tax system, which consists of a mixture of federal and municipal taxes.

This guide to taxes in Portugal includes advice on the following:

The tax system in Portugal

The Portuguese tax system consists of state and local taxes, which are generally calculated based on income, expenditure, and property ownership.

Foreigners living in Portugal must register as taxpayers before they can start earning money. You can register by completing a form and submitting it to your local tax office, which you can find on the Portuguese Tax Authority’s online portal (Portal das Finanças).

The Portuguese tax year runs alongside the calendar year (1 January to 31 December).

Federal taxes include income tax on earnings for employed and self-employed workers, corporate tax and VAT for businesses, capital gains tax on sales of property and other assets and inheritance taxes on estates.

There are some taxes levied at a local level, however. The most significant is IMI (Imposto Municipal sobre Imóveis) – Portugal’s equivalent of council tax.

IMI is charged by your municipality based on the value of your home and the perceived wealth of the area in which you live. IMI is only applicable to homeowners, so tenants are exempt.

Income from IMI pays for ongoing upkeep and maintenance of the local area, including services such as bin collections and recycling.

Residents with homes valued at more than €600,000 need to pay IMI at an additional level. This is known as AIMI, what many consider to be Portugal’s equivalent of a wealth tax.

Taxes on goods and services in Portugal

Businesses in Portugal with a turnover of more than €10,000 on taxable goods and services must pay VAT.

VAT in Portugal (Imposto Sobre o Valor Agregado, or IVA for short) was established in 1986, and comes with three chargeable bands:

Who has to pay tax in Portugal?

Your tax liability as an expat depends on your residency status, which is defined by how much time you spend living and working in Portugal each year.

Income tax rates for residents in Portugal are progressive, meaning you pay more tax the more you earn. Non-residents are taxed at a flat rate of 25% of income.

The Portuguese tax system for foreigners

Some expats living in Portugal can take advantage of the Non-Habitual Residency (NHR) tax codes, which provide substantial exemptions for the first 10 years of residence.

NHR status is available for workers in qualifying professions and has two main benefits.

Firstly, you can live as a Portuguese resident but not pay tax on your earnings elsewhere in the world (including employment and capital gains), effectively giving you non-resident status.

Secondly, you’ll pay income tax on Portuguese earnings at a flat rate of 20%, rather than the standard progressive rates of up to 48%.

In 2020, the Portuguese government increased the tax rate on foreign pension income from 0% to 10%.

Portugal awards golden visas to foreigners who purchase property worth more than €500,000. This enables investors to obtain residency in Portugal and travel freely within the European Union.

Since 2012, Portugal has issued more than 10,300 golden visas, with just under half of these going to Chinese citizens.

In 2020, the Portuguese parliament voted to ban golden visas for property purchases across Portugal’s coastline, including Lisbon and Porto. As of January 2022, real estate investments only count towards a golden visa in inland parts of Portugal, the Azores, and Madeira.

Portuguese residents must pay personal income tax on their earnings. Most workers pay taxes automatically through their payslips, but everyone must still complete an annual tax return.

Married couples in Portugal must submit a joint return. To calculate the relevant tax rate, the couple’s collective income is divided in two.

Portugal’s rates for individuals for 2022 are as follows:

Find out more in our guide to Portuguese income tax

How to file your income tax return in Portugal

The Portuguese tax year runs from 1 January to 31 December, with returns submitted the following spring. Returns can be completed online or via a paper form. Penalties for late returns can be anywhere from €200 to €2,500.

If you owe tax on income that hasn’t been deducted through Portugal’s pay-as-you-earn system, you can make payments in installments, which are generally due in July, September, and December.

Sole traders, freelancers, and people who run unincorporated businesses in Portugal will have their income assessed as personal earnings, and pay Portuguese income tax rather than corporate tax.

Read our guide to tax for self-employed workers in Portugal

Tax on property and wealth in Portugal

Capital gains tax in Portugal is charged on the sale of property or other assets at a rate of 28% for individuals and 25% for companies and non-residents. Residents pay taxes on only 50% of their gains.

Exemptions apply for residents selling their primary home and buying another property in Portugal or elsewhere in the EU, and those selling a property they bought before 1989.

As a property owner in Portugal, you must pay IMI, the Portuguese version of council tax.

Each individual municipality sets its own rate, which the municipal assembly decides.

Homeowners in urban areas with properties worth less than €125,000 can benefit from a three-year exemption on IMI, as long as they live in the property themselves.

You can get a further deduction of around €20 for each dependant, and exemptions also exist for people with low incomes or those with energy-efficient homes.

First introduced back in 2017, the Adicional Imposto Municipal Sobre Imóveis (AIMI) affects owners with a share in Portuguese property worth over €600,000. If you and your partner jointly own the property, you only pay AIMI if the value is over €1.2 million.

Regardless of residency status, the rates applied are 0.4% on the total amount for properties held by companies, 0.7% for individuals, and 1% for those owning property valued over €1 million. Data from the Portuguese government shows that nearly 89,000 homeowners paid AIMI in 2020.

If you decide after you have purchased your property that you wish to let it out, then you will be taxed on any profits you make from rental income. Net rental income is taxed at a flat rate of 15%.

The Portuguese government abolished inheritance tax several years ago, but a stamp duty known as Imposto do Selo may apply at a rate of 10%.

If you have to pay tax on inheritance in Portugal, you must do so within three months from the date of death. This is a strict deadline; you may have to pay a fine if you’re late.

To help reduce the burden paid by expats, Portugal has double taxation treaties with more than 60 countries, including Germany, Hong Kong, and the United Kingdom.

This means you can offset the tax paid in Portugal against any you might owe in your home country.

Discover how to plan your estate in Portugal

Businesses pay corporate tax in Portugal at a flat rate of 21% of any taxable profits. Local municipality surcharges of up to 1.5% apply, as do additional charges on profits of more than €1.5 million.

Small- and medium-sized companies can pay a reduced corporate tax rate of 17% on their first €15,000 of taxable profit.

Small businesses and sole traders with an annual turnover of less than €200,000 can choose to pay business taxes through a simplified regime, through which they pay tax on their turnover rather than their profit.

The deadline for completing Portuguese corporate tax returns is between 16 April and 16 May each year.

Learn more in our guide to corporate tax in Portugal

Filing a tax return can be complicated, especially if you’re self-employed or own your own business. With this in mind, it makes sense to seek advice from an accountant or tax expert.

You can also get advice on tax and social security issues from an English-speaking chartered accountant through the international directory through the Institute of Chartered Accountants in England and Wales (ICEAW). 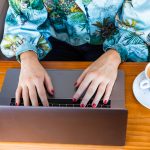 Self-employed tax in Portugal for freelancers 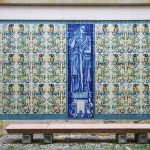 How to file your income taxes in Portugal