How to find jobs in Amsterdam

Home Working in the Netherlands Finding a Job How to find jobs in Amsterdam
Last update on June 24, 2020
Share

Amsterdam is one of the most popular places for expats moving to the Netherlands. If you’re looking for work in the Dutch capital, you’ll also find no shortage of English-speaking jobs. In fact, with English an increasingly common business language in the city, it’s not always necessary to speak Dutch to find work.

There are numerous employment opportunities and jobs in Amsterdam for international jobseekers. Amsterdam is the financial and business center of the Netherlands and is home to more than 2,700 international companies, accounting for some 15% of overall jobs in Amsterdam. In 2018 alone, 153 foreign companies opened up offices in the city, and this number is likely to increase even more in the wake of Brexit.

There are also plenty of major employers attracted to Amsterdam across a wide range of sectors. This includes law, accountancy, finance, and technology. Additionally, with the Port of Amsterdam and Schiphol Airport (the third-largest cargo airport in the world), Amsterdam is considered one of the main gateways to the rest of Europe.

Many expats work in Amsterdam in the financial and business districts. The Zuidas (the financial mile) has more than 700 different companies including:

There are many other popular business districts in Amsterdam, including Bijlmer, which has Amsterdam’s biggest shopping center, and the Rembrandt Tower.

Several international companies have their regional or global headquarters in or near Amsterdam. There are many companies offering jobs to expats in Amsterdam, such as:

Amsterdam is also consolidating its position as Europe’s start-up capital. This has been aided by initiatives such as Techleap. This non-profit is the successor to StartupDelta and helps new businesses to access capital, talent, as well as other forms of local support.

As a matter of fact, Amsterdam was ranked the 9th best city in the world for start-ups in 2019.

Dutch work permits and Dutch residency visas are closely linked and in some cases you will need to find work in Amsterdam before you can apply for any Dutch visa or permit. However, conditions apply depending on your nationality:

The Public Employment Service in the Netherlands (Uitvoeringsinstituut Werknemers Verzekeringen – UWV) offers a range of jobs in Amsterdam as well as across the Netherlands. There are branches all over Amsterdam where you can find both permanent and temporary work in Amsterdam, as well as get advice and information to boost your job-hunting efforts. You can also browse their list of vacancies Amsterdam jobs online (in Dutch).

Expatica jobs lists multilingual jobs in Amsterdam for English speakers, as well as in other Dutch cities, in a range of industries including sales, marketing, IT jobs in Amsterdam, education, retail, and more.

Seek out others with similar professional or business interests and attend events in Amsterdam. You can also find many business networking groups and clubs in the Netherlands. Some Dutch jobs are filled by word-of-mouth, so business contacts can play an important role in finding work in Amsterdam.

Get in touch with like-minded people through online meet-up groups that arrange events in the city. There are hundreds of meet-up groups mainly based in and around Amsterdam that could prove useful when looking for work in Amsterdam. There are many, such as:

Teaching qualifications are not always required – Berlitz, for example, offers initial as well on-going training and support. Read even more about teaching abroad and teaching in the Netherlands.

Expatica’s annual International Job Fair offers expat jobs in Amsterdam and English-speaking jobs in Amsterdam. The fair connects expats with prospective employers from a wide range of industries, including face-to-face meetings with multilingual recruiters as well as workshops to help you apply for Dutch jobs.

IN Amsterdam, formerly known as the Amsterdam Expatcenter, is an initiative of the Dutch immigration office (IND). It offers advice to highly-skilled migrants and scientific researchers looking for expat careers in Amsterdam as well as around the Netherlands.

Located in the World Trade Center in Amsterdam Zuid, you can get even more information on a range of work-related topics including looking for work in Amsterdam, immigration procedures, as well as Dutch employment law.

Find out which companies in your particular field are based in Amsterdam and write a speculative application. This is perfectly acceptable in the Netherlands and can, in fact, be a direct way to find work in Amsterdam.

You can also find a list of sponsor companies that have permission to hire highly-skilled migrants or check the Yellow Pages. You can read even more advice on putting together a Dutch-style CV and cover letter. 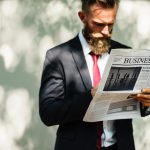