The 30% ruling in the Netherlands allows certain expat employees to benefit from tax breaks – but under what conditions, and for how long?

The 30% ruling (or, as the Belastingdienst calls it, the 30% tax facility) is a tax break available to employees who move to the Netherlands. In some cases, thanks to a loophole, it even also applies to entrepreneurs. The 30% ruling is a notorious magnet for highly skilled migrants, and does not come without any controversy.

However, this advantage is not available to every expat in the Netherlands; there is quite a long list of conditions to meet if you want to benefit. It is critical to understand how the 30% ruling works and what these conditions are in a timely fashion: in fact, even before moving to the Netherlands.

This guide explains everything you need to know about the Netherlands’ 30% ruling, with sections including: 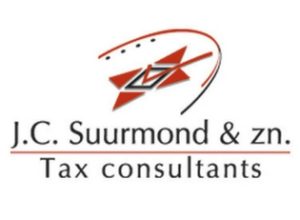 Apply for the 30% ruling

The 30% ruling is a Dutch tax exemption for employees who were hired abroad to work in the Netherlands. If your situation meets various conditions, your employer can pay 30% of your salary as a tax-free allowance. The tax-free allowance is considered a compensation for the expenses that you incur by working outside your home country.

Read more about work visas in the Netherlands

The 30% ruling in the Netherlands is a way to entice skilled expat workers into the country. However, it has been the focus of political debate in recent years. Many Dutch parties regularly propose to cut the allowance or even scrap it entirely. Plans by the government to reduce the allowance period came into effect on 1 January 2019, although it granted a transition period until January 2021 after protests.

Who can claim the Dutch 30% ruling?

To be eligible for the 30% ruling, the employment must meet the following conditions:

The 30% ruling for PhD and Master’s graduates

There is no minimum salary requirement for scientific researchers who find employment with a university or with a research institution that receive subsidies from the government. Medical specialists in training also have no minimum required salary.

The 30% rule for self-employed workers

The Dutch 30% ruling is for employees only. However, if you are starting your own business in the Netherlands, you may be eligible for the 30% tax allowance.

You must set up your enterprise as a limited company (BV) and put yourself on the payroll. This will be conditional on you meeting the other ruling requirements.

How does the 30% ruling in the Netherlands work?

The most common way to apply the Dutch 30% ruling is for the employee to agree to a salary reduction of 30%. They still receive this percentage from their employer, but as a reimbursement of expenses, which is then not subject to income tax.

However, the employee must still meet the minimum salary requirements after the 30% reduction. This can include non-cash advantages such as holiday allowance, company car, and other benefits.

For example, your original salary is €40,000; reducing it by 30% brings it down to €28,000. This would take it below the minimum threshold. You would therefore only be able to accept a reimbursement that brings your salary down to the threshold (which is currently €1,653 on a €40,000 salary). You would still benefit from the 30% ruling, but not for the full amount.

But if, for example, your salary is €55,000, this could be split between a €38,500 base salary and €16,500 as a reimbursement, because your reduced salary is above the current threshold. This means that you can enjoy the full benefit of the 30% ruling.

Bear in mind that the employer has not obligation to pass on the advantage of the 30% rule to the employee. In practice, it is possible for the employer to partially or fully pocket the benefit. This usually only happens when employees are unaware of the 30% ruling benefits. Discuss this issue with any potential employers before taking up the post. In addition, it’s probably a good idea to hire the services of an accountant or tax advisor.

How long can you claim the 30% tax ruling?

Rules around how long you can claim the Dutch 30% ruling for are currently undergoing change. Prior to 2019, the claim period was eight years. However, this became five years as of 1 January 2019.

After a period of discussions, the Dutch government agreed to implement a two-year transition period lasting until 1 January 2021. This means that:

What if I change jobs?

If you change jobs, you can reapply for the 30% ruling, provided that you still meet the conditions. You must however sign your new employment contract within three months of termination of the previous.

The 30% ruling for international workers who started receiving it between January 2013 and January 2016 ended as of January 2021. There are numerous consequences. Not only did your take-home salary become lower, but you also need to start thinking about your wealth and what this means for your 2021 tax return.

Find a tax advisor in our Business Directory

Without the 30% ruling, you can no longer opt to be considered a partial non-domestic taxpayer. In other words, you will now pay taxes as a full resident, and you will need to state your worldwide assets in your Dutch tax return. It is important that you prepare thoroughly for this change, and we highly recommend that you seek tax advice.

Benefits of the 30% ruling in the Netherlands

In addition to receiving 30% of your salary tax-free, there are many other benefits to the Netherlands 30% ruling.

Under the 30% ruling you can opt for partial non-residency status. This means that, even while residing in the Netherlands, you will be considered to be a non-resident taxpayer in Box 2 and Box 3 of the Dutch tax return form. However, you will still be a resident for Box 1 income.

Learn how to file your income tax return in the Netherlands

Non-residents don’t have to pay income tax on Box 2 and 3 income (except on real estate located in the Netherlands and substantial shareholding in a Dutch resident BV). You will also be entitled to the partnership ruling in Box 1.

This also applies to all family members registered at the same address as the holder of the 30% ruling.

Applying for the Dutch 30% ruling

You will need to provide the Dutch tax office with copies of:

Lowering your taxable income will most likely have implications for your potential pension, as well as unemployment or disability benefits, since these benefits are based on your taxable salary. This is one of the reasons why both employer and employee must complete the application for the 30% ruling, and that an agreement in writing is necessary. More importantly, it is also why consulting a tax advisor is probably wise. 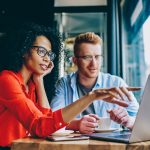 Starting a business and keeping the 30% ruling in the Netherlands Inheritance tax in the Netherlands Freelance taxes in the Netherlands: filing taxes when self-employed