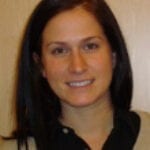 Is your child already speaking Dutch? Learning Dutch for children is particularly important if they plan to attend school or university in the Netherlands.

Having selected a school for their children, expat parents might be feeling some sense of relief at this time of the year, but relief at having crossed this major hurdle could be short-lived. The next and almost inevitable issue after deciding a school will have come up: learning the Dutch language; a major consideration for parents as well as their offspring!

Whether you’ve enrolled your child in an international school in the Netherlands or a local Dutch school, you will probably find that your child’s exposure to the Dutch environment, in even the simplest of ways, means that he/she is beginning to pick up bits of the language without even trying. For example, after only a few weeks of living in Holland, your daughter might be telling you about Dora the Explorer’s adventure “naar het bos met vrienden”; or asking you for a sandwich “met boterhamworst.”

Whether you are planning to stay in Holland for only a short period, or indefinitely, are obvious considerations when deciding whether or not to learn Dutch yourself.  However, your child won’t focus on such practical matters, and, by simply trying to make friends and “fit in,” he/she will likely pick up the language with much less effort than you do.

Young children especially, lack certain complex social anxieties that sometimes inhibit adults. They are less embarrassed to make pronunciation/grammatical errors, and, typically, will be more willing to try to speak Dutch even if they make mistakes. Through pure necessity to communicate, kids will probably take a crack at sentences, like “Zullen wij naar buiten gaan?” or “Wij gaan naar de bioscoop vandaag!”; whereas most adults are more reluctant to hazard the ‘g’ in gaan, which requires making unfamiliar gurgling sounds in their throat!

Also, research shows that youngsters who have experience in moving from place to place are more adept at making new friends, diving into personal relationships in a more agile way than children who have not experienced a transient lifestyle. They are often able to quickly move into deeper levels of friendship — levels where it is alright to discuss personal opinions, and to disagree with peers. However, to be able to communicate at such a level, a good level of Dutch is necessary and this spurs on the children to pick up the language more rapidly.

Aside from social reasons, children are more able to pick up any language more quickly than adults because they don’t have the sound and contextual associations with words that adults do, which makes it easier for them to pronounce new sounds and words.

Perhaps you have not planned on learning Dutch while you are in The Netherlands, or perhaps you are simply too busy–a reality for many expats! Of course, that is your choice–but keep in mind that your child is out there absorbing the language without even trying, and it could bring up some interesting issues within your family life.

Living in the Netherlands means that your child will become socially involved with Dutch children. When this happens, your child most likely will want to bring home his/her new Dutch friend for a play-date. It may become difficult for you to be able to effectively look after your child and play-mate if you cannot understand the Dutch they are speaking to each another.

You can’t expect your child to be the constant translator in this situation because then the ‘play-time’ seems more like ‘work-time ’, and because you will likely miss things in translation, which can be a problem if it is something important like “Sebastiaan feels sick and wants to go home!”.

No matter where you are in the world, as a parent, your most important goals and responsibilities are to make your child feel happy and safe in his/her environment. Family dynamics, like trust, attachment, and love, become particularly important for expat families, as they rely on each other for comfort and security during transient times. For example, when making transitions and re-locating, even those with normally high levels of confidence can experience a lack of self-esteem. As they “start over”, culturally speaking, they have to re-learn norms, values, and re-establish a sense of self and purpose in their new environment. Expat children often (re)develop their own self-esteem and confidence during transitional times through their attachment to their parents (and/or primary care-givers). It is, therefore, critical that parents are willing to be involved in the transition process alongside their child in these situations. If there is a gap between your child’s language development and your own, this could strain certain aspects of your family’s support system.

While there is no denying that parents have a huge impact on their child’s development of self-esteem during times of mobility, it is also the case that a child has an influence on his/her parents’. This duality of influence between parents and children is interesting in the case of language acquisition in a non-native country.

For instance, when a family relocates to the Netherlands and the child is the one learning Dutch first, it can bring up feelings of insecurity on the parent’s part. In turn, this insecurity can create uncertainty and wavering of the child’s own confidence.

As you can see, this issue of “To learn or not to learn Dutch” becomes an important, and not-so-easily-resolved topic for expat-families in The Netherlands. The bottom line is that if you want to make the most of your time here, there are many benefits to becoming (at the very least) familiar with the native-tongue, and, by supporting your child’s new language learning and skills you are supporting them emotionally, socially, and giving them a helping hand to success!