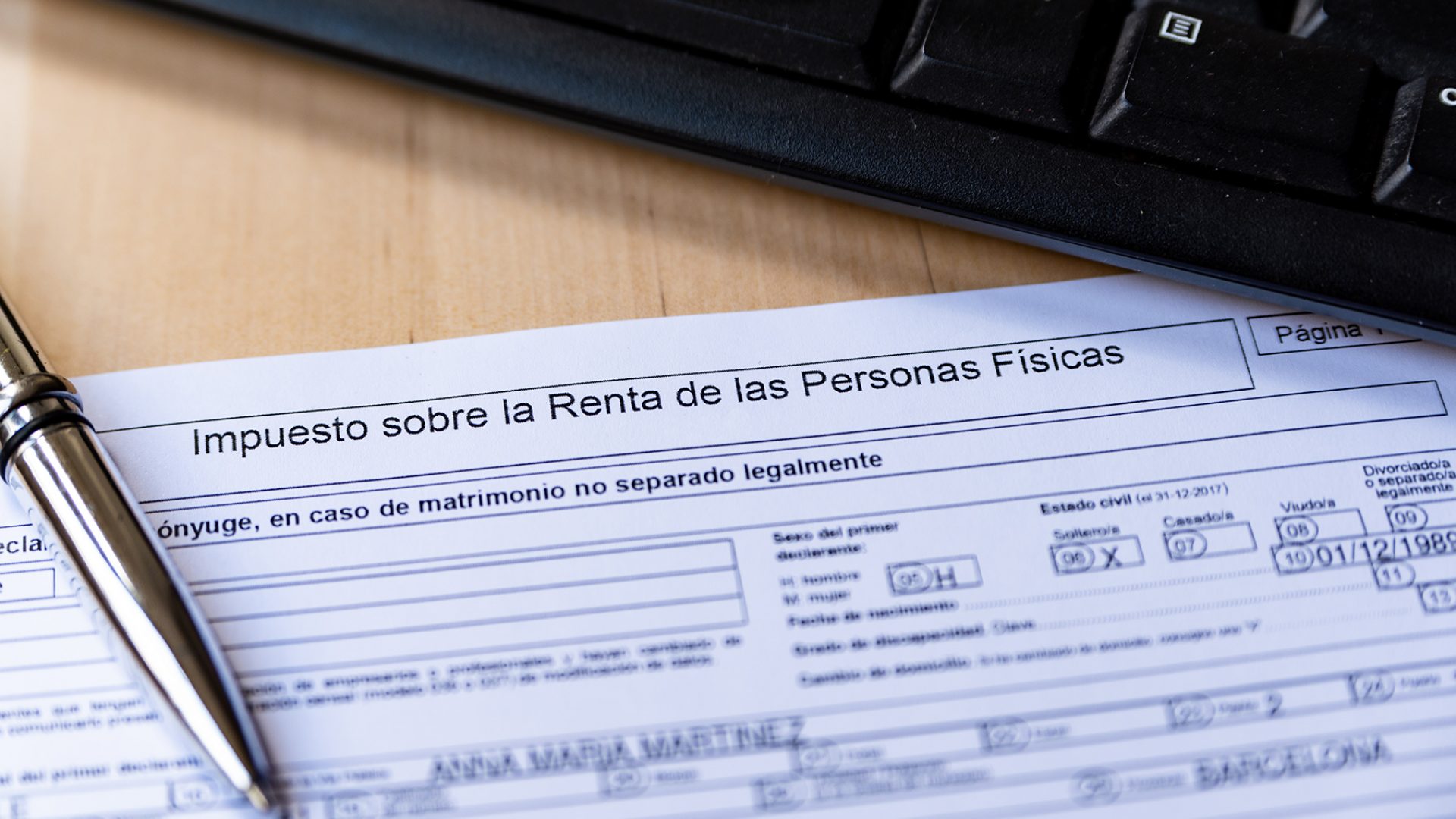 For expats living under the Iberian sun, our easy guide to income tax in Spain will help you file your Spanish tax return without any stress.

When moving to a new country, getting your head around the various rules and regulations can be one of the biggest challenges. But we’re here to help. This guide explains everything you need to know about Spanish tax returns, including advice on the following:

Moving your business to Spain? Keep on top of your tax needs with BCN Business Services. Their expert team of consultants provide a range of services for foreign companies and investors in Spain, including taxes, accounting, insurance, and much more. Take the hassle out of your Spanish taxes and speak to BCN Business Services today.

The income tax system in Spain

Spanish income taxes represent around a third of the government’s income, and both residents and non-residents are liable to pay tax on their earnings.

Before filing an income tax return, you’ll first need a mandatory tax identification number (NIE number), which tracks financial and legal activities in Spain. European citizens must apply for an NIE number after three months of residence in Spain. Non-EU citizens typically receive their NIE number when their residency application is approved.

Who pays income tax in Spain?

Even if you don’t live in Spain for the whole year, you could still be considered a resident for tax purposes. Anyone who meets one of the following requirements must pay income taxes as a resident of Spain:

In recent years, the Spanish authorities have begun to crack down on tax evaders. This means that the burden of proof of non-residence belongs to individuals. Consequently, if you have a local Spanish address, a car with Spanish license plates, a Spanish mobile phone, a Spanish bank account that you use regularly, or have used the Spanish healthcare system, you may be considered a tax resident.

Income tax in Spain for non-residents

Non-residents aren’t allowed any deductions or credits when filing their tax returns, with the exception of some expenses permitted for tax residents of other EU countries.

Tax residents are liable to pay income tax in Spain on money from a range of different sources. There are two types of taxable income in Spain: general taxable income (renta general) and savings income (renta del ahorro). Consequently, you’ll need to take both into account when filling out your Spanish tax return.

Taxes on income and salary in Spain

Spanish employers are obliged to make withholdings of taxable income paid to their employees. Employers make these payments on a monthly or quarterly basis depending on their turnover. Finally, the tax authorities deduct them from the individual’s final tax bill and refund any excess paid.

For Spanish tax residents, general taxable income includes salaries and any other income that isn’t from savings. This can include things like lottery wins, benefits in kind, school tuition reimbursements, and assignment allowances. If you’re considered a tax resident, you’ll also need to declare any assets you own outside of Spain.

Resident taxpayers who are married, either in a heterosexual or same-sex marriage, can choose to be taxed separately or together.

Beckham’s Law was introduced in 2004 to entice a greater number of expatriate workers and international companies to Spain.

The rule means that employees on assignment in Spain can pay a flat tax rate of 24% on income up to €600,000. Those who earn more than this amount pay 47% on additional earnings. There’s also a 3% tax rate payable on any income from dividends, interest, or capital gains over €200,000.

Beckham’s Law is available to expats who haven’t been a Spanish tax resident in the last 10 years, have relocated to Spain specifically for a job with a Spanish employer, and will work in Spain for at least 85% of the time. Applications must be made within six months of moving to Spain, and benefits last for a period of six years.

Some portions of employment income are exempt from taxation in Spain. These include the following:

In addition, under some circumstances, indemnities paid for dismissal or termination of employment contracts are exempt from taxation up to a maximum limit of €180,000. The free use of a company car is only exempt from income tax if its use is restricted to professional activities.

Income tax on savings is levied at the following rates:

Any rental income received from Spanish property is liable for income tax. Tax residents and non-residents living in the EU/EFTA pay 19% of rental income as tax but can deduct certain expenses.

If your tenant is living in the property – i.e., it’s not a commercial space – you can avail of a 60% reduction before you calculate your net taxable income.

Other deductibles include depreciation of 3% per year of the cost of the property, as well as expenses such as house insurance, the local property tax (IBI), property repairs, and management fees if these are not paid by the tenant.

Landlords who are EU residents but don’t have a principal tax residency in Spain will need to obtain a certificate of tax residency in the corresponding member state and file that along with their tax returns.

Non-residents who own property but live in any other country must pay income tax on rental returns at 24%. Furthermore, they are not allowed to deduct any expenses related to property maintenance or management. Even if you don’t rent out your property, you’re might still need to pay an annual non-resident imputed income tax (NRIIT) of between 1.1% and 2%.

How to file your tax return in Spain

The Spanish tax year runs from 1 January to 31 December. The period for completing income tax returns is between 2 May and 30 June the following year.

In your first year of tax residency in Spain, you’ll need to file a tax return. From the second year onwards, you’ll only need to file a return if your income from employment is greater than €22,000, as your income tax will have been calculated and deducted by your employer. This only applies if your job is your only source of income.

Income tax returns can be filed online at the tax authority’s website. You’ll need a digital identification certificate to file. You can also submit your returns in person at your local tax office or at a Spanish bank where you’re an account holder in some circumstances.

The Spanish federal income tax rates for 2021 and 2022 are as follows:

A number of websites offer an idea of how much income tax you may be required to pay as an expat in Spain. Examples include the following:

Furthermore, if you have children under 25 living with you, you can claim an allowance as follows:

Generally, you can claim tax deductions in Spain for:

As of January 2021, the maximum contribution to a Spanish pension plan for tax purposes was reduced from €8,000 to €2,000. However, the limit is set at €8,000, provided that the increase comes from company contributions and does not exceed 30% of the sum of net income from employment and economic activities received by the individual in the tax year.

Tax residents who are freelancers or self-employed professionals, called autónomos, pay income taxes in Spain at the same rate as everyone else. Unlike employed workers, most self-employed people need to file on a quarterly basis and make advanced payments to the tax office.

Freelancers may claim tax deductions on several grounds, provided they have proper invoices and receipts. These include expenses such as social security contributions, accounting and tax service costs, professional subscriptions, office expenses, phone, internet, and any vehicles used for work.

For more information, see our guide to Spanish income taxes for freelancers.

Income tax in Spain for foreigners

Spain has double taxation agreements with over 80 countries around the world, so expats may be exempt from certain tax liabilities in their home countries. Typically, you won’t be taxed on the same income twice, but bilateral agreements differ from country to country. Therefore, it’s best to consult a Spanish tax law professional on queries about income tax in Spain.

If there is no treaty with your country of origin, you may deduct the foreign tax paid when filing your Spanish tax returns. Additionally, foreign compensation may be applied. Your Spanish lawyer can also calculate this amount for you.

Expats residing in Spain who own assets in excess of €50,000 outside the country have been legally obliged to declare those assets by 31 March of the tax year in order to reduce the amount of tax avoidance. Failure to do so could incur severe penalties or criminal charges. These assets include money held in bank accounts, property, shares, and life insurance policies.

Spain’s online tax system allows you to find out straight away if you’ve overpaid on tax, so any refund due should be shown automatically.

To claim a refund, you’ll need to include your bank account details in your tax return. The sum will then be credited automatically.

If you fail to complete a tax return in Spain, you can expect to pay a fine and interest on any tax owed. If you file late, you may be charged a fee ranging from 5% of the tax due (up to three months late) to 20% (more than a year late).

Additional penalties of between 50% and 150% of the tax due can be charged if late submissions are not made voluntarily (for example if the tax office has demanded the submission). You’ll usually be charged the minimum penalty if you haven’t deliberately tried to avoid tax. The biggest penalties are generally designed for those who’ve made deliberate or repeated violations.

The advice in this article offers some insight into Spanish tax guidelines, but specific questions about Spanish tax returns and how the law applies in individual cases should be directed to a Spanish legal expert. As a starting point, you can consult our Spanish business directory to find a tax advisor.

American expats living in Spain can also get in touch with Taxes For Expats for help with filing their annual US tax returns.