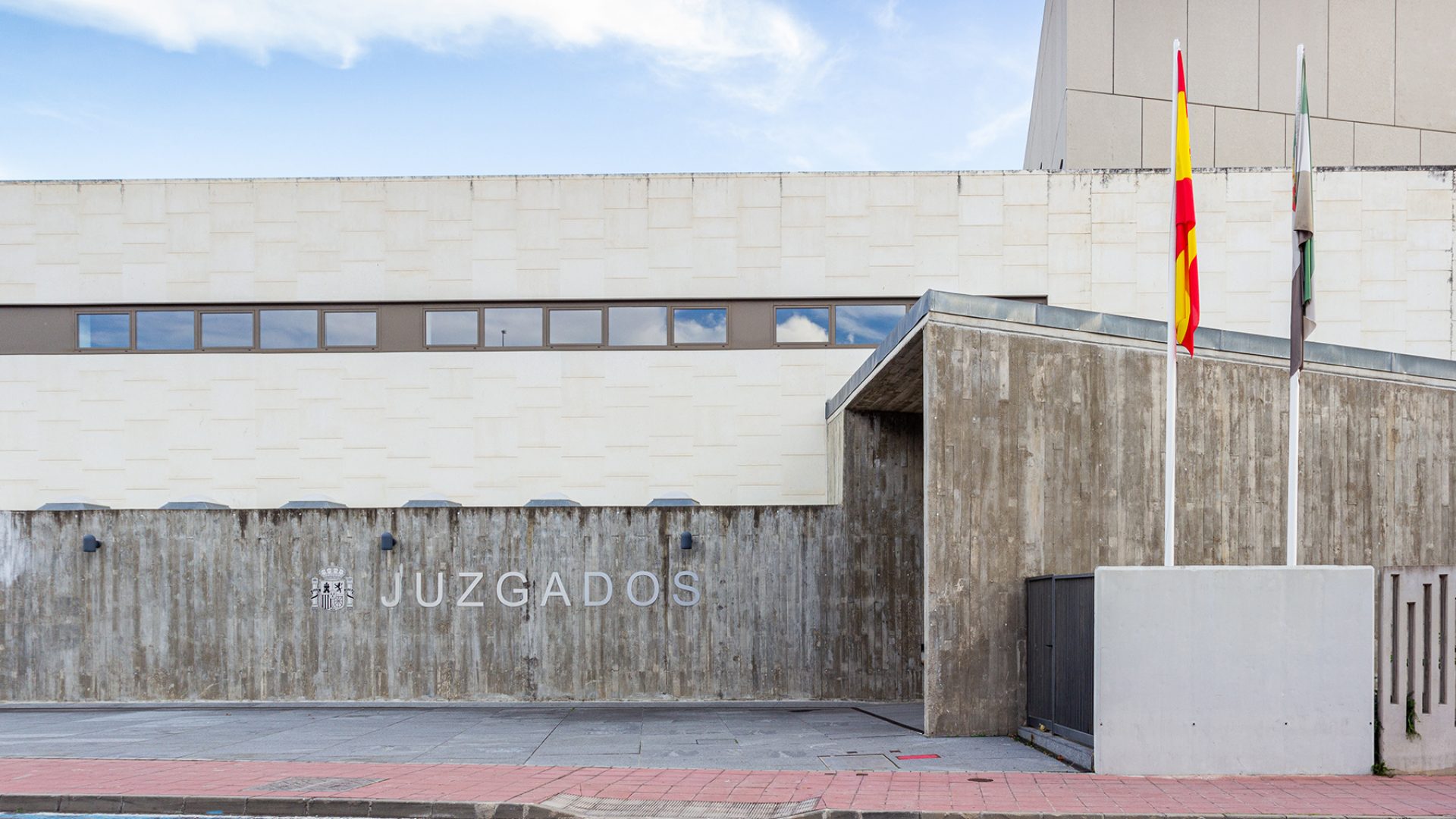 Inheritance tax in Spain applies to everyone, residents and non-residents alike. Also called succession tax (impuesto de sucesiones y donaciones or ISD), the progressive tax becomes payable upon receipt of an inheritance from a friend or relative—whether this is property, money, or an asset of any kind.

Spanish law specifies how you may dispose of your estate. However, these rules vary depending on where you are living. While Spanish inheritance law derives from the country’s civil code, regional regulations enacted by the autonomous communities mean that similar estates in different parts of the country are treated very differently when it comes to laws concerning inheritance tax in Spain. Catalonia, Aragon, Galicia, the Balearic Islands, the Basque Country, and Navarre have their own succession rules.

Where no regional regulations exist, the Spanish Civil Code applies. This guide looks at these nationwide rules.

There are several rules concerning the disposal of your estate in Spain. If your estate is dealt with under Spanish inheritance law, forced heirship rules apply (the Law of Obligatory Heirs in Spain). This means there are restrictions on how you distribute your estate, as a certain percentage needs to be set aside for close relatives. Again, these vary considerably from region to region.

Overall, the nationwide Law of Obligatory Heirs states that if the deceased was married at the time of death, the spouse keeps 50% of all jointly-owned property. The remaining 50% goes towards the estate. The division of the estate is into three equal portions:

Foreigners living in Spain may not give away more than the freely disposed part of their estate (one-third), as the rest must be reserved for obligatory heirs. However, if an international or Spanish will stipulates that the laws of the testator’s home nationality apply, no aspects of Spanish inheritance law apply to either Spanish or worldwide assets in that case.

Changes to European Union rules in 2015 mean that EU citizens living in Spain, as well as those from a number of non-EU countries, can now choose whether the law of their home country or their country of residence applies to their estate.

Furthermore, the new rules regarding Spanish inheritance and gift tax allow non-residents from within the EU/EEA to be treated the same as residents.

What if an expat leaves no will in Spain?

If an expat dies intestate (i.e., without a will) and owns property or assets of any kind, a lengthy and cumbersome process may follow. Spanish law requires that the inheritance process be completed within six months. As such, it is best to contact a lawyer quickly.

If the death occurred overseas, the estate’s beneficiaries require several original death certificates for official entities. Where such certificates are not in Spanish, they must be officially translated and legalized or apostilled.

To claim or handle someone’s Spanish estate if they died without a will, you must apply for a grant of probate. EU citizens can generally apply for such a grant in their own country. Again, these too must be translated and then legalized or apostilled before you can present them to a public notary in Spain to claim your inheritance. Your lawyer can also request a statement from the Central Registry of Spanish Wills that the testator had no will in Spain.

In general, the main documents required include the following:

Read Expatica’s guide to making a will in Spain

The Spanish General Directorate of Taxes (the Agencia Tributaria, colloquially referred to as the Hacienda) governs inheritance tax in Spain and associated reliefs. It does so in line with the country’s Inheritance and Gift Tax Act (IGTA), which establishes a common platform to regulate inheritance and gift taxes. However, each autonomous region can modify applicable tax rates and reliefs for their own territories.

Unlike in other countries, the recipient of any legacy pays Spanish inheritance tax on assets received after death and on lifetime gifts. Inherited pension funds are also subject to succession tax.

Since the introduction of new laws in 2015, both residents and non-residents receive the same treatment for tax purposes with regards to rates and allowances.

Spanish inheritance tax rates as set by the national government are progressive and fall within the following brackets, based on inheritance amount:

Reducing your inheritance tax in Spain

Spanish law provides for a number of inheritance tax reliefs. These differ depending on the heir’s relationship with the deceased. Beneficiaries fall into four groups when it comes to inheritance tax in Spain:

Each Spanish region may increase the tax allowance amounts for these groups at will. For example, Valenciana, Andalucía, and Cataluña all provide significant inheritance tax reductions for spouses and children. Therefore, it’s worth checking with regional authorities to work out exactly how much Spanish inheritance tax you owe.

Currently, there are no blanket exemptions between spouses, as is the case in other countries. When a married couple lives in Spain, the surviving spouse may become fully liable for the worldwide assets inherited from the deceased, subject to any available allowances and reliefs.

Unmarried couples have the same rights as married couples for legal purposes in certain Spanish regions if they are a de facto couple (pareja de hecho) and live together. Some regions call this registration different names. Additionally, in some cases, minor children may be able to claim an additional exemption for each year until they reach the age of 21.

There are also reliefs on Spanish property. The inherited value of the main home of the deceased attracts a 95% allowance against its value, up to €122,606.47 per inheritor. This deduction only applies to groups I or II, or in the event that a relative above 65 years of age was living with the deceased for a period of two years prior to their death. Furthermore, if the heirs don’t sell the deceased’s main residence after five years, they can claim an additional tax allowance.

The state treats gift tax and inheritance tax together. Inheritance tax falls due upon any increase of wealth as a result of a third person’s death. On the other hand, gift tax becomes payable on wealth increases because of presents from a living person. The definition of such gifts is complex; allowing someone to use your house may constitute a gift for tax purposes, for example. Such gifts are liable for personal income tax on any potential capital gain.

Unlike Spanish inheritance tax, however, you must declare gift tax in Spain within 30 calendar days of the gift being presented. Beneficiaries become liable for such payments upon the date they are made.

Gift tax is calculated on the net value of the goods and rights in question. It is levied at the same rate as Spanish inheritance tax as described in the table above. The same reliefs also apply.

A special rule applies to real estate gifts. In such cases, the municipal tax applicable to the transfer of real estate is also triggered – although there may be certain exemptions.

Read our guide to real estate in Spain

Since 2015, Spain aligned with EU-wide rules on gift tax, offering the same fiscal advantages as other EU countries. This rule is particularly relevant for British nationals in the wake of Brexit, as non-EU members pay tax at a higher rate, with no allowances or reduction applicable. Seek legal help for specific advice regarding your position.

Spanish inheritance and gift taxes can be paid directly to the Agencia Tributaria. You can do this by filling out Form 650 (in Spanish), a self-assessment inheritance tax return, on the authority’s website. However, not all Spanish regions offer this facility.

For gifts made within the lifetime of the donor—inter vivos­—gifts, it’s Form 651 that you need instead.

However, given the complex rules surrounding gift tax and inheritance tax in Spain, it may be worthwhile consulting with and retaining a family attorney to act on your behalf. This option could work especially well for people living outside Spain.

Spanish authorities will not release an estate until all Spanish inheritance tax has been paid. Beneficiaries have six months to pay taxes, but can claim a one-time extension of an additional six months or pay in installments.

Spanish law allows six months from the date of death for declarations of inheritance tax. Taxes that remain unpaid by this deadline are subject to an additional 5% levy every three months, up to a maximum of 20%.

If the tax and fines remain unpaid, there is a risk the asset will be taken over by the state and sold.

Specific exemptions may be granted in view of the global coronavirus outbreak; however, it is best to check with the Hacienda before making assumptions in this regard.

Advice on inheritance tax in Spain

As you will have concluded, inheritance laws in Spain are complex, with several possible exemptions. As such, whether you are thinking of your legacy or you want to claim an inheritance, it is best to consult a lawyer.

You may find the following links useful on matters of tax and inheritance tax in Spain: Buying, importing and selling a car in Spain