Being an au pair in Amsterdam

Home Working in the Netherlands Finding a Job Being an au pair in Amsterdam
Last update on October 26, 2020
Share

Every year many foreigners find au pair work in Amsterdam or the Netherlands, however, Dutch au pair agencies have been scrutinized due to reports of exploitation.

Every year, thousands of young Asian women find au pair work in the Netherlands. Dutch agencies make enormous profits recruiting and supplying them to families, and the market has doubled in just 10 years, not least the au pair Amsterdam and au pair international jobs markets.

‘Live-in household and childcare help for just €340 a month plus room and board’: it’s music to the ears of working Dutch parents with children.

However, many au pairs in the Netherlands experience unfavorable working conditions that would likely be considered against Dutch labor laws for working au pairs, and Dutch au pair agencies have been scrutinized in the past due to reports of exploitation. However, there are conditions included as part of the Dutch au pair residency permit to protect au pairs in the Netherlands, for example, a limit on working hours and a signed agreement on set tasks.

An au pair in Amsterdam takes care of the children, performs light cleaning duties, learns the Dutch language and about Dutch culture. Working in au pair international jobs appealed to Catleya, a 23-year-old Philippine woman. An au pair agency arranged for her to start au pair work in Amsterdam with a family.

On her first night in the Netherlands, she could hardly sleep because she was so excited. The following day, she was given a list of cleaning instructions. On the second day, more tasks were added to her list, including cleaning the windows. This didn’t fall under the ‘light household cleaning’ clause in her contract but she was too scared to say anything.

“My host father was a perfectionist when it came to cleaning. If I did one tiny little thing wrong, he’d tell me over and over again. I thought to myself, have I exchanged my life in the Philippines for this? I hadn’t expected to be treated like a menial by the family. I slowly learned to accept the fact that if there was something dirty in the house, I was responsible for it.”

A week after Catleya arrived, her host family had given her a full cleaning roster: on Mondays, Wednesdays and Fridays, she had to dust and vacuum the entire house. On Tuesdays, she had to clean the kitchen from top to bottom and on Thursdays, she did the bathrooms and toilets. She made breakfast for the family every morning and cooked a hot meal every evening. And in between all that, she took care of two children.

Au pair in the Netherlands: salary

Catleya’s story is far from unique according to Diane Oosterbeek, who runs Bayanihan, an organization for Philippine women working in the Netherlands. Every week, the organization gets complaints from au pairs who have to work far too hard.

“On paper, they’re au pairs, but in fact, they’re cleaners. They work long hours and don’t get any days off. They’re being used as cheap labor and they therefore have the right to a salary.”

Oosterbeek has taken four host families to court to force them to pay their Philippine au pairs a salary. In all four cases, the judge ruled in favour of the au pairs.

Abuses of au pairs in Amsterdam

More than five years ago some 1,600 au pairs from outside the European Union were working in the Netherlands. One-third of them came from the Philippines. Filipinas are popular because they speak good English, and have a reputation for being careful and obedient.

Abuses can be reported to the Immigration and Naturalization Department (IND) but hardly anybody does this because the IND can rescind residence permits. Catleya did complain to her au pair agency but nothing was done about the situation.

Her agency, Smiling Faces, said it regretted that some au pairs were not satisfied with the service provided. The agency also undertook e-mailing all former au pairs to find out whether others had bad experiences.

Not just about money

Cherry, a 21-year-old Chinese au pair, said she had no problems with her host family but that agencies shouldn’t just be interested in making money.

“They should talk to the host family about what it’s like to have an au pair. They shouldn’t just say that they’ll provide an au pair who’ll do lots of work and take the money for that.”

The Dutch government monitored a selection of the 20 au pair agencies with which it worked because of suspicions about abuses, including exploitation, and one agency was quickly dropped. The IND said it would in future do its best to work only with au pair agencies which had been checked. It also planned to stop people from making contact with au pairs directly via the internet as they could previously do. 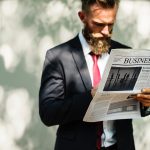