Home Out & About Excursions The Dutch tulip invasion
Last update on November 18, 2019
Share

As Dutch tulips spring into full bloom across the Netherlands, expat Tea Gudek Šnajdar takes a closer look at the connection between the Dutch and tulips.

Tulips are one of the most popular symbols of the Netherlands. It would even seem like there is a special connection between them and Dutch people; they are everywhere, in the city gardens, on postcards, you can buy them at the flower market or get wooden versions from the souvenir shops.

The Dutch and tulips

It all started in the 16th century when tulips came to Europe for the first time. In 1554 Austrian ambassador at Suleyman the Magnificent’s court sent the first tulip bulbs to Vienna from the Ottoman Empire. The flowers, with such intensive colours, were entirely exotic for the Europeans. But it was Carolus Closius, a famous horticulturist that worked in Vienna’s Imperial Botanical Gardens and later become a director of the Leiden University’s newly established Hortus Botanicus, who brought tulips into the Netherlands. He planted some of the tulip bulbs here at the end of the 16th century and, eventually, everybody wanted to have them in their gardens. People were thrilled by them.

Since this was the time when Holland’s trade fortunes were rising, tulips rapidly became a luxury item. The real tulip mania started between 1634 and 1637. Tulip bulbs became so expensive that they were treated as a form of currency. At the peak of tulip mania, in March 1637, some single tulip bulbs were sold for more then 10 times the annual income of a skilled craftsman. It is generally considered the first recorded speculative economic bubble.

Tulips, with around 75 wild species currently accepted, start blooming in the early springtime, and in just a short time, all the country is filled with the beautiful colours.

But if you want to experience the tulips blossoming in the most glorious appearance, you should visit Keukenhof garden. This year the garden of tulips opened its doors on 20 March and will remain open for only two months, while the tulip season is in its peak. During the whole year the team behind it prepares the garden for the new season. Every year around 100 companies are showing their live catalog here.

Since 2015 is the 125th anniversary of the death of famous Dutch painter Vincent Van Gogh, this year’s exhibition is dedicated to him. The Keukenhof is preparing some special installations that are inspired by his paintings. The highlight will be a 250sqm tulip mosaic that will be showing the famous painter’s self-portrait – it’s really something that shouldn’t be missed.

The history of the garden goes back to the 17th century when the Keukenhof Castle was built on the estate covering over 200 hectares. The castle garden was redesigned in 1857 by Jan David Zocher and his son Louis Paul Zocher, also famous for designing Amsterdam’s Vondelpark.

But the initiative of the modern Keukenhof garden came up in 1949 when a group of 20 flower exporters had an idea to use the estate for the permanent exhibition of flowering bulbs. The park opened its gates to the public the next year and was an instant success, with 236,000 visitors in the first year alone. It continues to be one of the most popular Dutch attractions with thousands of visitors each year from all over the world.

If you would like to visit it, take a look at their web site for more informations: www.keukenhof.nl.

Tea founded the Culture Tourist blog, and she is also a founder and head editor of Medievalwall.com. Her topics of professional interest include Medieval art and culture, cultural tourism and expatriate experiences. Following her studies in history and art history and having worked as a curator and museum educator, her articles are now published in several scientific and popular magazines and websites. Tea was born in Zagreb, Croatia, but currently lives in the Netherlands with her husband and son. 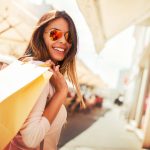 Hobbies Culture and Museums Cruises and Ferries More
Next Previous