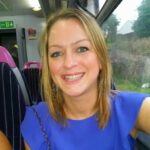 For a whole week in summer, Amsterdam paints the town in rainbow colors, dons glitzy feather boas, and comes together to celebrate love, diversity, and acceptance. With a spectacular canal boat parade and parties you won’t want to miss, Expatica provides a complete guide to Pride in Amsterdam.

Pride Amsterdam began in 1996 as a Dutch festival to celebrate freedom, personal choice, and diversity. From 27 July to 4 August 2019, there will be a vast array of activities for lesbian, gay, bisexual, transgender, queer, and intersex (LGBTQI) people. The color to wear is pink, although rainbow colors are also now synonymous with the event.

The theme for Pride Amsterdam 2019 is ‘Remember the past, create the future’. This commemorates the Stonewall riots, which broke out in New York in 1969. In fact, the riots served as a decisive moment in the history of the LGBT movement.

Each year, Pride Walk is the first event to kick off Pride Amsterdam. Its message is to highlight the situation and often danger which LGBTQI people face in less tolerant countries, where homosexuality is sometimes included in the penal code. Flags from those countries are carried, inspiring speeches are made, then the peaceful march starts at the Homomonument down to the Vondelpark. Join in, be yourself, and be seen!

After the Pride Walk comes the Pride Park opening party in the beautiful and centrally-located Vondelpark. Many activities are on the agenda. They range from artists performing at the Vondelpark Openluchttheater, to live poetry, DJs, and sports activities. There’s also a rainbow market where you can get Pride merchandise and information about the organization and events.

During the Pride Park opening party, there is also a Youth Pride field for young people to meet and enjoy fun activities.

The Drag Queen Olympics are the sporting spectacle of Pride. Visitors watch 26 of the best international drag queen contestants battle it out over a handbag toss, 100-meter stiletto run, and bitch volleyball. There’s also a big main stage with music and DJs and drinks stalls are on hand if it all gets too energetic. Anyone wishing to take part must register at the Homomonument at 17:00. The games officially begin at 19:00 and finish at 21:00 with a winner’s medal ceremony.

There is a multitude of street parties to celebrate Pride in and around Amsterdam where you can get into the spirit of things with other like-minded party people. Reguliersdwarsstraat, Amstelveld, Rembrandtplein, Spuistraat, and Dam Square are some of the favorites. If you’ve got the stamina, you can continue at one of the many gay club venues such as Paradiso, Marktkantine, Club Church, or Club Nyx.

The highlight of Amsterdam Pride has to be the main canal parade on the Saturday. 80 themed boats take to the canals of Amsterdam with colorful DJs, go-go dancers, and drag queens. Boats sail from the Scheepvaartmuseum through the Amstel River, up the Prinsengracht, and finish towards the Westerdok.

The grand finale of Pride Amsterdam

The official closing party of Pride Amsterdam is on Dam Square and is free of charge. There’s a large outdoor stage in front of the Royal Palace and everyone comes together to celebrate the last day of the events. This year, you’ll see many famous international and Dutch DJs, artists, and other live acts.

You can also check out other worldwide pride festivals happening in 2019.