The Culture Trip: Top 10 films from the Netherlands 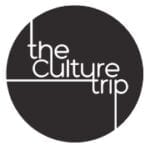 Windmills, clogs, poppies, and canals; these are perhaps the stereotypical images evoked by The Netherlands. The majority of the films on this list go beyond these trite observations and exhibit a plethora of diversity in the culture, history, and community of the Dutch and their country.

No story about the Nazi witch hunt, subjugation, and subsequent genocide of Holland’s Jewish population during World War II is more well known than that of Anne Frank. Based on the personal diary she kept for nearly two years whilst hiding in a secret annex in the family apartment; the entries only stopped when the building was stormed and its residents were arrested on 4 August 1944. The first film adaptation, The Diary of Anne Frank, was handled by George Stevens with remarkable care, patience, and feeling. He manages to accurately capture the worries, dangers, and atmosphere of this fraught period in Dutch history.

Amsterdam had officially ‘made’ it as a hotspot for international jet setters when Sean Connery put on his best womanising swagger through the highways, byways, and sparkling canal streets of the Dutch capital as 007. The last Bond film to star Connery, he bid farewell to his career defining character with a bare knuckle brawl scene in one of Amsterdam’s typical riverside apartments.

Exhibiting the city like a travel brochure, Diamonds are Forever showcases the capital through tourists’ eyes with a typical air of danger and style that comes with the franchise.

Before Paul Verhoeven emigrated to America to make kitsch sci fi romps including Robocop and Total Recall he was making quite a stir in his native Holland with home grown Turkish Delight. Based on the novel by Jan Wolkers, which is often included on the school syllabus countrywide; the film was a major success with audience figures of over three million upon its release. With roughly 27 percent of the population watching Verhoeven’s sultry and soothing love story, set within the Dutch art world, it is no wonder it ignited the career of Dutch acting behemoth Rutger Hauer. A quintessential piece of Dutch cinema and culture.

Another essential watch for young Dutch adolescents, Ciske de Rat is a true to form adaptation of the extremely popular children’s novel by Piet Bakker. The story follows lonely ragamuffin and street urchin Ciske who comes of age in 1930s Amsterdam. Adapted into two films, a TV Series, and even a musical; Ciske de Rat has been a pretty lively phenomenon, and became almost ingrained into the country’s hearts and minds.

Dutch box office figures show that both adaptations still remain in the top 10 most watched since 1945, a clear indication of the popularity of this national treasure.

From the novel of the same name by Harry Mulisch, The Assault is concerned with middle aged man Anton Steenwijk (Derek de Lint) and his mission to uncover the truth behind his family’s murder at the hands of Nazi storm troopers in 1945. An insightful look into Dutch resistance during World War II; Fons Raedmaker’s film is brimming with intrigue, suspense, and dread. One of only three Dutch films to win the Academy Award for Best Foreign Language Film; The Assault is a marvellous piece of forgotten Dutch cinema.

The last feature from revered and beloved documentary filmmaker Joris Ivens is also a stirring reflection on his life and career. The film follows Ivens (now in his 80s), as he travels to China in a quest to capture the wind through his camera lens. A mixture of surreal fantasy and reality, Ivens film offers an extroverted look at the country’s people and culture as well as the breath taking beauty of this mystical landscape.

Featuring dream sequences wrapped in nostalgia for early cinema; Ivens and fellow collaborator Marceline Loridan espoused working in ‘a no man’s land between Lumiere and Melies.’ Proving that his work is never quite what it seems, A Tale of the Wind is an eloquent swan song from an truly unique artist.

There was perhaps no better candidate when considering the first female winner of the Academy Award for Best Foreign Language Film. Outspoken feminist and gay rights campaigner Marleen Gross has presented the Netherlands with its very own feminist opus. Returning to her rural home town after years of separation, independent young Dutch woman Antonia creates a close knit matriarchal community and begins to affect the lives’ of everybody involved. A compelling fable of religion, gender roles, homosexuality, and friendship; Gross presents the audience with an uplifting message on the power of friendship and unrequited love. A filmmaker who fearlessly tackles the subject of sexual violence against women; Gross is one of the Netherlands’s most valued directors.

If you want to see the real Amsterdam, unadulterated, and unabridged, through the eyes of one of its natives, there is no better place to start than Johan van der Keuken’s epic four hour documentary. With a career spanning four decades and more than 50 documentaries, the industry unfortunately lost one of its greats when Keuken died prematurely of prostate cancer in 2001. Author, photographer, filmmaker; Amsterdam Global Village is a defining feature of Keuken’s legacy. On a journey through the city’s labyrinth, he encounters residents new and old, from all corners of the world, even following some of them back to their roots across state borders making for incredibly moving viewing. A vivid portrait of the Amsterdam melting pot and a loving eulogy to the capital and its inhabitants.

A graduate of the Netherlands Film and Television Academy (NFTVA) the reason Mike Van Diem vanished after his first feature film Character is a curious one, especially considering it was so highly acclaimed. Taking place in 1920s Rotterdam, determined young lawyer Jacob W. Katadreuffe is the prime suspect in the murder inquiry of his cruel and despicable bailiff father (Jan Declier).

With the darkness of Ingmar Bergman, the emotional core of the film rests upon the dysfunctional relationship between Jacob and his father. If anything the film acts as a haunting memorandum of how family dynamics can become introverted beyond all measure. A hauntingly macabre piece.

An extension of famous Belgian theatre director Ivan Van Hove’s industrious work ethic, Amsterdam is a natural progression from his avant-garde experimentalism from stage to screen. Amsterdam is an ensemble piece featuring some of the capital’s more vivid characters: an affluent American couple, a Dutch crime family, a homosexual French couple, an illegal Moroccan immigrant, and a working class German family. Through chance and circumstance the groups collide, some with cataclysmic results. Amsterdam offers an unusual look at the city’s darker elements and those that lurk in its depths.